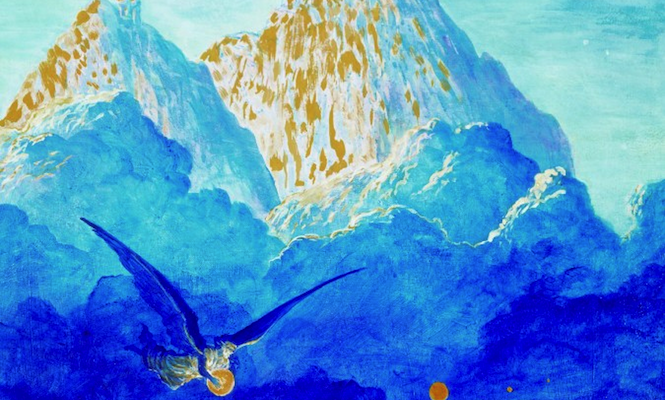 Not so much repackaging the genre as digging deeper to find its conceptual and experimental roots, there’s something almost apologetic about Light In The Attic’s attempt to redress preconceptions about New Age music as the terrifying harbinger of musak. “Before it became big business and devolved into the spaced out elevator music we know and loathe today, this was the real thing.”

In line with a renewed tolerance among crate diggers of ambient and experimental electronica that has seen Numero Group revisit the “celestial soul” of Iasos (see June’s Essential Collection) and Brian Eno’s All Saints label announce a string of reissues for John Cale, Harold Budd and Laraaji, I Am The Center: Private Issue New Age Music in America, 1950-1990 is the first comprehensive anthology to get into the substantial psychedelic potential of New Age.

Ignoring the genre’s quack-commercial developments, Light In The Attic have gone back to the time when New Age really was just that. The experimental electronic music collected here was made on primitive analogue equipment for little or no commercial gain, pressed privately and distributed in tiny quantities – the polar opposite to the computer-generated, universal noise blankets that would suffocate the genre and moulder the term.

Included in the collection are further outings for Iasos, whose music was once described by a psychologist as bearing “striking resemblances to the sounds of near-death experiences” and Laraaji, who produced Brain Eno’s Ambient 3: Day of Radiance, as well as the “time traveller music” of J.D. Emmanuel and Gail Laughton’s “Pompeii, 76 A.D.” which appeared in Blade Runner.

I Am The Center will be released on 3xLP via Light In The Attic on 28th October. Listen to Laraaji’s haunting “Unicorns in Paradise” below: