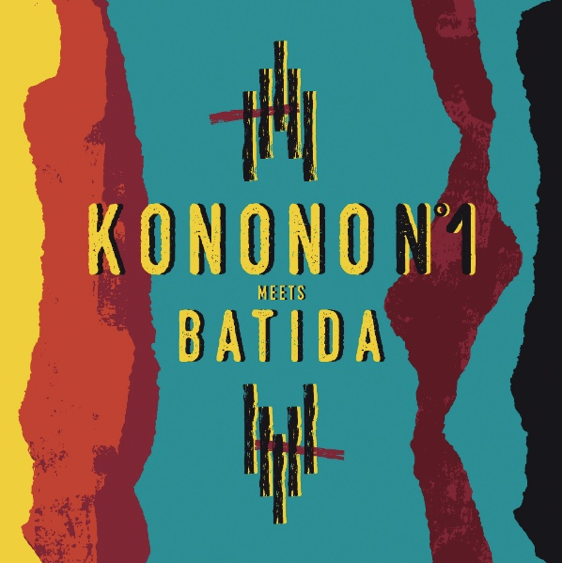 Masters of the electric thumb piano, Kinshasa’s Konono No.1 have joined forces with Angolan-Portuguese producer Batida for a new album of bass-driven afro-electro on Crammed Discs.

Originally from the Bakongo ethnic group from the border between the Congo and Angola, Konono No. 1 shot to international prominence following the release of their debut LP Congotronics in 2004, a DIY tour de force of reverb heavy mbira and rib-rattling percussive grooves that had everyone from Björk to Herbie Hancock up in arms.

A figurehead of Lisbon’s burgeoning electronic kuduro scene who’s previously released on Soundway, Batida invited Konono No.1 to his garage-cum-studio in the Portuguese capital to collaborate with a cast of the city’s cosmopolitan stars guitarist Papa Juju, vocalist Selma Uamusse and slam poet MC AF Diaphra.

Finding kinship in the poly-rhythms of Angola and the DRC via Lisbon, Konono No.1 Meets Batida was produced by Batida and Vincent Kenis and will be released on double vinyl (as well as CD & digital) via Crammed Discs on April 1st.

Check out the tracklist and artwork below: Andrew Weatherall, Beatrice Dillon and Tapes: Listen to the 5 best mixes this month