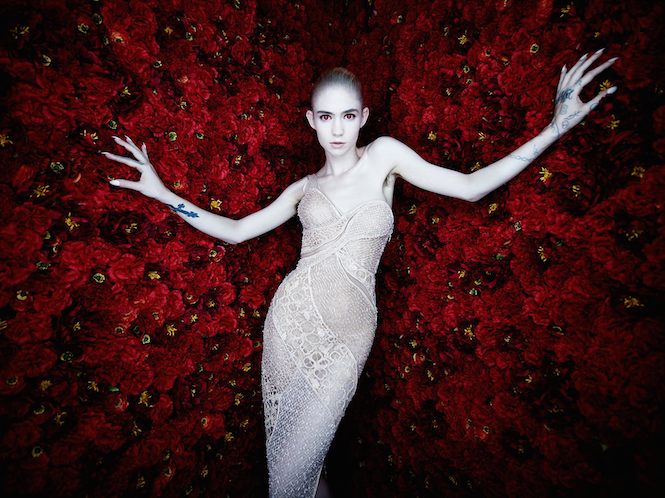 Grimes broke out with her 2010 “post-Internet”, sketchbook album Geidi Primes . It might only have 30 minutes on the clock but it’s a totally arresting listen, tracing the Montreal artist’s influences from Björk to Broadcast.

The album was initially released on tape before receiving a proper, good old fashioned LP release on No Pain In Pop. It was then repressed on vinyl a year later with slightly altered typography. Grimes’ success with recent albums Visions and Art Angels has started to encourage deranged three digit sums for her raw debut. One seller is even hoping to fleece a reissue copy for £225 on Discogs.

Quite right then that a reissue is on the way. Due on 5 February, put your orders in here.

Gallery: The art of David Bowie on 7"