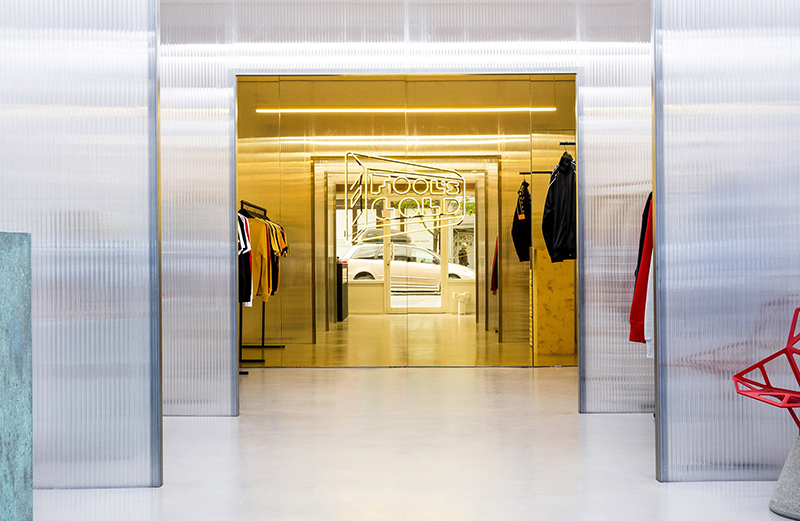 Fool’s Gold Records, founded by A-Trak and Nick Catchdubs, has celebrated their 10th birthday with the opening of a new permanent HQ in Brooklyn.

Their previous incarnation, located on nearby Metropolitan Avenue, was a much smaller, low-key affair, selling merchandise and music from the label which you could listen to on iPods before buying.

The shop is described as “an enfilade”, essentially a series of reflective dividers which separate the space into smaller areas: one for a clothing rack, another for a crate of records, a third for three shelves of The Source magazine and a geo-chair, etc. There’s also a DJ set-up for in-stores and special events.

‘The record crates are made from milkcrates dipped in plaster, which A-Trak said makes the podiums look like an art installation,’ reports Dezeen.