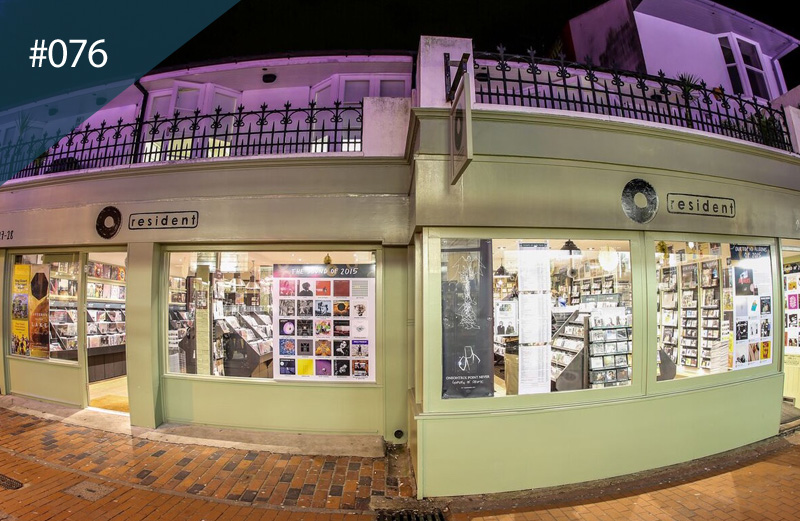 A pillar of the community.

This week’s shop is a little closer to home, as we pay a visit to the south coast and Brighton’s much-loved independent establishment, Resident. And don’t just take our word for it… Nick Cave has been heard wandering through North Laine yelling “Resident is the best fucking record shop in Britain!!!!”

Go for: A huge selection of new music on vinyl and some of the friendliest staff in the game

What’s the story? Resident is a record shop that proves you don’t need gimmicks, flash marketing or an “angle” to be a great record shop. Doing the basics better than most, Resident opened its door in 2004, the brain child of Derry Watkins & Natasha Youngs, who first met stacking the CD shelves of the local Virgin Our Price where they worked.

Now husband and wife (what better indication of the shop’s love for music could you want?), the pair set about drafting a more independent alternative in the city, evolving to stock a huge selection of genre- and generation-less new music, catalogue titles and tickets to local gigs, some of which take place in the shop itself.

Located on North Laine, the shop doubled in size in 2015 as Resident moved in next door too, expanding its vinyl offering which is now staffed by 12 employees who also help oversee informative newsletters, a vibrant online shop and the end of year ‘Resident Annual’, collecting the best new albums from the last twelve months.

In short, Resident is about as prime an example of independent spirit that you’ll find, a shop that reflects and represents the best of the town it inhabits.