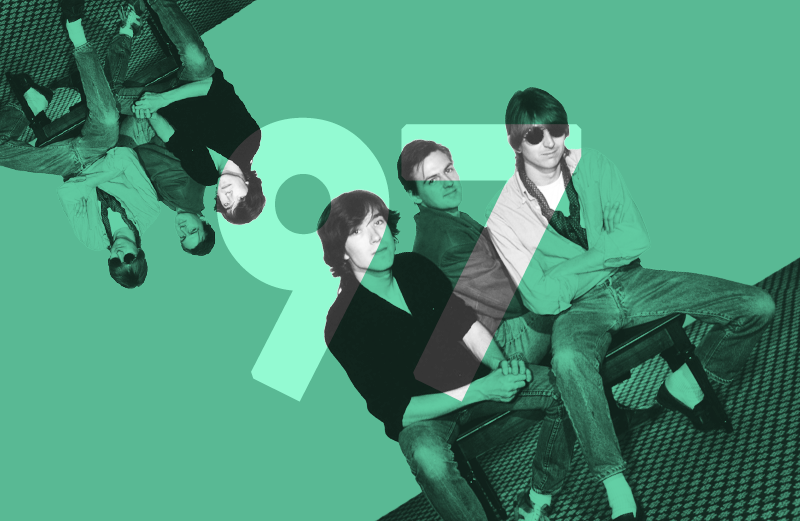 Hugely influential but rarely given the credit they deserve, Talk Talk quietly helped change the face of indie music in the UK. Operating for much of the ’80s (and early ’90s) the group, led by singer Mark Hollis, released just five albums, dipping into art rock, ambient, avant-garde blues and new wave, to forge a melancholy, much-imitated oeuvre.

Eight years in the making, Talk Talk fanatic Jamie Cameron is on the cusp of releasing his second album as The Last Dinosaur. A poignant exposition of a trying decade which has seen the London-based singer and songwriter contend with tragedy and loss, The Nothing continues in Hollis’ footsteps, merging sweeping atmospherics with astute, honest song-writing.

Listen to Cameron’s mix now and read his introduction and track-by-track commentary below.

I read about Talk Talk before I listened to them. Someone on a message board I visited regularly throughout my early to mid-teens would gush about them frequently. I really didn’t want to like them. Something about their passion make me want to be underwhelmed, but I was at the age where I had become infatuated with music and therefore I wanted to follow every lead, listen to everything, see how it made me feel.

My dad was away from home when I went through his music collection and found he had a copy of Spirit of Eden. I put it on, closed my eyes, and by the end of the first song (‘The Rainbow’) my perspective on music had changed, and I mean that sincerely. The idea that this album was recorded as far back as the ’80s was incomprehensible to me and it continues to exist outside of time, sounding simultaneously like it was recorded yesterday but has also existed from time memorial. The last three Talk Talk albums are particular objects of my obsession and these are where the majority of the tracks below are taken from (excluding ‘Tomorrow Started’).

I must have been a clumsy kid because I remember a few specific times where I knocked myself unconscious. The start of this song reminds me of my mind slowly pulling itself back to reality, where the sounds of the immediate environment travel towards you and gather detail as you get closer to consciousness. At the 4 minute mark a solo consisting of only one note covered in feedback that jumps and falls across the octaves plays continuously without pausing for around 75 seconds. That’s the beauty of Talk Talk, for me. They can hold one note for a minute and fifteen seconds and each time you listen you’ll find something new to discover that fascinates and surprises.

The first Talk Talk song I ever heard (if you don’t count ‘It’s My Life’ which I’m sure I probably heard throughout the ’80s but was a bit too young to clearly remember). The song starts with over 2-minutes of ambient noise. When the guitar eventually chimes it is utterly perfect. A second sooner or later and it just wouldn’t have the same impact, it enters in the most effective place possible. At around the 7 minute mark a harmonica solo begins. It’s only 30 seconds long but rises from the undergrowth, rippling the ground, shuddering into existence. It’s one of the most exciting things I’ve ever heard and I’m still yet to experience anything that even comes close to the way it made me feel the first time I heard it.

I Believe In You

Desire is another perfect example of Talk Talk’s nuance in their use of dynamics. The drums explode into life when the chorus hits, crushing the time signature set before. My brain still can’t quite make sense of the change but I’m not sure I really want it to. For me that’s part of the fascination; it’s not exactly that the rules are broken, it’s that they weren’t even present to begin with.

At 1:34 a piano part occurs. It only happens once in the entire song and it lasts no more than 3 seconds. For me, it’s probably the most influential 3 seconds of music I’ve heard throughout my lifetime. I’ve been subconsciously trying to recreate the feeling that’s evoked from those 3 seconds in my own music ever since. I can’t imagine I’ve even come close.

It’s Getting Late In The Evening

This song speaks to me on a deep level. It’s so beautiful I can barely make sense of what it does to me. Another thing; this song was a b-side. This is one of the most beautiful pieces of music ever written and it was a fucking b-side. Listening to it makes me want to never pick up an instrument again.

I wrote in to Mojo about this song and was subsequently published. The words I wrote led to us covering the previous track in this playlist for a Talk Talk benefit album called The Spirit of Talk Talk which was released on Fierce Panda a few years back and includes tracks by incredible musicians from such great bands as Grandaddy, Bon Iver, Arcade Fire, Joan As Policewoman, Do Make Say Think, etc. What I wrote was this: “This song reminds me of a past I never experienced, a present that doesn’t exist, and a future I hope happens.”

The dissonant notes, the piano chords, the melody, the dynamics. This song is just devastating. When Mark Hollis sings “Breathe on me… eclipse my mind,” it kills me. I can’t actually accept that a human being was able to write this.

Mark Hollis – The Colour Of Spring

I’ll sign off with this quote: “Before you play two notes learn how to play one note – and don’t play one note unless you’ve got a reason to play it.” – Mark Hollis

The Last Dinosaur – The Nothing is out on 7th July via Naim records.