7 of the city’s most essential record shops.

Your experience of Toronto’s musical culture depends somewhat on when you visit. During summer months, the city’s sonic diversity is on full display: breezy local house tracks ring out during street festivals, the latest soca hits blare from a float at Caribana, and heartache-inducing disco classics ring out over the city’s Pride parties.

During the winter, the long stretches of darkness and snow cause the city’s musical scene to become slightly more introverted: a small crowd gathers in a loft space to listen to a panel on nightlife history, a dance studio transforms to a word-of-mouth afterhours spot, and breakbeats skitter off the concrete walls of an auto-shop turned makeshift club.

While Canada’s largest city hosts many superbly curated stores, the last several decades have been bittersweet for the record industry, characterised by a string of closures of some of the city’s formational record stores. More often than not, it’s gentrification in action. Even though the vinyl resurgence of the last half decade has led to an influx of relatively new stores (Toronto currently has 52 record shops, an exhaustive list of which can be found here), many of them offer little more than contemporary pop, mid-2000s era Pitchfork indie and dollar bins of clunky local rock’n’roll.

But despite the challenges posed by shrinking selections and skyrocketing rent, there is a strong core of Toronto shops that have dedicated themselves to amplifying the musical reverberations of the city’s cultures, DJs and musicians. Genres, prices and selections may shift in the list below, but each shares a devotion to sharing the history, legacy, and the multiplicity of sounds pumping through the arteries of the city.

What’s the story: Play De Record began as a small shop run in the back of Eugene Tam’s father’s drugstore, and continued growing over the next quarter century into the spiritual home of Toronto’s DJ scene, spearheading musical trends and popularizing records in Toronto that could previously only be snagged from New York.

Carrying the widest selection of new house & techno available in the city, as well as every imaginable permutation of broken beat, new singles get reliably stocked and picked clean by the local DJs. The used bins located in the back are regularly loaded with quality singles from the Masters at Work / Strictly Rhythm era. It’s also a surefire destination for hip hop, soul, disco and afrobeat selections.

There’s a sense of community in the shop that transcends the wax – music production lessons are taught in the basement, you can buy concert tickets without the ridiculous service fees, and for a small cost, aspiring DJs can mess around on advanced CDJ setups in advance of a big gig. Even though the shop’s recent move to Chinatown from its original location on Yonge St. is bittersweet, Play De Record remains deeply integral to Toronto.

Go for: Island disco, unpredictable soca variations, loft classics, and literally everything in the $5 bins

What’s the story: Invisible City burst onto the scene in 2012 as one of Toronto’s most consistently exciting labels, championing collaborative reissues of cult figures like Beppe Loda and Zambian psych-rock collective Witch. In late 2016, Gary Abugan and Brandon Hocura transitioned his webstore into a physical shop nestled in the second floor of a welcoming loft building on Geary Ave, where plants stretch towards the sunlight of the shop’s large windows.

Without a doubt, Invisible City has the most meticulously curated selection of rare Caribbean funk, soca, and island soul records in Toronto – browsing through the shop’s stock feels like you’re getting an detailed musical history lesson from an experienced elder. It’s complemented by a generous selection of mutant dance, electronic soul, meditative new age, and Paradise Garage era disco, which the Invisible City Editions reissue label sits perfectly alongside. A quick browse of the $5 bins reveals a treasure trove of releases that would be a steal for more than double their price. The only downside to the shop is that it won’t remain Toronto’s best-kept secret for much longer.

What’s the story: Birthed from owner Aki Abe’s 1997 cross-country digging expedition, Cosmos Records was the result of months spent tracking down rarities acquired from the unexpected corners of Midwestern America. Since then, the shop has continued to expand its scope (and has opened a London outpost), gaining a faithful following of fans from across the planet who make sure they stop by whenever they’re in the city.

The clean, bright shops feel like a digging oasis, where time melts away – and Cosmos’ shelves are packed so plentifully that a sister location had to open up down the street. The 607a location specialises in pristine Blue Note jazz albums and Brazilian funk, while the 652 location has a soft spot for anthemic disco ballads, Larry Heard deep cuts, and psychedelic rock & soul. Such careful curation comes with a higher price tag, but it’s still cheaper and much more fulfilling than embarking on that bank account emptying late night Discogs spiral.

Adorned with enough pop culture memorabilia to feel comfy but not too kitschy, Madison lists off his interests as he walks through the store – “Nina Simone, sample-based records, Butthole Surfers, noisy stuff, Sun Ra & Lee “Scratch” Perry, krautrock and Japanese pressings…” We pause at a bin marked “weirdo shit”, which, without spoiling too much, absolutely lives up to its name.

While the front shelves are all well-curated and affordably priced, the second layer of bottom shelves are where the real diggers can get their fix, lined with everything from ’90s breakbeat DJ tools, to rare José Claussell singles. It’s also a shop that will fit the hours of the late-riser or jetlagged visitor, open until 4am on Fridays & Saturday, where you can either catch touring DJs swinging by after their gigs, or politely inebriated locals and their end-of-night partners sharing conversation about their favourite records.

Go for: 7″ dancehall and reggae records from years past, fresh apparel

What’s the story: The sense of history you feel when you walk in the door of Treajah Isle is undeniable. Perhaps that’s because the shop, located in the heart of Toronto’s little Jamaica neighbourhood, has operated as an informal community hub for over two decades now. Formerly owned by prolific Jamaican Canadian reggae artist Nana McLean, the shop displays the latest dancehall & reggae CDs amongst clothing, footwear, and even a juice bar.

The vinyl records that used to stretch wall-to-wall on the first floor of the shop in the days of the peak vinyl industry are now gone. However, if you ask the staff to take you down to the basement, you’ll find shelves of stacked, unsorted 7″ singles and records amongst the remains of a recording studio where Bob Marley’s granddaughter once recorded. It’s a digging free for all, full of lovers rock classics and Neptunes edits of Beenie Man tracks, all priced extremely reasonably and on-the-fly at the shop owner’s discretion. While the shop’s focus has shifted away from vinyl over time, its history & enduring legacy demand acknowledgment and respect.

What’s the story: Located in the heart of the city’s bustling Kensington Market, Paradise Bound exudes an aura of peacefulness. Maybe it’s the classical music that shop owner “Coyote” is pumping through the tiny but welcoming space, or maybe it’s the smooth strokes of the traditional Japanese paintings and woodblock prints hanging from the walls of the shop, a result of a collecting bug that hit after he married into a large Japanese family.

Perhaps it’s the shop’s ethos itself, that “there’s no such thing as an unloved record”, which results in digging sessions always unearthing something meaningful, whether it’s a compilation of classical music, or an extended version of an oddball ’80s pop-dance single. The owner keeps the shop’s Discogs page fairly updated so that more focused buyers can pick out their tunes ahead of time, but spending a few hours digging in person feels almost therapeutic. Be sure to head to Otto’s Berlin Döner afterwards for a Canadian take on Berlin street food.

What’s the story: Beginning as only a handful of crates of krautrock, minimal synth pop, psych-rock rarities,
Lorenz Peter’s foray into LP’s LPs stemmed from his own collection, but slowly and surely built itself up organically into a moderately-sized shop in Toronto’s west end.

Part of what makes this shop an essential destination is that a large portion of its stock defies easy characterisation. Fortunately, the staff’s easygoing attitude means that they’re happy to discuss influences and cater to customers’ personal tastes, especially if it involves recommending local records. Those who love the glacial detachment of obscure new wave or feel that acid and goth share a fair amount of common ground will feel immediately at home here, but even casual fans of synth, rock, electro and punk will find a shop that connects their interests to increasingly leftfield, obscure gems. 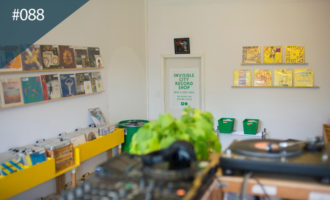 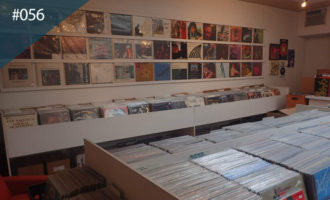 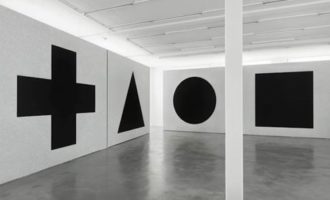 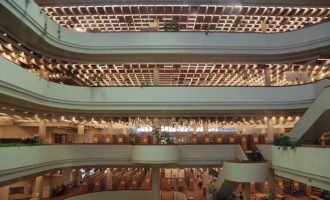