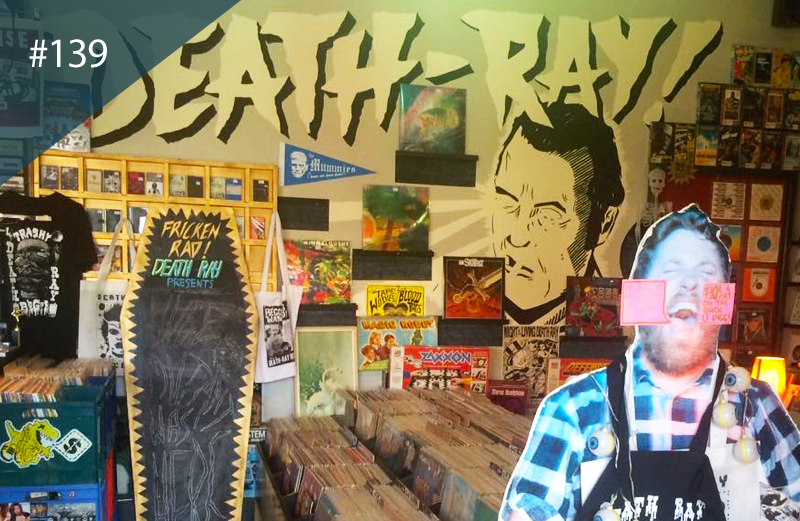 Psych and soundtracks for the city’s underground scene.

Having taken the slow boat to Wellington first time around, we’re back in New Zealand’s capital for an altogether different experience.

Go for: Psych-rock, kraut and soundtracks

Entering Death Ray is like setting foot in the B-movie universe of Attack of the 50 Foot Woman. Opened by Boss Dude (aka Apa Hutt, as he’s affectionately called), Death Ray has been central to Wellington’s fiercely independent punk rock underground since 2011 – somewhere the leather-clad clientele go to get their fix of ‘60s garage, rock ‘n’ roll trash, psych and krautrock. Not to mention the “records, tapes, zines and rad local shit from the Newtown and Wellington underground scene,” as Apa Hutt puts it.

“Our country is so small that most record stores stock most styles of music, and we do too. But this is what we do best,” he exclaims. With bands rolling through on any given weekend, and a constant rotation of fuzzed out, lo-fi goodness on the shelves, Death Ray is a must visit.