An introduction to David Byrne in 10 records

To mark the release of David Byrne’s eagerly awaited American Utopia album, Chris May looks back at the former Talking Heads frontman’s variegated and all-too-sporadic canon of solo and collaborative work.

America Utopia is David Byrne’s first solo album in 14 years, and only his ninth studio LP since the break-up of Talking Heads in the late 1980s. Of those nine, four have been co-headlined with other artists: Brian Eno, Fatboy Slim and St Vincent. The emphasis has been on quality rather than quantity.

But Byrne has not been sitting on his hands. Along with lecture tours, writing books and operating his own Luaka Bop and Todo Mundo labels, he has composed extensively for cinema and the stage. Byrne has, in fact, notched up more soundtracks than he has own-name projects, from big budget Hollywood productions such as Bernardo Bertolucci’s The Last Emperor through to scores for experimentalist ballet choreographers Twyla Tharp and Wim Vandekeybus. Some of his best soundtracks have, happily, been released on vinyl.

Born in Scotland in 1952, but resident in the US from 1960, Byrne has been based in New York since 1974, where he co-formed Talking Heads a few years later. He has been at the cutting edge of the avant-music scene for four decades, an achievement equalled by only a handful of musicians, one of whom is Brian Eno.

Which is where we start… 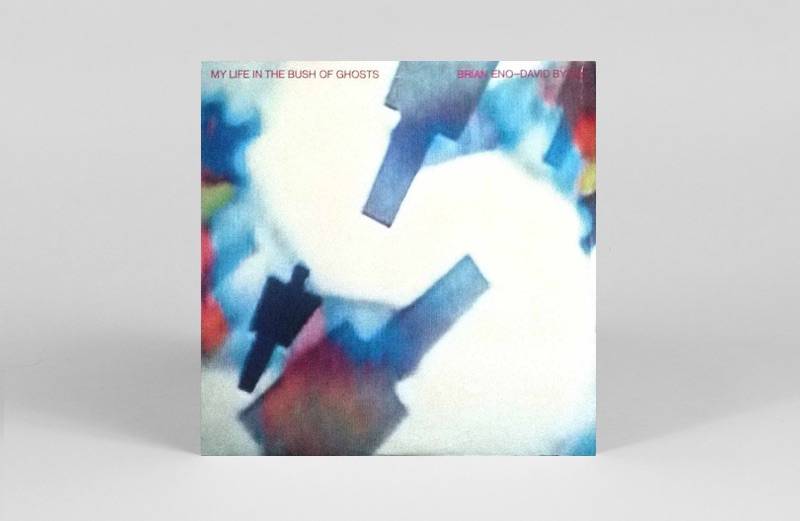 Brian Eno/David Byrne
My Life In The Bush Of Ghosts
(Sire LP, 1981)

Byrne first worked with Brian Eno in 1978, on Talking Heads’s More Songs About Buildings And Food, which Eno produced. The collaboration continued on My Life In The Bush Of Ghosts, Byrne’s first album outside Talking Heads. The music is an art-rock extension of Eno’s groundbreaking 1980 collaboration with the beyond-jazz trumpeter Jon Hassell, Fourth World Vol. 1: Possible Musics, which wove together electronica, tape manipulation and found sounds with jazz, African, Asian and Middle Eastern roots musics. Ghosts is a high-water mark in both Byrne and Eno’s catalogues, with ‘The Jezebl Spirit’ becoming an unlikely Paradise Garage classic. Remarkably, the duo did not co-headline again until 2009’s Everything That Happens Will Happen Today. 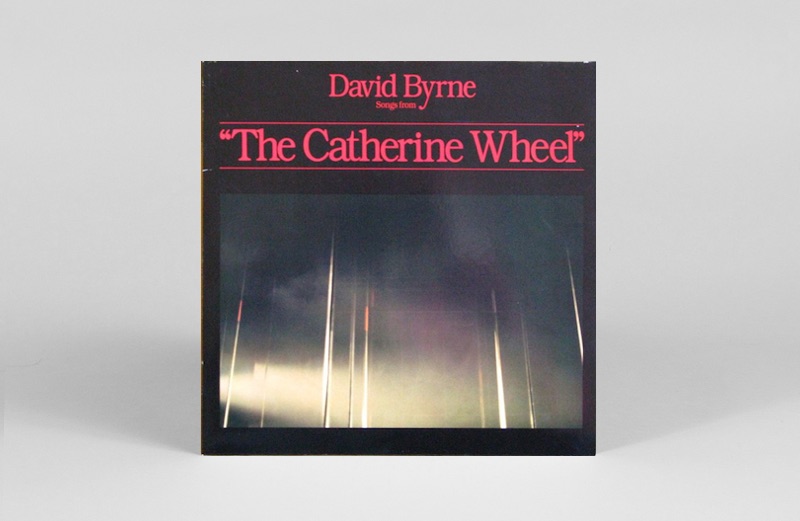 For a couple of years in the early 1980s, Byrne and the choreographer Twyla Tharp were an item. The Catherine Wheel, a patchwork of spacey electronica and earth-bound motor rhythms, is his score for Tharp’s Broadway-meets-ballet project of the same name, or to be precise, highlights from the score, which in theatrical performance runs for around 80 minutes. Like so much of Byrne’s stage and screen work, the music stands up well even when separated from the visuals. Alongside Byrne on vocals and guitars, contributing musicians include Brian Eno and Bernie Worrell on keyboards and synthesisers, drummer Yogi Horton and Talking Heads guitarist Jerry Harrison. 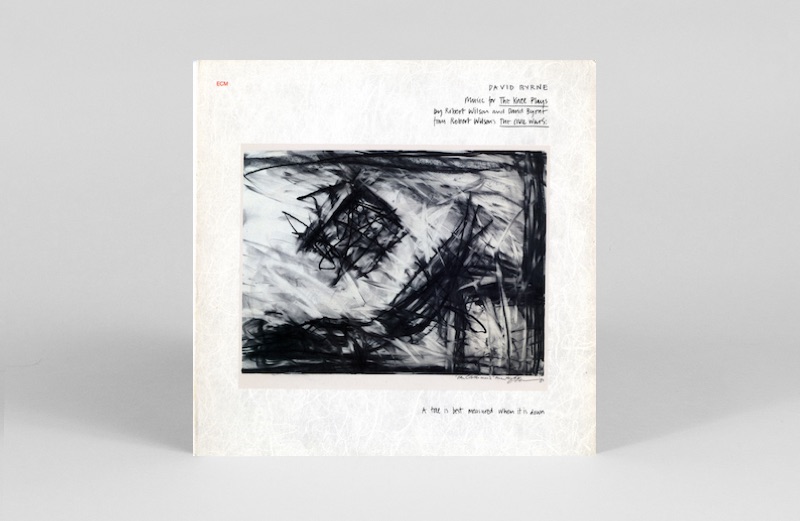 Another of Byrne’s notable theatrical partnerships during the 1980s was with the iconoclastic playwright and director Robert Wilson. Music For The Knee Plays is Byrne’s part of the score for Wilson’s epic opera The Civil Wars, which also included sections by Philip Glass and Gavin Bryars. Byrne’s 19-piece collective line-up of musicians is made up almost entirely of jazz and funk horn players and his arrangements, which reference revivalist New Orleans’s outfits such as the Dirty Dozen Brass Band, effectively evoke the American Civil War-era which contextualises Wilson’s production. 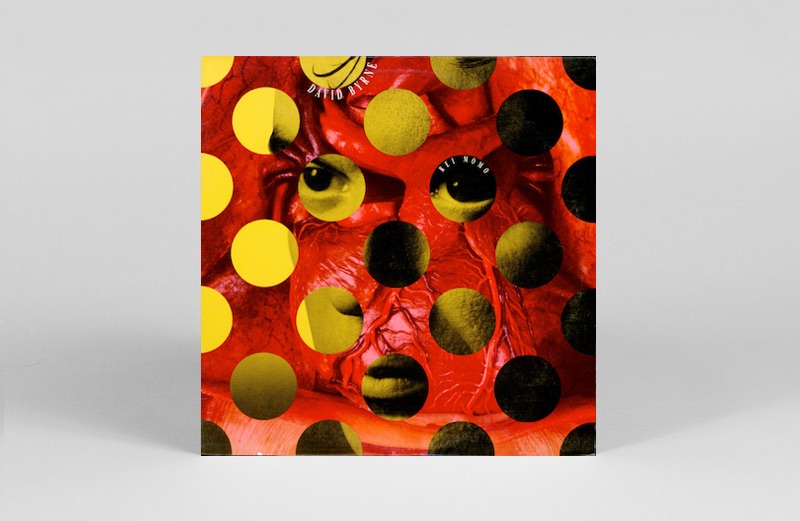 Byrne’s first solo outing after the break-up of Talking Heads is a heady cocktail of mambo, rumba, samba, cumbia, son and cha-cha-cha. The line-up is dominated by Cuban and Nuyorican musicians, including star stylists Celia Cruz, Willie Colón and Johnny Pacheco, augmented by Byrne and fellow vocalist Kirsty MacColl, whose husband, Steve Lillywhite, produced the album. Respectful of the traditions it celebrates without being in thrall to them, Rei Momo is a delight. 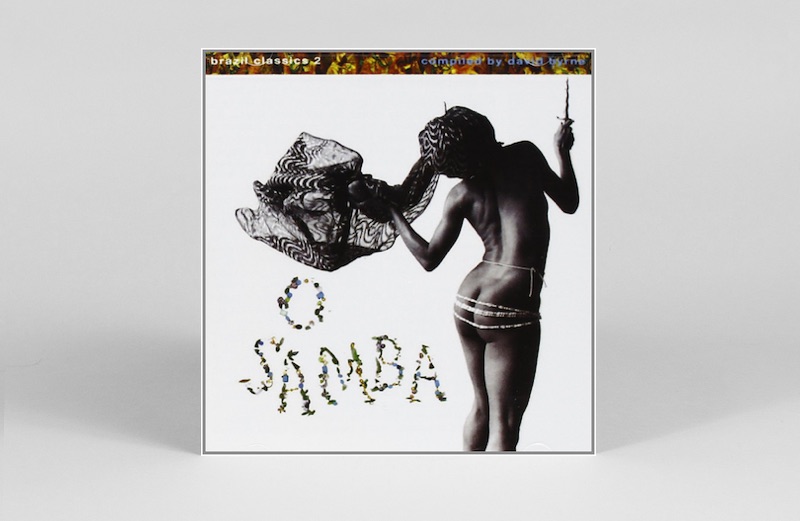 OK, this is not a Byrne album, but a Byrne-curated compilation. Along with Rei Momo it was one of the first releases on his Luaka Bop label, whose catalogue to date of over 100 albums has done much to shine a light on some of the less widely known corners of South American and African dance-music (and, recently, the devotional music of Alice Coltrane). O Samba is a butt-shaking collection of electro-acoustic samba from (then) young lions such as Clara Nunes, Beth Carvalho and Paulinho DaViola. It was re-released on vinyl in 2016. 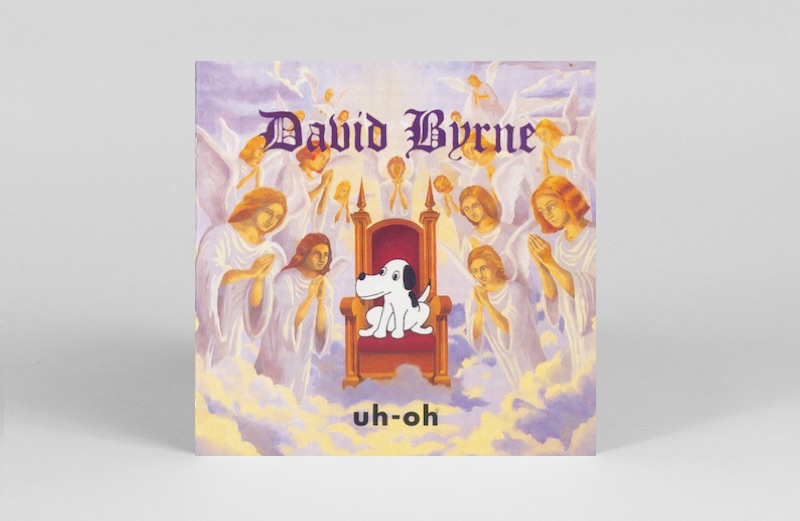 An engaging but often overlooked entry in Byrne’s canon, Uh-Oh is his post-Talking Heads flashback – poppy tunes, intricate but dance-friendly rhythms and splashes of Africana and Latin Americana. In 1992, after such daring experiments as My Life In The Bush Of Ghosts, The Catherine Wheel and Music For The Knee Plays, the album was widely perceived as unadventurous and anachronistic. With hindsight and the passage of years, its straight-talking charm is more apparent. 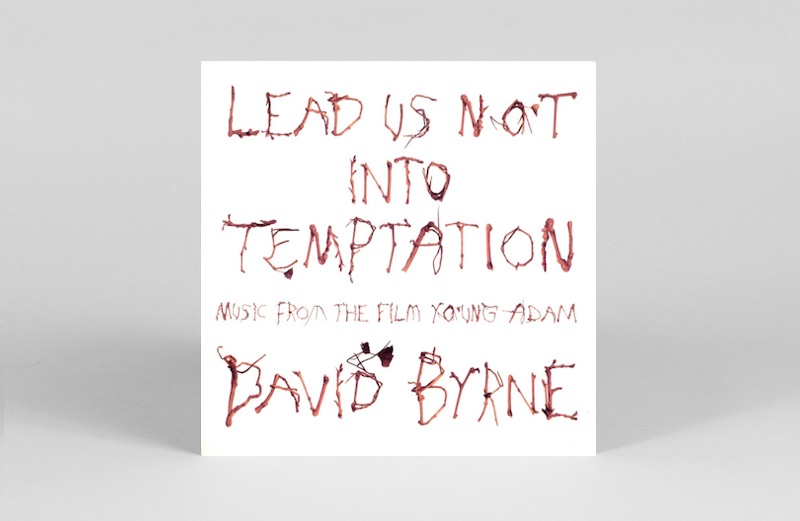 David Byrne
Lead Us Not Into Temptation (Music From The Film Young Adam)
(Thrill Jockey LP, 2003)

Bleak but important, this is Byrne’s noir-soaked soundtrack for the film version of Young Adam, a 1954 novel about a murder on a Scottish river barge written by the minor Scottish Beat poet and major heroin user (and recruiting sergeant) Alexander Trocchi. Byrne’s arrangements for the string section, drawn from the Scottish Chamber Orchestra, add appropriately bleak textures, which are periodically lightened by Scottish folk musicians, hurdy-gurdy player Alasdair Roberts and accordionist John Somerville. Possibly Byrne’s best-realised film score to date. 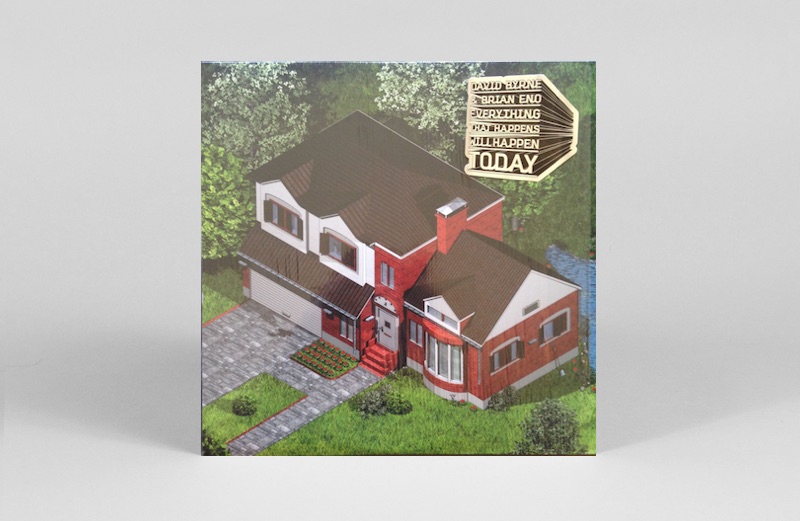 Three decades after the historic collaboration that was My Life In The Bush Of Ghosts, Byrne and Eno reunite for another high-scoring shot from left-field. What kept them? Most of the composing and recording was done by email exchange between Byrne in New York and Eno in London, and the production sets in-the-tradition gospel vocals, written and sung by Byrne, against emotionally neutral, electronic backing tracks, mostly arranged and played by Eno. If that sounds a bit semi-detached, it all, as Byrne would probably not say, starts making sense as soon as you spin the record. Eno next crops up as co-producer of ‘Everybody’s Coming To My House’ on the upcoming American Utopia. 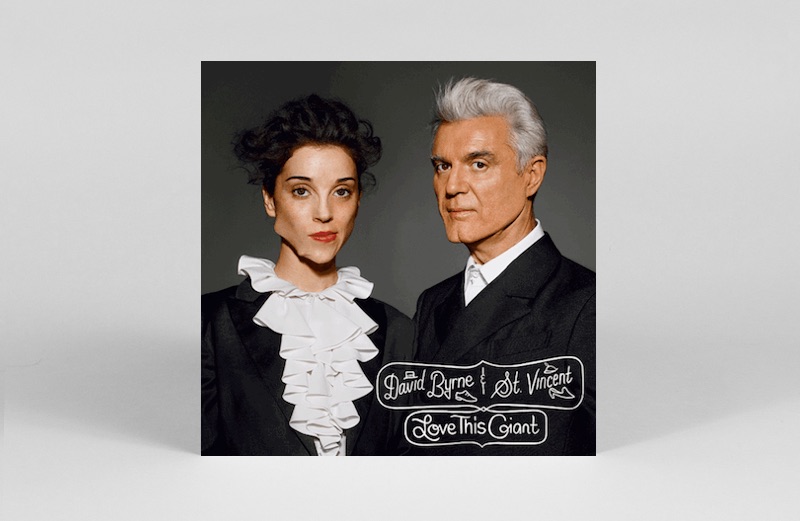 And three decades after the brass-centric film score for Music For The Knee Plays, Byrne dips into that well again too, this time at the suggestion of singer-songwriter St. Vincent. Lyrically, the material is concerned with the idea of human transformation, as reflected in the prosthetically-enhanced cover photo. Love This Giant is an accomplished album, but one that is not quite greater than the sum of its parts. Byrne and Vincent’s respective takes on life and music, though delightfully quirky, are a little too similar to encourage each artist out of their comfort zones. 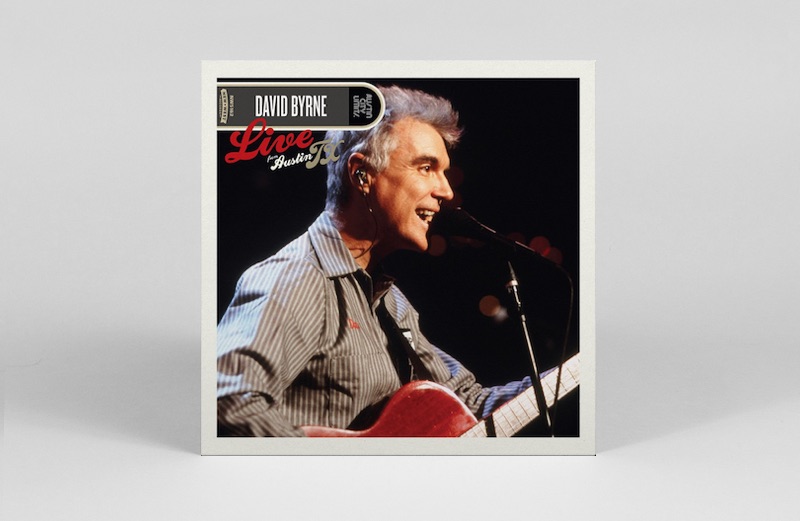 Considering the many thousands of tour miles he has notched up over the years, there are relatively few live albums in Byrne’s catalogue – notable among them are Talking Heads’s Stop Making Sense from 1984 and a 2004 collaboration with Caetano Veloso, Live At Carnegie Hall (released in 2012 but not yet on vinyl). Live From Austin TX, recorded in 2001, goes some way towards plugging the gap, including as it does material from Talking Heads and Byrne’s solo catalogues. Made with an electric quartet augmented on most tracks by an acoustic string ensemble, it was well recorded by a local TV station.