An alternative history of music: 10 years of Finders Keepers records 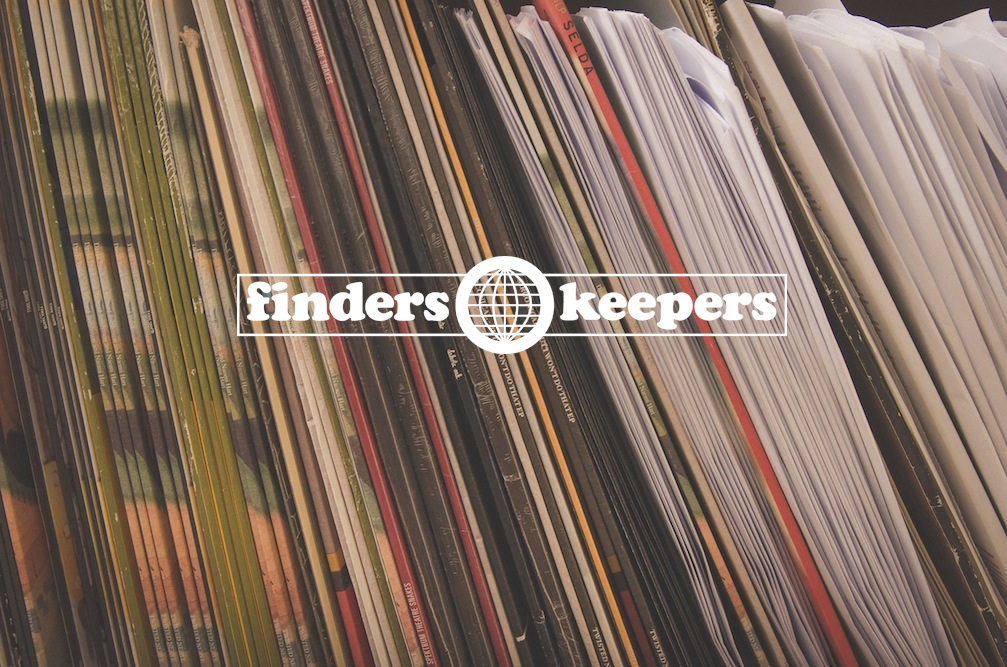 There’s no single gateway LP into the Finders Keepers universe, and for the uninitiated there’s a wealth of sound to explore. Whilst there’s the general FK banner, there’s also numerous sub-branches such as Cacophonic for all things avant and concrete, Cache Cache for a ’70s/’80s electro slant, Bird for primarily female oriented folk and left field pop, and Dead Cert (run in conjunction with Boomkat) for another flavour of experimental.

Lets take a look at five key artist/label relationships across the board. From a reel to reel, to an Atari jingles 7” and of course some key long players, synth pioneer Suzanne Ciani’s expansive archive has found a most fitting home at Finders Keepers. The unfamiliar should head straight to Seven Waves or the Lixiviation Compilation for a taste of why she’s one of the most important electronic composers to ever set hands upon a Buchla.

From Votel: “One thing about Finders Keepers and Dead Cert that’s often talked about between us is that we should be making records with things that you wouldn’t normally find on record. There’s a beautiful thing to that. When you put a needle on a record and you think – “what the fuck is that doing on there? It shouldn’t be on a record.” That’s a beautiful thing, and it’s also just wrong – it’s like if a cat barks – that’s the beauty of it. That’s what the thing with Suzanne was, there was a wealth of material that wasn’t meant for peoples ears or on a record, but had all the qualities and musicality to warranty being on a record but didn’t fit in the mainstream.” Another artist with a singular electronic touch, Bruno Spoerri is “a one man music machine” who applied his sounds to a wildly diverse number of situations, from the studio with krautrock legends Can to motivational music for industrial sites. Gluckskugel makes a fine first port of call, with the compilation of his multifaceted “jobbing” roles Teddy Bar/Lillith being similarly essential.

From Votel: “Bruno, Suzanne, and Jean Claude Vannier all share this thing where they make truly avant-garde life changing music or music which aims to change the future of music, revolutionary music, but they are all the least pretentious people you’ll ever meet. They’ve all been working as musicians with numerous commercial projects, one thing that has been continuous is they’ve made sounds and kept on going without anyone being able to stop them. In a super commercial environment or in the most oblique underground alternative situations ever, it’s all the same. They don’t distinguish, they’re jobbing people. They’re just the same as a chimney sweep or a bookmaker or a janitor or a clown, it’s what they do. They don’t need any plaudits.” The reissue of this Turkish firebrands 1976 self-titled record is a delectable fruit of Finders Keepers sleuthing ways and has opened Selda’s truly remarkable folk music to a whole new generation of listeners.

From Shipton: “Selda was a brilliant record to track down, for ages we were calling, texting, faxing all over Turkey. Andy got faxes saying ‘oh Selda’s dead’, or ‘you won’t be able to find her’. We kept being put off the trail – all manner of smoke and mirrors. As it went Dom and Andy were in a club in Manchester and talking to some Turkish girls, and one of them – her mum – was Selda’s manager back in the day and had a direct line to her. So after all this run around we had a connection and we flew over and met her and signed it all off with Selda herself. My suspicion with some of these original faxes was that it was Selda herself throwing us off the trail – feigning death, for whatever reason, maybe to see if we would persist?” Another artist who sums up the Finders Keepers “cat barking” mentality with the wildest aplomb is French maestro Jean Pierre Massiera. A shape shifting production demi-god, Massiera was psychedelic and prolific in the truest sense of the terms – “he just released so much there was nothing that could stop him. It was as much trash as it was high art” says Votel.

Getting your head around his expansive back-catalogue of Musique Fantastique is no small feat, but one that has been made easier by two essential releases from the label – the Midnight Massiera collection of his B-music and L’estrange Mr Whinster which is, true to the press release of the time, more of a psychological experience than a mere record. Ending where it all started, Vannier’s work with the label has expanded far beyond the Enfant Assasin De Mouches flagship release. Whilst Enfant Assassin along with the Serge Gainsbourg collaborative masterpiece Histoire De Melody Nelson are indeed the places to start with Vannier, the Electrorapide collection of instrumental works and 2011’s all new LP Roses Rouge Sang are all most worthy listens. Roses Rouge in particular shows the height of Vannier’s renaissance and bond with the label, as this return to the roots of his pop and experimental compositions is the direct offspring of the FK hosted Barbican live performance back in 2006.