Willy Vanderperre is one of the most important photographers of his generation – a contemporary of fellow Belgian Raf Simons, with whom he has regularly collaborated, and a child of the country’s ground-breaking ’80s electronic music scene.

“I grew up, (and fully lived) the explosion of techno/new beat in Belgium and acid house,” he explains, as his debut London solo show prints, film, posters and more enters its final week at The Store X.

“I wanted it to be more than just a photographic show… [and] music had to be a part of the show,” he says, preferring to use the word “introspective” rather than “retrospective” in describing an exhibition that spans some of his most recognisable work for major fashion designers and publications alike.

“I looked at what is my core, what are the things that inspire me. In the end it all boils down to emotion. What, next to imagery, evokes the quickest emotion? For me, it is music.”

In that sense, the exhibition takes on an immersive form, where aspects of the design evoke an experience that mirrors that of entering a venue or club.

“We guide people through the entry where we created a merch stand, the kind you would find when going to a gig. The same setting, a table covered by a black cloth, the strip of fluorescent lights, the tees hung on a wall, with items easy to buy (collectable as they are all limited edition.) There are badges, pins, patches and tees.”

And it’s the tees which are perhaps the most desirable items on the merch table. A collector and researcher of vintage tour t-shirts, Vanderperre is fascinated by what he calls their “nostalgic resonance”.

“In NY we focused on U.S. bands but for this show, the focus was on UK. I only collected tees of bands that I would love to wear, they had to be special ones,” he says, pointing to the fact that just selling the vintage t-shirt itself would not be enough. “By printing the exhibition invite over them, they become part of the now, no longer a relic of the past.” Weaving music history into the fabric of his exhibition, Vanderperre imbues the objects with a new life and fresh associations. “The emotion they carry is of the night or day you bought them.”

The gig experience doesn’t end there, either. From the merch stand “we guide people downstairs, through a black curtain, guests are confronted with another space. Clara 3000 is playing a techno set. On the opening night, it was also where one could get a drink, dance or whatever.” From there, the brightly lit gallery opens out.

“There is something about that walk that is thrilling and exciting. The sense of anticipation to see the work, but also the memory and nostalgia of a gig, a great night out, the shelter of darkness, music that can transport you.”

It’s a feeling that Vanderperre sought to create on that opening night, which saw French DJ and producer Clara 3000 perform in the space. A firm favourite of Willy’s, and a DJ he has been following for some time (she also DJ’ed at the opening of his NYC show), Vanderperre points to the journey she creates with her sets as integral to the experience. “It is full of surprises and is never safe,” he says. “After the opening night, her set continuously loops during the duration of the show.”

Clara 3000 also features on a two-track limited edition record released by The Vinyl Factory that doubles as a catalogue for the exhibition. “I was very proud that Clara 3000 produced her first ever track ‘You Only Fall In Love With Pictures’ for the show,” he says. It speaks to the breadth and open-mindedness of his musical influence that he has placed a track by Belgian metal band Amemra alongside Clara 3000’s techno extrapolations.

“Amenra are from the region I grew up in and their music describes every emotion of growing up there, the landscapes and the mood,” he says. “Their music is hard yet very emotional, poetic in its darkness and yet full of hope. For their track ‘A Mon Ame’, I was honoured to direct the music video. Both, Amenra and Clara 3000 move and transport me, so they were really important for me to be part of this experience.”

prints, film, posters and more is open 12pm – 6pm at The Store X, 180 The Strand, London, WC2R 3EA until 17th March and is free to visit. Find out more and see images from the exhibition here.

Order your copy of the prints, film, posters and more limited edition vinyl release from our online shop. 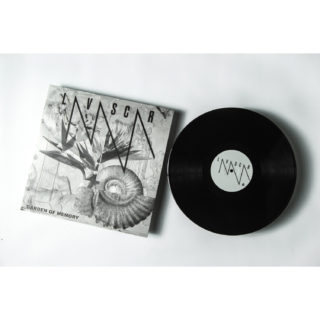