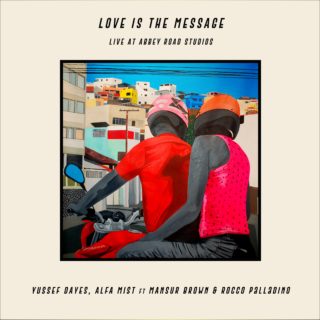 Closely working with legendary producer Tobias Levin from Hamburg, the band have developed and recorded the ten songs over the course of two years. Picture Northern creatures sweating out their melancholy in the Southern sun. As the wind carries the beats from the beach disco across the bay, Chopin, Vodka shot in hand, imagines writing music based on the build of crystals. To the side of the composer, the rhythm section gets restless. The thrum of Eastern European electronics pulsates in their brains. “Don’t work yourselves to death”, one of them shouts, “it’s not our fate. Let’s go dancing, everything must change”, adds another, and “sun screen’s on the house!” This is a glimpse of the world Bonjour Trieste unfolds.