During the height of the hi-fi boom in the ’70s, certain brands tended to stride across the industry like giants, dominating and intimidating at the same time. One of those was Linn’s Sondek turntable, a design that remains popular to this day, retaining many long-term users and fans. Its domination was complete in the later part of that decade until an interloper not only dared to challenge it but, for many of its users, supplant it. This was the Pink Triangle: a rebel with a quite definite cause.

Although the company folded in 2003 the creative genius behind it is still at large. Arthur Khoubesserian forged a new company. Typical of the man and his branding technique, he called it The Funk Firm and this turntable, the Gett!, is his entry point design.
At first glance, it looks fairly run-of-the-mill. You can see a MDF plinth, rubber feet and an acrylic platter (did I mention that Khoubesserian actually invented the acrylic platter?) There’s also a speed change knob between33⅓ and 45rpm, which is ideal for beginners. 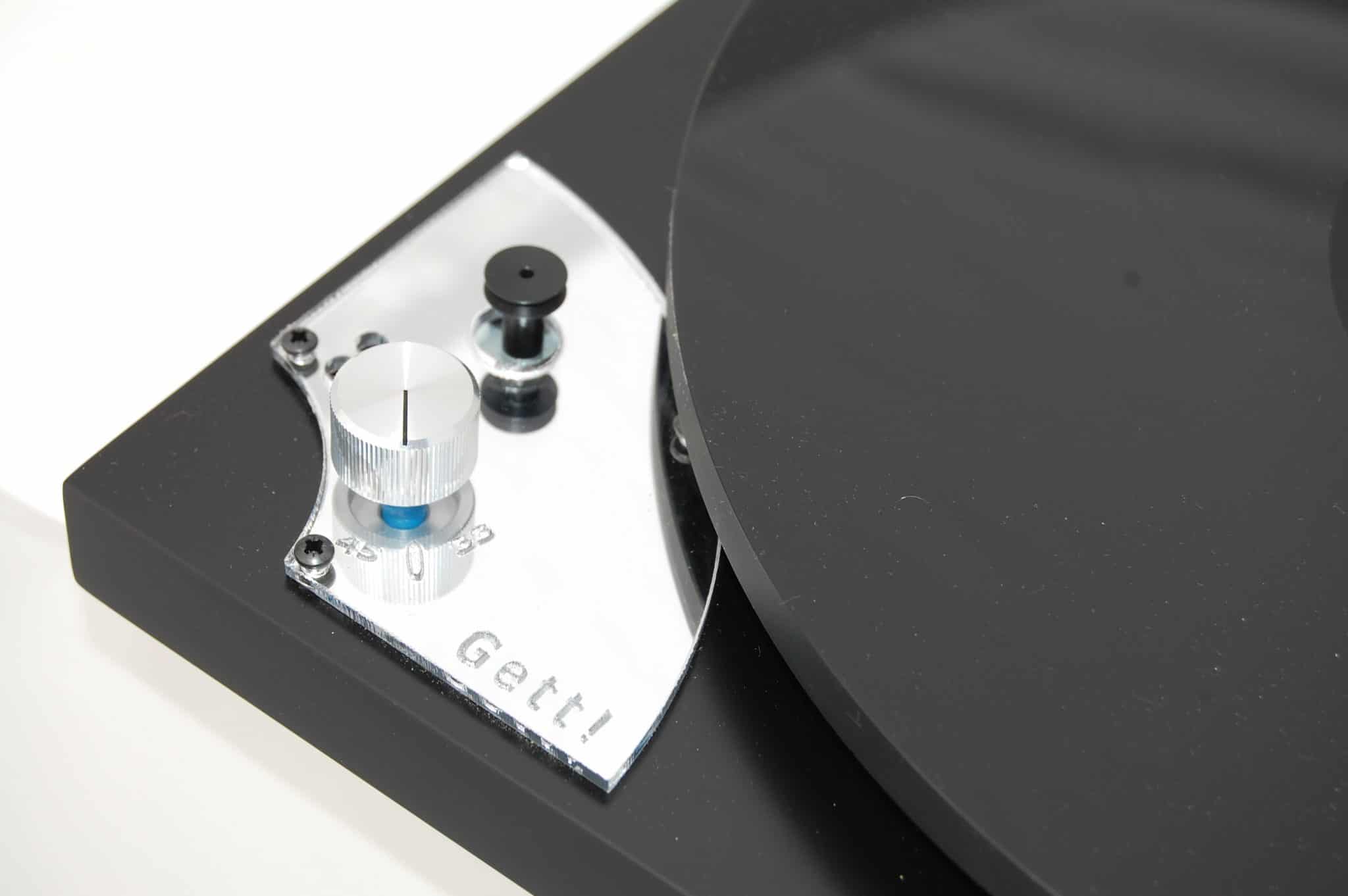 Look closer though and you’ll see odd, quirky elements to the design. That motor pulley – it sits right next to the speed change knob where usually it would sit at the back of the plinth. That traditional format was established many years ago when hi-fi shielding was basic or non-existent. According to Khoubesserian, because technology has moved onwards, there is no need to retain this ‘out-dated’ design position which has an adverse effect on the cartridge, causing a ‘thrum’ or low frequency bloom sound. The repositioning aims to remove this negative effect.

That’s the first innovation. The second is the arm which has a threaded design. Suspended by threads in the form of a garden swing with the tonearm performing like the seat of that same garden swing, and there are many sonic ‘plus’ points here. While implementing the design is tough, Khoubesserian has it sorted it. 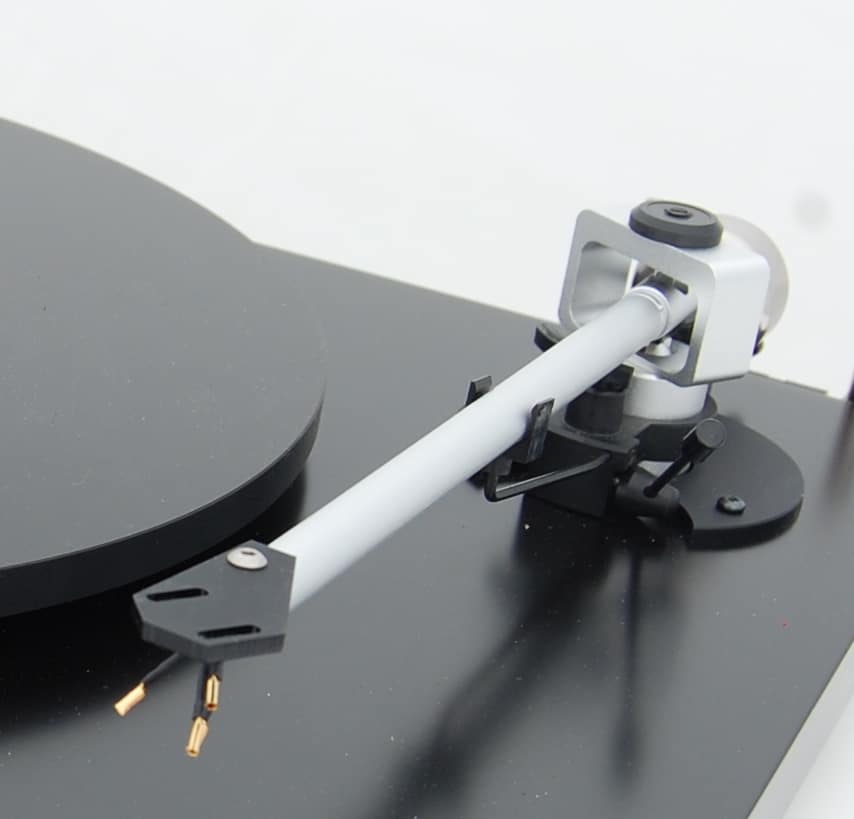 Installation is easy, although applying the belt around the slim platter is a challenge as it slips off easily – at least, it did for me. I would recommend taping the belt, with low tack white tape, around the rim in four or five places. Then stretch the belt over the pulley and (carefully!) relax each tape tab away from the rim of the platter.

During tests, I played a mixture of Fun Boy Three (high energy pop), Shakatak (jazz funk) and Joe Jackson (jazz) and was impressed by the overall clarity and complexity of the detail cross the soundstage, the airy nature of midrange and the naturalistic quality of the bass that retained mass and punch.

The Gett! is a quite brilliant turntable and, for the relatively low price, it’s a stunning package. Its design innovations point the way to top quality sound. Every house should have one.