Rio de Janeiro is the beating heart of Brazil, home to samba, bossa nova and that irrepressible Carioca spirit. Discover it for yourself with our insider’s guide to the sprawling city’s best record shops.

Rio de Janeiro is more than just a city. The ‘Carioca’ lifestyle has seduced people from all over the world, characterised by the warmth that emanates from the sun, the beaches, the botecos (small informal bars), and its residents.

But Rio de Janeiro has also always been a city of contention. In recent times, it has suffered from the financial hardships of the Brazilian economy, political instability, corruption, a lack of social services and an increase of crime. And yet, despite everything, its people continue to carry on the Carioca tradition as the cultural epicentre of Brazil.

Many record labels and manufacturers were based in Rio de Janeiro, attracting musicians from all over the country to record and try their hand at making a living through music. Samba and bossa nova were both born in Rio de Janeiro, and it’s inconceivable to imagine them without the influence of the city’s natural surroundings, the hardships endured by its inhabitants and that restless Carioca spirit.

Rio de Janeiro’s record scene is not as large as São Paulo, but still remains one of the best places to search for Brazilian music in the country. And more often than not, that Carioca way of life is reflected in its record shops, where you’re just as likely to find yourself in conversation with an inquisitive owner about something totally different, as you are to be simply sold records. This type of relaxed conversation, known as “bate papo,” is as important as the records you buy in the city.

Unlike São Paulo, the record shops in Rio de Janeiro are not concentrated in the city centre, so wherever you might be staying, chances are a record shop won’t be far away. Visit one of these shops, strike up a conversation with the owner, talk about music, politics, or futébol, and you’ll be sure to walk away with something more than the records that you take home.

What’s the story: Tropicalia Discos is tucked away on the second floor of an unassuming building in the heart of Centro. The owners Marcio, Bruno and Mario, are not only some of the nicest record dealers in the game, but between them, also guard a treasure trove of musical knowledge that expands to all genres. While most will head to Tropicalia to buy Brazilian records, it’s still worth giving their non-Brazilian sections a look, as they carry a great selection of American jazz, funk and soul, as well as rock from around the world.

More than just selling records, the staff at Tropicalia have been responsible for discovering and unearthing rare Brazilian records widely unknown to the public at large. For every discovery they make, Tropicalia Discos shares the track via their YouTube channel, complemented by their weekly web series “Disco da Semana” (Record of the Week) to highlight select records and discuss the history behind some of Brazil’s greatest cultural heroes.

For example, the story behind the ‘discovery’ of Jose Prates’ Tam Tam Tam and subsequent reissue began at Tropicalia Discos. Sold to Ed Motta and championed by Gilles Peterson, the originals have now sold for upwards of $1,000.

What’s the story: If you go to Tropicalia Discos, you also need to drop in on Satisfaction Discos. Located on the second floor of a building less than a minute walk from Tropicalia, it boasts a very well organised selection of familiar and rare Brazilian records of all styles, with fair prices to match. The staff are helpful and provide that friendly atmosphere characteristic of Rio de Janeiro.

Beyond their Brazilian records, Satisfaction has arguably the best selection of non-Brazilian jazz, soul and funk records in the city, maybe in the entire country. Expect to find Bernard Purdie next to Edwin Birdsong, six-eye American Colombia pressings of Miles Davis, deep groove mono pressings from Blue Note records, obscure labels like Black Jazz and more. The owner Marcelo studied in the US for some years and many of the records on sale are from his personal collection. Marcelo is also responsible for organising the largest record fair in Brazil, which takes place twice a year in Rio de Janeiro.

What’s the story: Junior Discos is located on the edge of Praça Tiradentes in Centro. Found on the 20th floor of an inconspicuous building, it’s easy to miss from street level, and since Junior runs the shop himself, it can close unexpectedly when he’s out digging himself. But don’t let his unpredictable business hours deter you. At any given moment, Junior might have some of the best records in the city.

The building itself looks like it’s seen better days, but once you arrive, you’ll be overstimulated by Junior’s unique decorations. Be prepared to see old Brazilian hip-hop magazines, next to posters of Justin Bieber, Sebastian Bach, The Beatles, Gal Costa and Good Charlotte. Junior has an excellent selection of all genres of Brazilian Music, as well as rock, jazz and other oddities.

What’s the story: Only Music is a cultural institution that is often overlooked by ‘gringos’ and native Brazilians alike. You might not find a vast selection of rare MPB or Tropicalia here, but this place carries a cultural cache that is just as important.

Only Music is one of the last remaining record shops to continue the tradition of ‘bailes’ parties that mostly took place in the North Zone (Zona Norte) of Rio de Janeiro. During the late ’60s and early ’70s, the Zona Norte was home to a wave of parties featuring music from US funk and soul heroes like James Brown, complete with afros, bell bottoms, and synchronised dance moves.

“Movimento Black Rio” was a cultural, political, social and identity based movement that provided a space where often marginalised Afro-Brazilians could find their own voice and identity – through fashion, music and dance.

Similar to what happened in the Bronx, NY during the late ’70s and early ’80s, these bailes featured DJ sets from sound system crews who catered to their neighbourhoods with dance parties that lasted until the early hours. Many of these crews compiled and released records which featured the music played at their parties, and the movement also produced some of Brazil’s most beloved artists who, in some shape or form, identified with the movement. Bands like Banda Black Rio, União Black, Os Diagonais, the music of Tim Maia, Carlos Dafé, Cassiano and others are all associated with Movimento Black Rio.

Today, Only Music largely caters for DJs. While any collector will find something they’re after, it is run by DJs, and is a haven for others to connect and share experiences.

What’s the story: Located in the quaint neighbourhood of Gavea, Tracks is one of the best shops in the South Zone (Zona Sul). Take your big retail chain music or book shop, down size it with impeccable curation by the owner, Hector, and you get Tracks.

Tracks might be the only shop in the city where you can find the latest release from Kamasi Washington alongside new afro-beat compilation. Upstairs you’ll find used LPs, featuring a highly curated selection of Brazilian music spanning most genres. Unlike elsewhere, all of the used records are in great condition, and its selection of American jazz, soul and rock is one of the best in the city. It’s not often you can find French pressings of Serge Gainsbourg or clean American pressings of Prestige, Blue Note, CTI and Verve records. Upstairs you will also find a selection of books that cover topics of music, cultural movements, photography, art, biographies and more.

Go for: All styles of Brazilian music, music from around the world, antiques

What’s the story: Praça XV is a weekly Saturday flea market in Centro, located close to the ferries that take you across the bay to the city of Niteroí. Every Saturday morning, hundreds of vendors set up shop at dawn, and are often greeted by people who have been waiting since the previous night to get first dibs on the goods offered. It’s an antique fair that has everything from vintage clothing, coins and currency, to photos, artwork, electronics and more.

On any given Saturday, there are about 10 record dealers at Praça XV, some who focus on cheap, well-known records, and some who sell rarities at market value.

Record buying at Praça XV requires more work and attention to detail than your normal record shop experience. It may be hit or miss for anyone looking for top ‘want list’ records, but if you’re looking to start your collection of Brazilian Music, Praça XV is a great place to dive into.

What’s the story: The seaside neighbourhood of Copacabana has a long history of legendary record shops but, over the years, most of the shopes have closed. Maybe the oldest standing record shop in all of Rio de Janeiro is L.O. Motta, housed in a galleria (shopping centre) dedicated to second-hand goods, antiques, books and records.

Located next to the Siqueira Campos metro station in the heart of Copacabana, L.O. Motta – also known as Livraria 2005 – is a great place to find records on the cheaper end of the spectrum. Don’t expect to find any huge want-list rarities but it’s a great place to start your hunt for Brazilian music.

As space is very limited, things won’t be clearly organised. Part of the fun shopping here is in the unexpected surprises that you will encounter after spending some time digging through its crowded shelves.

What’s the story: Previously located in Copacabana, Baratos da Ribeiro’s new location is in the Botafogo neighborhood, just a short walk from the Botafogo metro station. The shop has maintained a long-standing reputation as one of the best places to find out-of-print books tastefully curated by the owner, Maurício Gouveia. Alongside its selection of records and books, the staff also run a radio show, vinyl showcases, and live performances. The shop is more than just a place to buy books and records, it’s a place to meet new people, to trade ideas, and share stories.

The selection spans most styles of Brazilian music, carrying a great selection of rock, jazz and soul. The prices are extremely fair and, more importantly, there is a welcoming creative atmosphere that attracts customers young and old. More than just a shop, Baratos Da Ribeiro is a cultural centre for anyone interested in the creative arts. 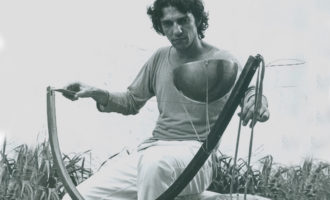 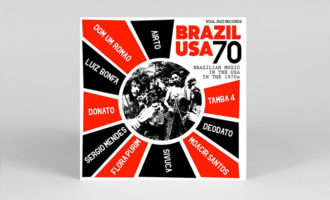