LESS IS MOOR
The Vinyl Factory 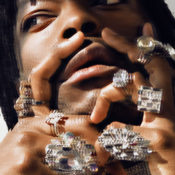