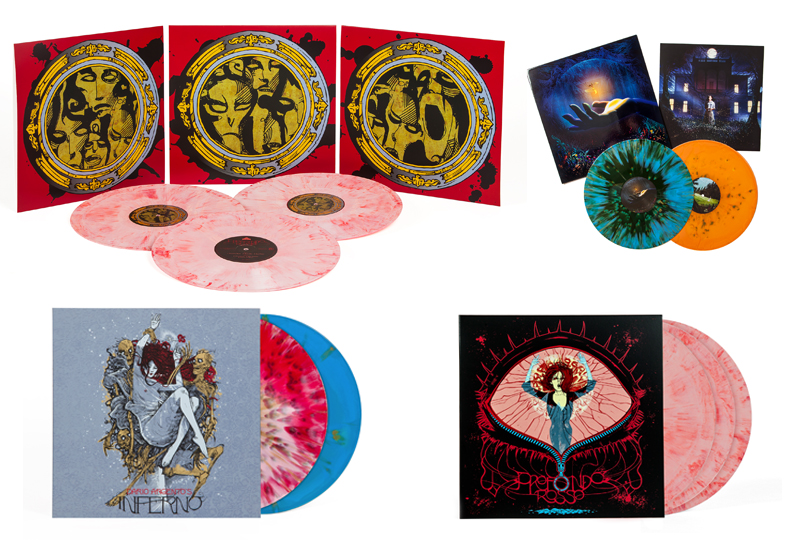 Profondo Rosso, Inferno and Phenomena get the deluxe vinyl treatment.

The soundtracks to three of Dario Argento’s most popular giallo horror movies are to be released by Waxwork Records this week.

Hot on the heels of news that Thom Yorke’s updated soundtrack to the remake of Argento’s Suspiria is to be released on pink vinyl, Waxwork is giving all three scores a deluxe, expanded reissue.

It will be followed by a double vinyl reissue for Goblin’s score to 1985 film Phenomena, that features “all unused, unreleased, alternate score tracks, suites, and bonus tracks”.

Finally, Keith Emerson’s soundtrack to Inferno, originally released in 1980, has been remastered for a double vinyl release that also promises outtakes and alternate versions.

Earlier this year Goblin and Dario Argento’s classic themes from Suspiria and Profondo Rosso were released as a limited edition collaboration between The Vinyl Factory and Aries.

All three scores will be released on 7th September to mark the director’s 78th Birthday. Check out the editions below.