The Vinyl Factory partners with high-altitude arts festival Elevation 1049 in Gstaad. Taking place in the Swiss Alps for its second instalment in 2017, Elevation 1049 invites a selection of the world’s most exciting artists to create site-specific works and performances, which this year follows the theme of Avalanches.

Artists this year include VF-collaborator Rjoyi Ikeda, who is displaying his stunning test pattern installation, Douglas Gordon & Morgane Tschiember, Michaël Borremans, Thomas Schütte and Cecilia Bengolea, whose work with Jeremy Deller on Bom Bom’s Dream was one of the highlights of 2016’s Infinite Mix.

Sonic manipulator and audio-visual artist Ryoji Ikeda presents his mind-bending test pattern [nº11] installation in a semi-permanent structure on the outskirts of Gstaad to launch the release of his new project Code Name: A to Z, which you can order here.

An interactive visual landscape built from Ikeda’s fascination with data and binary forms, test pattern pushes viewers to their limits, both physically and psychologically, throwing a digital mirror up to the unforgiving monochrome environment of the region’s snow capped peaks.

As Close As You Can For As Long As It Lasts

Inspired by the traditions and rituals of mountain communities that communicated across the hills without seeing one another, Douglas Gordon and Morgane Tschiember made the treacherous ascent up the surrounding hills to create a ring of fire that smoulders mysteriously in the snow.

With viewers invited on a pilgrimage to this mystical event, the fire hopes to ignite its own regional myth, guarded by the eerie howls of wolves that once ruled the slopes in central Europe.

Projected onto the snow-covered slopes, Cecilia Bengolea’s acid-laced piece delves into the intense world of Thai boxing, with its animalistic rituals and superstitions.

Set to a soundtrack of psychedelic electronics and popping French grime, Bengolea dances in the snow in front of the projection, developing unique movements from martial arts and Jamaican dancehall.

Clad in pseudo-ecclesiastical garb, Belgian artist Michaël Borremans’ black-cloaked figure is an anomaly in the pristine white landscape and appears like a visitation crashing to Earth headfirst from above. 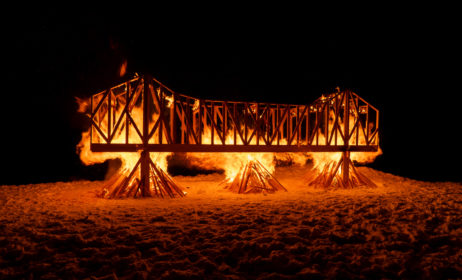 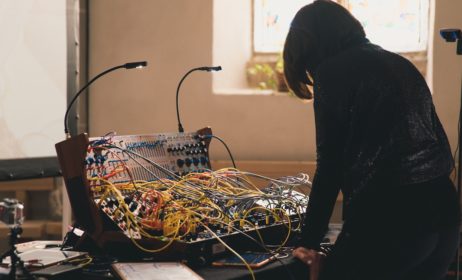 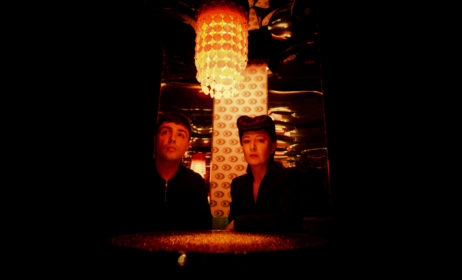