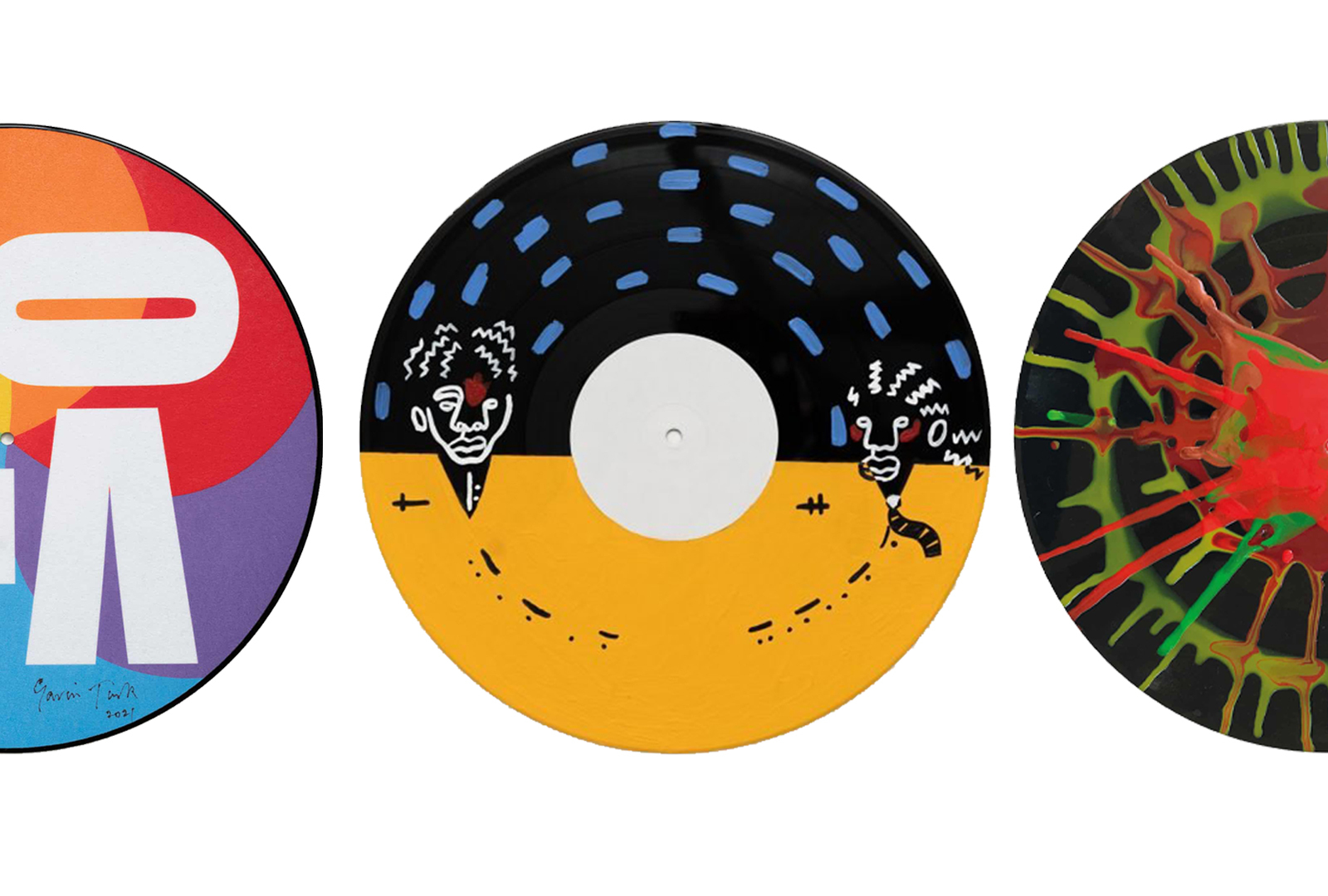 Alongside the physical exhibition, an online auction raising money for Music Support, which supports those in the music industry suffering with mental health and addiction, will launch on 20th May.

Pressing Matters will run until at 5 Carlos Place through 29th May 2021, while the auction will open from 20th May through 5th June.