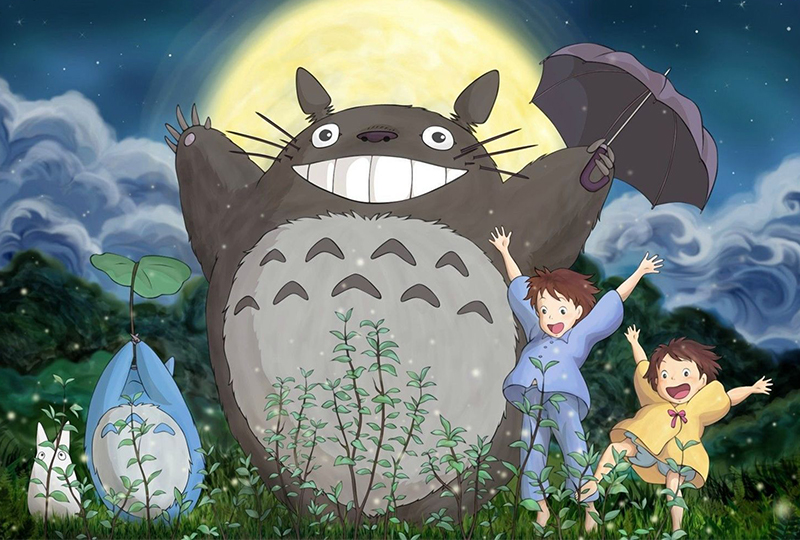 Nine albums from legendary Japanese animation studio Studio Ghibli are being reissued on vinyl for the first time, this November via Tokuma.

All of the LPs were created by longtime Studio Ghibli composer Joe Hisaishi, including the first scores he ever made for the animation house, for Nausicaä of the Valley of Wind in 1983.

Hisaishi is one of Japan’s most prolific and celebrated composers, creating over 100 film scores and albums to date, including every Hayao Miyazaki animation since they first crossed paths, with the exception of Whisper of the Heart, which Miyazaki didn’t direct.

Hisaishi first caught the attention of Ghibli founder Hayao Miyazaki in the early ’80s, when he was hired to compose an “image album” for the film Nausicaä of the Valley of Wind while it was being made.

After hearing the image album, Miyazaki requested that Hisaishi replace the original composer hired to create the music for Nausicaä of the Valley of Wind.

An “image album” is an LP created specifically for Japanese animations, to give a sense of characters’ personalities.

The Studio Ghibli reissues feature 3 albums of music from Nausicaä Of The Valley Of Wind (1983), Castle in the Sky (1986), My Neighbour Totoro (1987), and will be available on Japan’s Record Day, 3rd of November.

Earlier this year, Joe Hisaishi’s cult manga score for Kissho Tenyo – one of our favourite reissues of 2018 so far – was rereleased via LAG Records.

Pre-order the albums here ahead of their 3rd November release, listen to ‘The Wind Forest’ and check out the track lists plus more information about each LP below. NB: Google Japanese to English translation accuracy rather suspect on various song names.

1. My Neighbour Totoro soundtrack: “A soundtrack board that can enjoy the music of Joe Hisaishi who can feel warmth as a warm heartedness to your heart’s content. “Sanpo” “My Neighbor Totoro” is also included.

3. My Neighbour Totoro Image Song Collection: “An image album made with the concept that “children really want, the mouth is opened and the voice is lifted and made a song that can sing. Includes 10 songs + 1 instrumental musical. Song / Azumi Inoue, Joe Hisaishi, Kimiko Mori, Taku Kitahara, Suginami Children’s Choir.”

4. Castle in the Sky Laputa Symphony Hen Taiki: “Symphony album which recorded the song of the image album “The girl who came down from the sky” as a symphony composed of 60 orchestras in total. Performance: Tokyo City Philharmonic Orchestra / Conductor: Katsuaki Nakatani.”

5. Castle in the Sky Laputa Soundtrack Flying Stone’s Mystery: “Soundtrack that contains songs used in the main part of the movie. Also included is an inserted song “Putting you down”.
The jacket illustration is a mother ship of the air pirate Dora family, “Tiger Moss” where “Laputa” appears. Double jacket with duplicate cell picture of Pazu and Theta.”

6. Castle in the Sky Laputa Girls Descending from the SkyImage Album: “Based on the image of Laputa directed by Hayao Miyazaki and producer Isao Takahata to Joe Hisaishi, this album was made in front of a soundtrack board. The jacket is designed by cutting out the protagonist Puzzu and theta from the theater poster.”

7. Nausicaä the Winds Legend of the Wind: “Nausicaä’s masterpieces are reproduced in about 50 orchestras. Joe Hisashi composer himself is in charge of full arrangement and production. The jacket illustration depicts the appearance of a departing Nausicaä.”

8. Nausicaä of the Valley of the Wind Natural Soundtrack to the far place: Based on the image album, collection of soundtracks for movies. Jacket is a watercolour painting drawn down for the cover of original comic. “Despite saving the morning parrot children, Nausicaä is drawn to take a gun in hand so that you can not handle it already and release it from suffering.”

9. Nausicaä of the Valley of the Wind Image Album of the Bird: “A work collection which can be said as the origin of Nausicaa’s film music which was created based on the image of the original cartoon in film production. Jacket illustration is an illustration of director Miyazaki Hayao drawn for Animage’s appendix poster Tolumekia Campaign.”

5. Meve
6. Majin soldier – Torumecian army – His Highness
7. Nausicaä of the Valley of the Wind
8. Distant days
9. The way to the valley