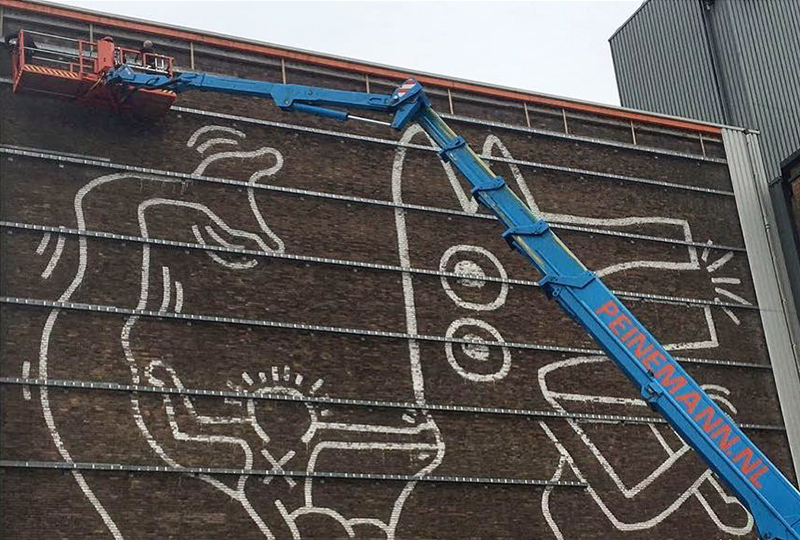 Preserved under weatherboarding for 32 years.

A hidden mural that iconic NYC artist Keith Haring painted in the eighties has been uncovered in Amsterdam, reports artnet.

In 1986, Haring visited the city to paint a canvas canopy inside of Stedelijk Museum Amsterdam.

While there, he asked Stedelijk if he could create a more public work of art, to which the museum offered him a brick wall on its storage unit facility at the time.

Haring’s white mural was covered up when the building had weatherboarding installed to improve its storage climate control capabilities for the artwork inside.

Four years ago, graffiti artist Mick La Rock (Aileen Midell), discovered a photograph which featured the mural, and launched a campaign to uncover it.

In April, two panels from a highway mural Haring painted in 1984 were installed in a Chinatown NYC store.

Its unveiling follows news that Tate Liverpool is hosting the first major UK exhibition of Keith Haring’s work in 2019.