Composer, vocalist, and activist Diamanda Galás is reissuing her 1982 debut LP, The Litanies Of Satan, this April via her own Intravenal Sound Operations imprint.

The Litanies of Satan is comprised of two pieces of physical performance, with the titular track taking its text from Baudelaire’s poem, while the original liner notes describe ‘Wild Women With Steak-Knives’ as “a cold examination of unrepentant monomania, the devoration instinct, for which the naive notion of filial mercy will only cock a vestigial grin, for solo scream.”

With her work poised between art and activism, Galás remains known for demanding physical performances that focus on AIDS, torture, and genocide.

The Litanies of Satan was originally released via Y Records in 1982, and marks the first record in a new series of reissues of Galás’ work since she regained control of her back catalogue.

Galás will also release a new 21-minute solo piano piece in July 2020, titled Deformation, which is described as “a march and delivery of maimed and infected soldiers to hospitals and industrial warehouses throughout Germany during and after the First World War.”

Head here for more info in advance of The Litanies Of Satan’s 1st May release, check out the artwork and tracklist below. 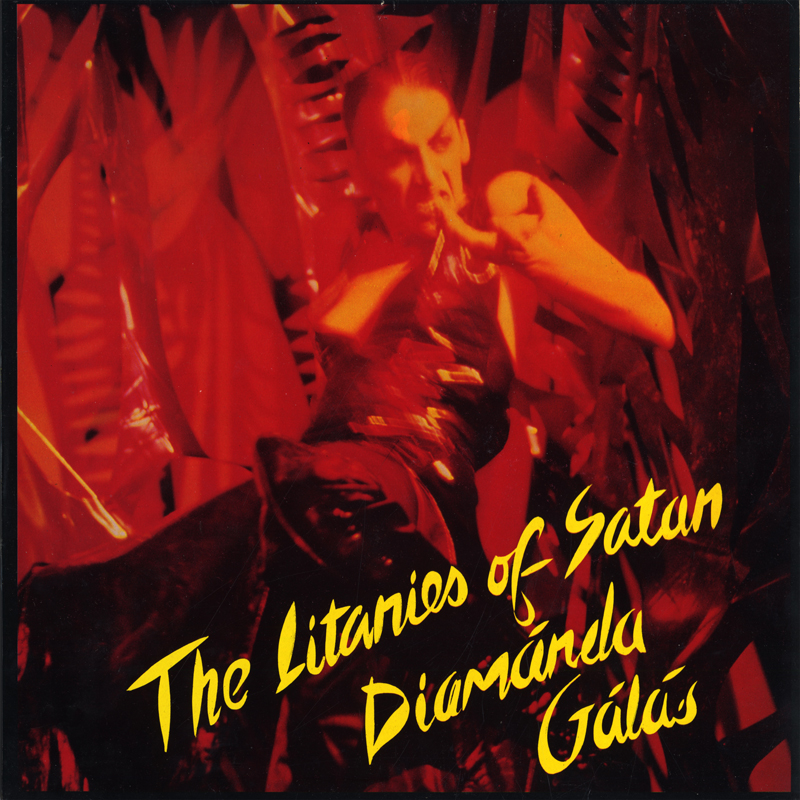 1. The Litanies of Satan