As the 1980s dawned, two of post punk’s most inventive and closely related groups were without a label. The Pop Group had cut their ties with Jake Riviera’s Radar Records after their 1979 album Y, while The Slits were dropped by Island Records despite the equally pivotal LP, Cut.

Enter their manager, Dick O’Dell, who founded Y Records to release a double-sided single, The Pop Group’s ‘Where There’s A Will There’s A Way’ and The Slits ‘In The Beginning There Was Rhythm’. “Rough Trade was absolutely pivotal to making things happen through their distribution,” recalls O’Dell in a café off the Portobello Road near where he set up Y Records. “But it wasn’t just the distribution. It was a hub of like minded people, and they set up promotion, booking and all aspects necessary to promote artists.”

The beginnings of Y Records grew out of West Londoner O’Dell’s long association with Bristol. “It was a really interesting time there with clubs like The Dug Out, the early Wild Bunch sound system and places like the Trinity,” says O’Dell. “The Pop Group also held these brilliant parties where they would play James Brown’s ‘Sex Machine’ one minute, followed by Funkadelic’s ‘One Nation Under A Groove’, then ‘Dancing in Your Head’ by Ornette Coleman into some obscure disco track.”

Following The Slits’ ‘Man Next Door’ 7”, O’Dell released singles from two more key Bristol groups, The Glaxo Babies’ ‘Limited Entertainment’ EP and Maximum Joy’s first single, ‘Stretch’. “As well as Janine Rainforth who was a brilliant singer, Maximum Joy had a great drummer in Charlie Llewellin,” says O’Dell. “In fact Bristol had loads of killer drummers back then, including Bruce Smith of The Pop Group. And I always felt that rhythm was a big thing for Y Records.”

Recorded in the aftermath of riots in St Pauls, these early Y Records were born out of days hanging out at Revolver Records, nights soaking up the dub from local sound systems and dancing to the funk, hip-hop, jazz, soul and disco at The Dug Out. “That whole mix thrown in with a tribal attitude became the ethos of Y Records and that is something I became quite proud of,” says O’Dell.

It was another group to emerge from the Bristol scene that thrust the label into the mainstream for a few weeks. Released on Y Records in 1981, Pigbag’s ‘Papa’s Got a Brand New Pigbag’ crossed over from the underground clubs to reach Number 3 in the UK charts.

Rather than follow the commercial success of Pigbag, O’Dell used the opportunity to pursue more experimental projects. “We were never going to be a pop label,” he says. “I was definitely an arrogant fuck and thought we could make money not doing pop.”

Subsequent recordings ranged from the tribal jazz dub of Bristol’s Mouth to the exotic, mutant disco of Disconnection to the synth-pop funk of Shriekback. In 1982, the label’s most prolific year, Y Records even released the music of Sun Ra, with the LP Nuclear War licensed from his El Saturn label, as well as a mini album from Diamánda Gálás, The Litanies Of Satan.

By now O’Dell had become a regular visitor to New York. “When I went over with The Slits in early ’80s, we used to take huge beat boxes on the plane with us and immediately tune in to Kiss and WBLS,” he recalls. Important connections were made during these trips, which led to Maximum Joy’s ‘Stretch’/’Silent Street’ being licensed by Ed Bahlman at 99 Records (home of ESG and Liquid Liquid). “99 became a ‘must visit’ stop for me, so it was natural for me to license Maximum Joy to him,” says O-Dell. “Ed could be a very difficult man, but he was a true visionary.”

Through Y America, O’Dell released 12”s by Pigbag and Shriekback as well as signing Hurrah and Danceteria renegades Pulsallama. “New York in the late ‘70s/early ‘80s was transitioning from disco and new wave to b-boys and rap, and it felt like the perfect time to launch Y there,” says O’Dell.

Y Records folded in late 1983, with Dick O’Dell going on to set up the progressive house label Guerrilla with William Orbit in 1990, before continuing in management with acts such as Bat For Lashes and Ed Harcourt. With recent re-issues of Mouth by Emotional Rescue and Disconnection by Optimo, there is a growing interest in a label that has never really been given the attention it deserves. 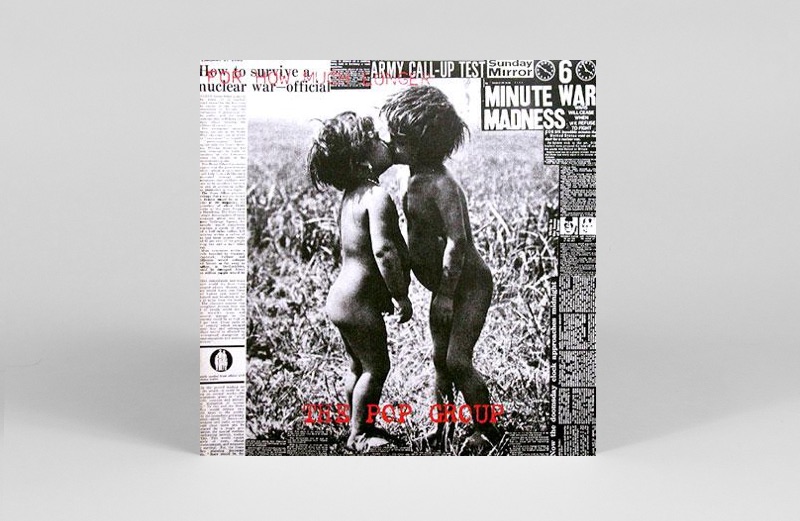 The Pop Group
For How Much Longer Do We Tolerate Mass Murder?
(Y Records, 1980)

“We were cannibal kids finding love amongst the ruins of Thatcher’s slash and burn agenda,” claimed Mark Stewart, about The Pop Group’s second LP – For How Much Longer. Recorded at Foel Studio in the Welsh countryside, For How Much Longer… was panned at the time by NME’s Ian Penman for its “agit-prop didacticism”. But it has rightly been subsequently re-appraised as one of the most vital and prescient post-punk recordings. The late cultural theorist Mark Fisher (K Punk) reflected that the “murky funk, free jazz squalls, dub diffraction, howls and shrieks” were “the sound of a society falling apart.” Nearly 40 years on, its jagged avant-garde noise and political call to arms sounds as urgent and relevant as ever. 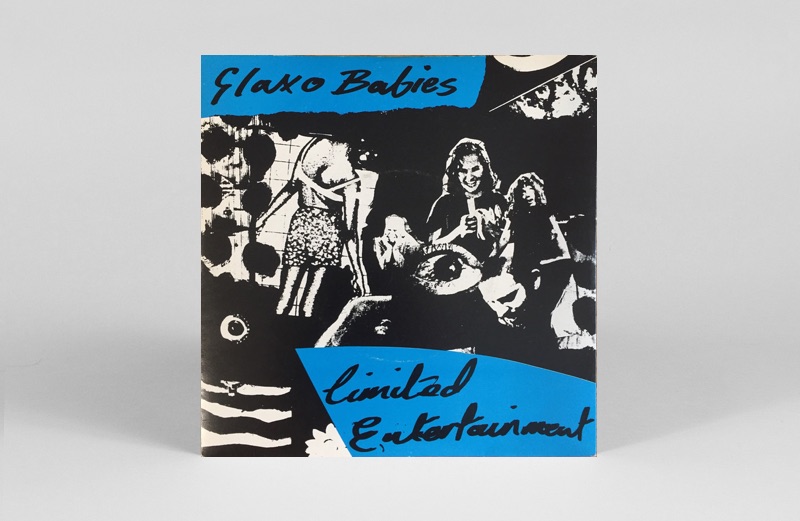 Released on Bristol’s Heartbeat Recordings, Glaxo Babies’ Put Me On the Guest List and Nine Months To The Disco were two of the great post punk LPs by one of the scene’s less celebrated groups. But by 1980 singer (and future author) Rob Chapman and saxophonist Tony Wrafter had left the group leaving bassist Tom Nichols, guitarist Dan Catsis (The Pop Group), and drummer Charlie Llewellin (Maximum Joy). The title track of their only EP for Y Records continued where Nine Months… had left off, mixing angular guitars, motorik drums, dubbed-out rhythms, and free jazz licks. Elsewhere the musique concrète of ‘Dahj’ showed the group’s penchant for the avant-garde heard throughout their second LP. 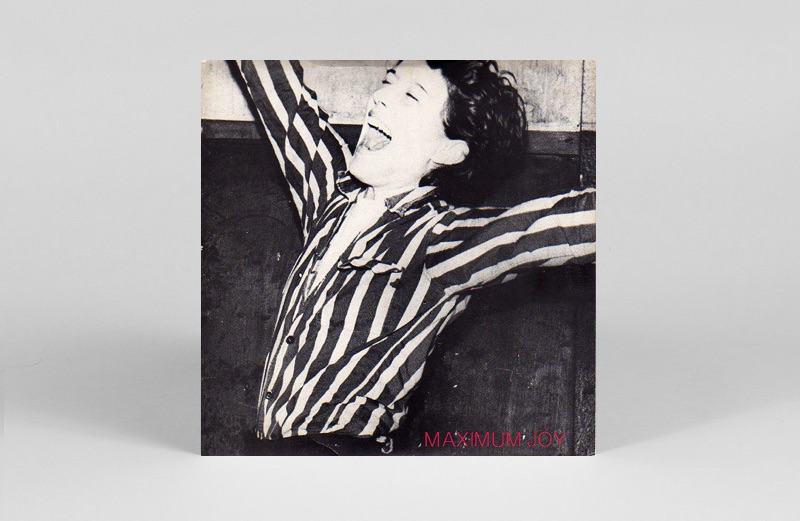 Maximum Joy founders Janine Rainforth and ex-Glaxo Babies saxophonist Tony Wrafter received their education through sound systems like Enterprise Imperial Hi Fi and The Dug Out club, with its soundtrack of funk, soul, hip-hop and reggae. These were the foundations of the group’s debut single, recorded at the legendary post-punk studio Berry Street where Wrafter had previously played on early On-U Sound sessions. The agitated raw punk funk of ‘Stretch’ sits easily next to the debut of their South Bronx counterparts ESG. So it made perfect sense when Ed Bahlman signed it to 99 Records helping the track become an anthem at New York’s underground clubs. It was backed by the equally brilliant post-punk dub of ‘Silent Street’ – a haunting tribute to the sound systems around the group’s St Pauls’ home. Also essential is the Adrian Sherwood produced LP Station M.X.J.Y. 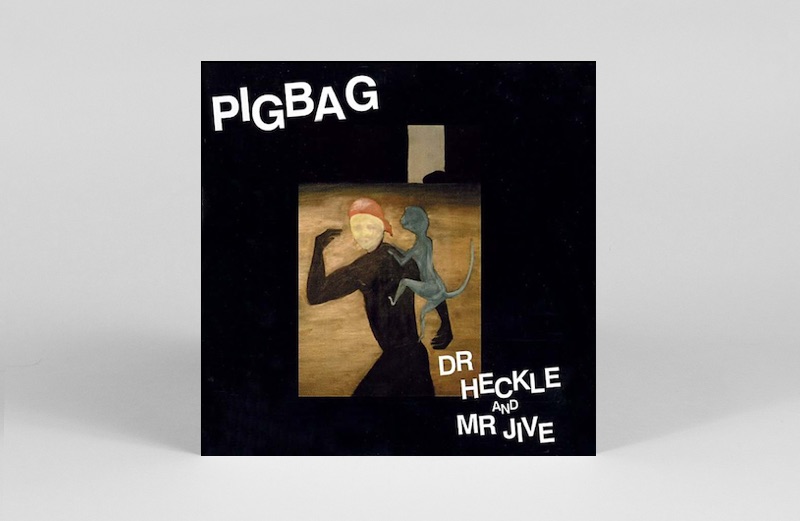 Founded by Chris Hamlin in Cheltenham, South West England in 1980 Pigbag quickly became part of the scene in nearby Bristol. The band, that included ex-Pop Group bassist Simon Underwood and saxophonist Ollie Taylor, debuted with ‘Sunny Day’ before they hit the charts with ‘Papa’s Got A Brand New Bag’. Their debut LP included raucous, post-punk, speed-jazz tracks like ‘Getting Up’ and ‘Brazil Nuts’ whose influence you can hear in bands like Melt Yourself Down. Elsewhere, the group showed their more abstract side on the brooding tribal funk of ‘Dozo Don’ and the musique concrete of ‘Brian The Snail’. 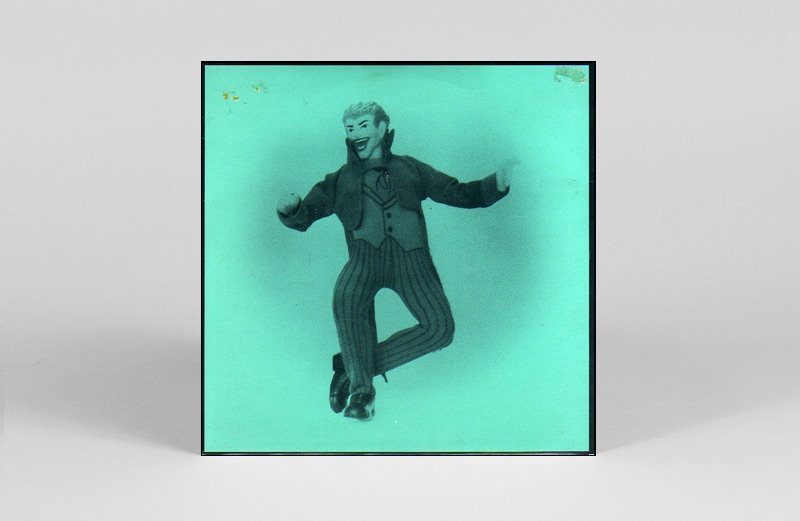 Driven by post-punk’s revolutionary, border-crossing musical impulse, Dug Out regulars Andy Guy and Rob Merrill debuted with the ‘Ooh, Ah, Yeah’ in 1981 on Revolver`s Recreational Records label. Recorded at Berry Street Studios, on this Y Records 10” they drafted in Paul ‘Nellee’ Hooper and The Pop Group/Pigbag’s Simon Underwood. Opening the four track EP, ‘Take Your Coat Off’ throws together tribal drumming, urgent cries and shouts with a ghostly surf guitar lick. On the flip, the group headed in a more dubwise direction while retaining their loose improvised sound on ‘Yahoo’ and ‘ACAB’. 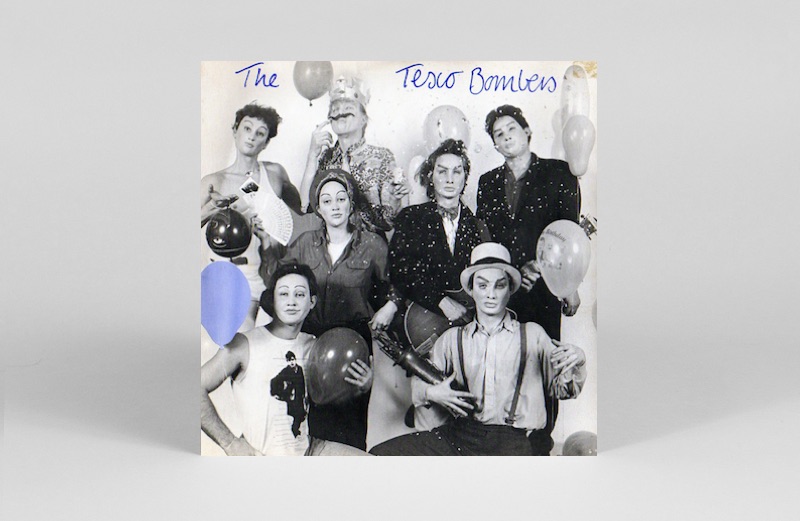 Drummer Keith Allen joined guitarist Neal Brown of Y Records’ The Vincent Units in a group that also included vocalist Sara Fancy of mutant-pop group Sara Goes Pop, for ‘Break The Ice At Parties’. “It’s almost possible to imagine that ‘Break The Ice At Parties’ could have been a pop hit back in 1982,” wrote JD Twitch in the liner notes to his Optimo’s post-punk compilation Cease & Desist. This off-kilter, pop-gem was joined by a suitably-skewed, punk-jazz version of the tango classic ‘Hernando’s Hideaway’. 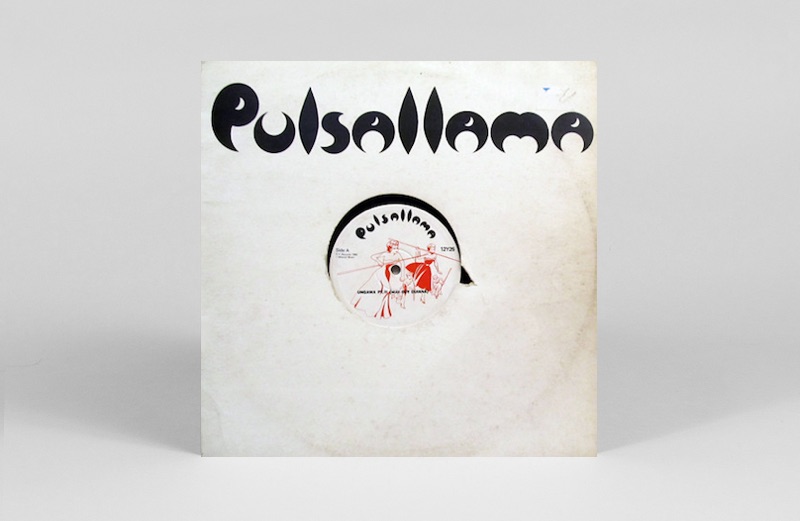 Pulsallama was a 12-piece, all-girl, art-punk band who burst out of the same downtown scene as groups like Konk, ESG, Liquid Liquid, and Bush Tetras. Known for their use of garbage and kitchen utensils as instruments and stage sets, they evolved from Club 57’s ‘Ladies Auxiliary of the Lower East Side’. The neo Dada cabaret night was founded by Ann Magnuson of Bongwater, with members including Wendy Wild, Jean Caffeine, and Lori ‘Bubbles’ Monatana. Something like Adam & The Ants on LSD (the favoured drug at Club 57), the twisted disco of ‘Ungawa Pt.II’opened Soul Jazz’s New York Noise 2 compilation. It was backed by the utterly surreal ‘The Devil Lives in My Husband’s Body’. 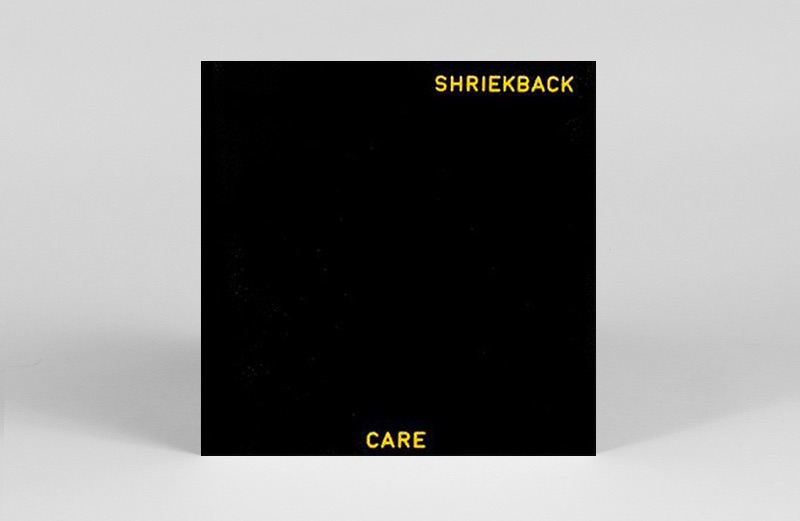 Formed by former XTC keyboardist Barry Andrews and Gang of Four bassist Dave Allen in Kentish Town in 1981, Shriekback debuted on Y Records in 1982 with the mini-LP – Tench. This subsequent LP was their real masterpiece though. It opened with the killer ‘Lined Up’, built around an ominous bass line and Andrews’ distinctive vocal layering. The seriously funky, dark wave synth pop saw the group reach Number 3 in the UK charts. Despite this, Care was a far more experimental outing than the group’s later polished releases for Arista and Island. Alongside the atmospheric cold wave of ‘Clear Trails’ and austere funk of ‘Into Method’ was the minimal Linn Drum jam of ‘Hapax Legomena’ – and ‘Brink of Collapse’, which Julian Cope called “some half-busted monument off in a wasteland”. 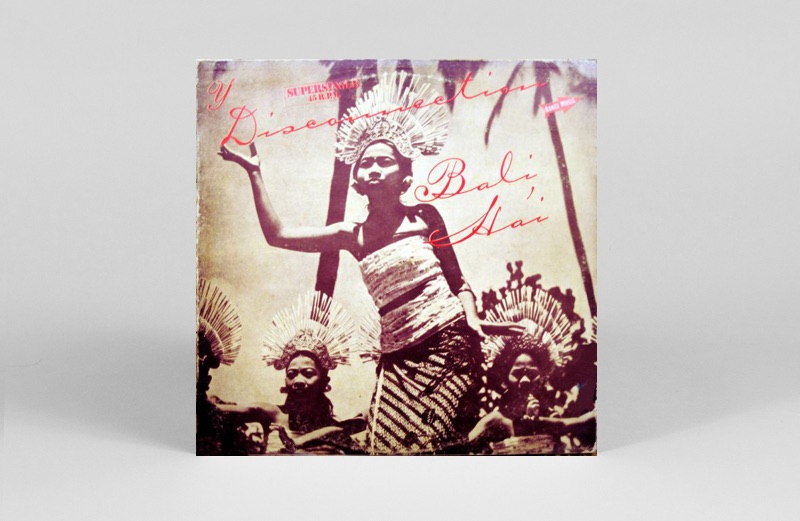 One of the odder records from a label with a penchant for the alternative. The work of Dick O’Dell with Simon Underwood and Alan Wilder of Depeche Mode this mutant disco cover version of a song from Rodgers and Hammerstein’s 1949 musical, South Pacific, arrived the same year as Kid Creole & The Coconuts similarly exotic Latin pop funk LP Tropical Gangsters. But there would be no chart topping for this wonderfully skewed record built around dissonant string passages, nagging synth lines, lots of cowbell, and a bass line to destroy the floor. The faux tropical vocals were those of Angela Jaeger (Pigbag) who also featured on the brilliant ‘Aaaah’ a bonus track on the Optimo re-issue of the 12” in 2016. 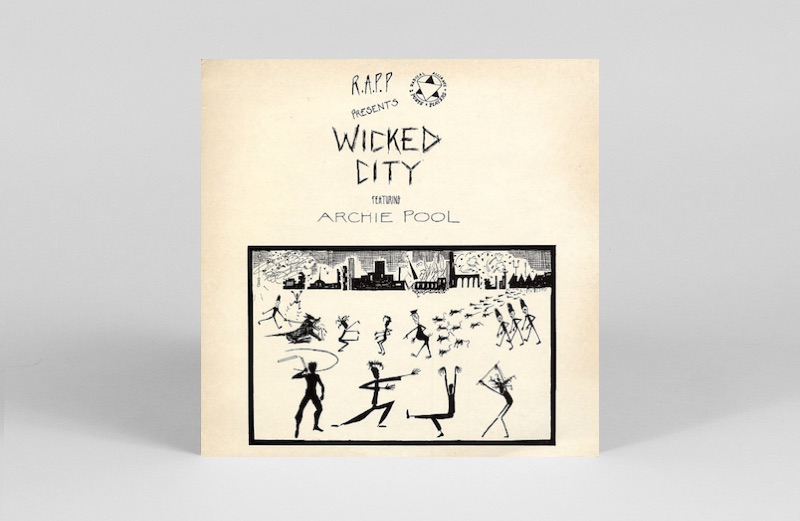 Dennis Bovell produced both The Pop Group and The Slits’ debut LPs, part of a string of pivotal post-punk records by groups including Maximum Joy and Orange Juice. So, it made perfect sense for Bovell to be at the controls for Y Records’ only strictly reggae LP. Standing for Radical Alliance of Poets & Players, R.A.P.P was a collective from London helmed by the dub poetry of actor Archie Pool. He was best known for his role as Dreadhead in Franco Rosso’s 1980 film Babylon, scored by Bovell. Co-produced by Pool and Bovell, their only LP recalled Linton Kwesi Johnson’s pivotal LP Bass Culture another masterful production by Bovell. He also added bass and organ in a band that included a stellar line of players from the London scene including drummer Angus Gaye of Aswad. 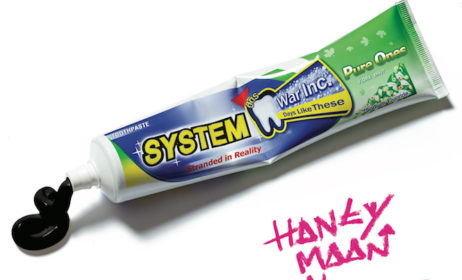 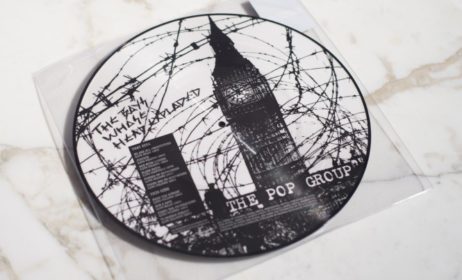 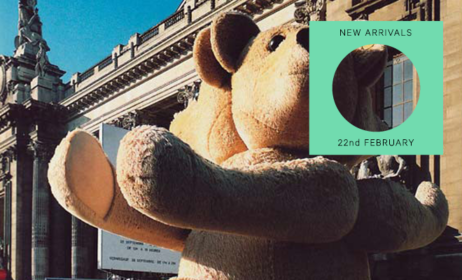