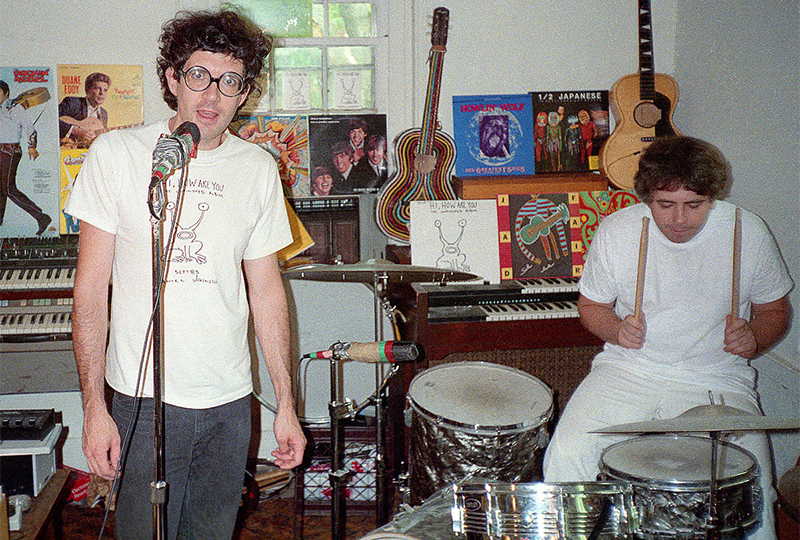 Featuring a flexi-disc of the previously unreleased song ‘I Live My Broken Dreams’, as well as a bonus track – ‘Ashes on the Ground’.

Daniel Johnston and Jad Fair’s 1989 album It’s Spooky is being reissued in a 30th anniversary edition, this April via Joyful Noise Recordings.

It’s Spooky was recorded and mixed in one week, with Johnston and Fair playing most of the instruments including drums, guitar, piano and keyboards, alongside Johnston’s surreal and child-like lyricism, exploring everything from taking acid to the experiences of McDonalds’ workers.

Originally released in 1989 on Fair’s own 50 Skidillion Watts imprint, the new reissue includes a flexi-disc of the previously unreleased song ‘I Live My Broken Dreams’, as well as a bonus track – ‘Ashes on the Ground’.

Head here for more info in advance of It’s Spooky’s 10th April release, and check out the tracklist below.