A Certain Ratio reissuing all of their albums on vinyl 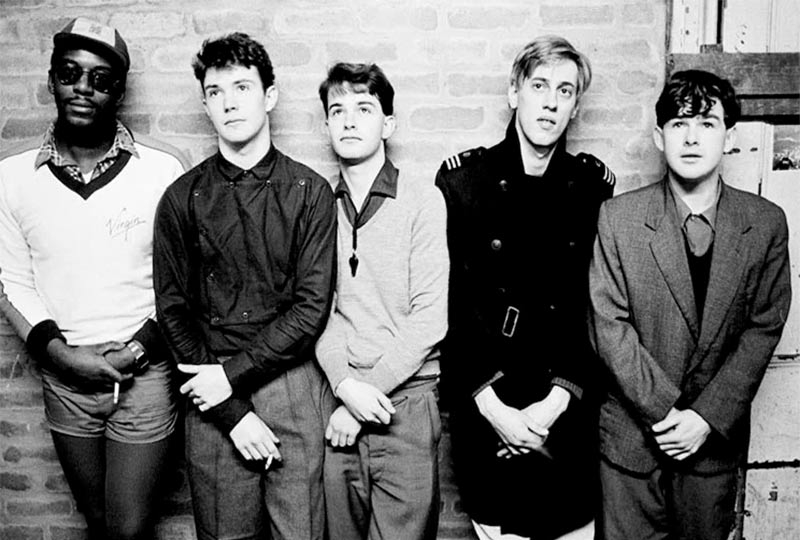 The group who mixed punk with Parliament funk.

Manchester band A Certain Ratio are rereleasing all of their LPs on vinyl, as well as a new compilation and rarities box set, via Mute.

Read more: An introduction to A Certain Ratio in 10 records

Once described as “James Brown on acid”, the band released the first album on Factory Records, and were best known for their song ‘Shack Up’, but never went on to achieve the mainstream success many believe they were deserved.

“They were post-punk Wire/Throbbing Gristle fans who got their name from a Brian Eno lyric (‘I’ve been looking for a certain ratio’), but listened to Parliament-Funkadelic” says Dave Simpson.

Full details on what is to come have emerged, after the band teased the reissue project late last year. On November 24th ACR’s 1979 debut album, The Graveyard and The Ballroom, originally released by Factory Records, will be available on limited edition 500-copy vinyl, as well as To Each (red vinyl) and Force (yellow vinyl).

On 23rd February 2018, the band will release I’d Like To See You Again,
Good Together, and acr:mcr on vinyl, followed by a new compilation and rarities box set in April.

ACR will also play a hometown show at Manchester’s Ritz on 16th December 2017 to support the albums.

Pre-order the first three LPs here, and listen to ‘Do the Du’ below.