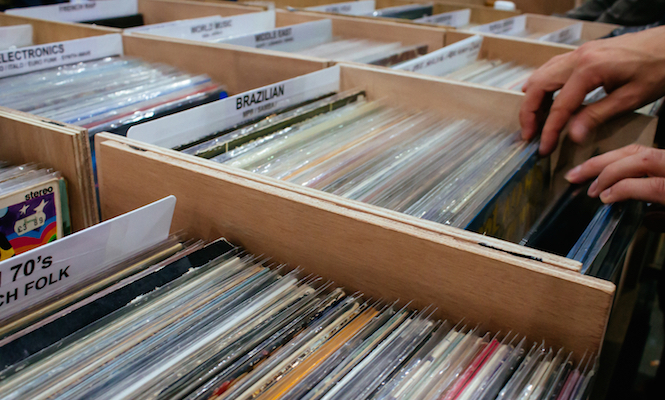 Despite the steep decline in CD sales, and slowing of vinyl sales growth, physical sales (including CD and vinyl) still accounted for nearly £2 billion in the UK.

“Even HMV (which has recently gone into administration) has sales still of a quarter of a billion pounds, so that’s not a small business,” explains Kim Bayley of the Entertainment Retailers Association.

Artic Monkeys took the number one spot, with 38,000 copies sold of their album Tranquility Base Hotel and Casino, The Greatest Showman soundtrack took second place followed by Fleetwood Mac’s Rumours at number 3.

Of the ten top selling vinyl albums, only three were new LPs – Artic Monkey’s Tranquility Base Hotel and Casino, The Greatest Showman soundtrack and George Ezra’s Staying At Tamara’s.

“The reason vinyl sales are at a 25-year high is because people are rejecting this part of modern society where everything is immediate and nothing means anything,” shares Banquet Records’ Jon Tolley.

Check out the top 10 below: