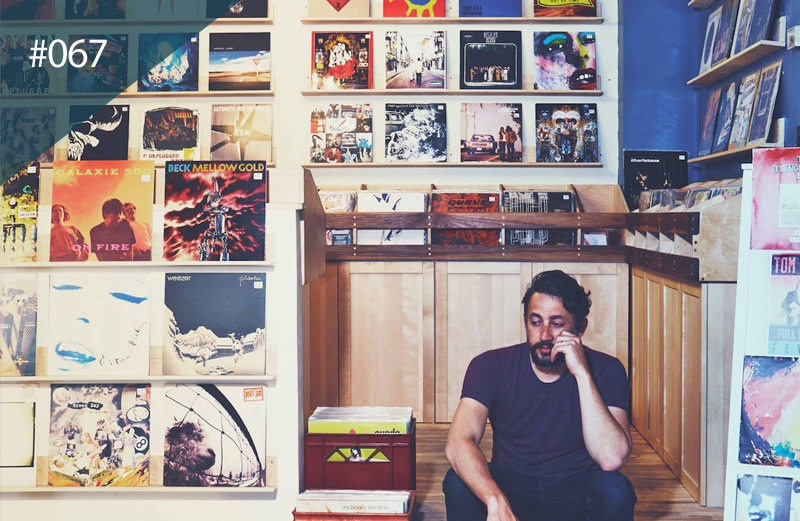 Having been wowed by the vast scope (by name and nature) of Toronto’s Cosmos Records, our second visit to the city sees us stooping to enter The Tiny Record Shop, whose modest space helps determines its razor-sharp curation of new and used records.

What’s the story? No, they don’t just sell 3″ records. What Toronto’s Tiny Record Shop lacks in size, it makes up for in heart, curation and social media presence.

Slotted into a modest 9’ x 14’ space in the city’s booming Riverside/Leslieville community, the shop is owned by Trevor Larocque who, as a resident of Toronto’s “East End” wanted to contribute to the neighbourhood in the same way that his acclaimed record label Paper Bag Records did in the early 2000’s.

While stock spans the ’50s to the present day, both second-hand and new, fans of country, soul, reggae, blues, classic and indie rock are bound to be impressed. So much so in fact, that some of their earliest customers couldn’t quite get their heads around the value of some of their selections. In a shop this size, disagreements can be magnified.

That said, The Tiny Record Shop has many more friends than foes, catering for an enthusiastic local scene and the odd well-known name: Wilco gave them “best used bins in the city” approval, while the shop’s proximity to Toronto’s film and TV studios attracts a lot of venerable through traffic, including Jeremy from Junior Boys’ and Brendan Canning from Broken Social Scene.