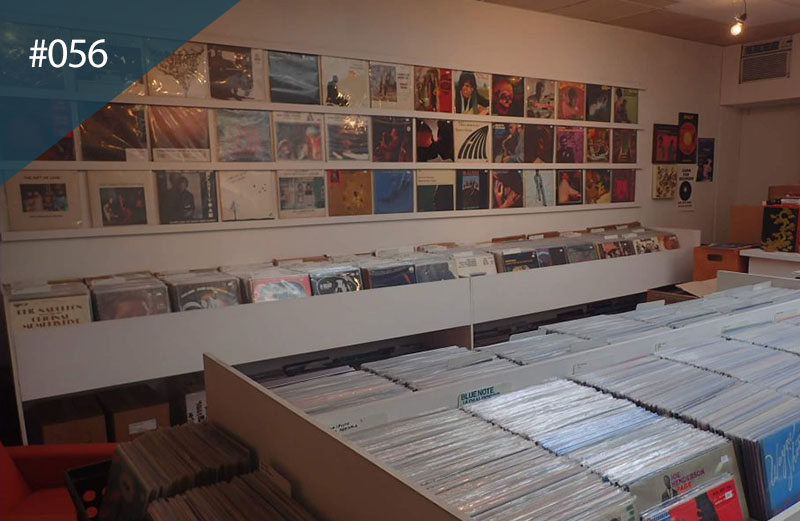 Having ticked off Montreal’s one-stop for almost any title, we’re in Canada again with an overdue stop in Toronto, one of the world’s most multicultural metropolis.

As most local collectors will tell you, if you’ve only got time for one shop in this city, let it be Cosmos Records – and maybe also its neighbouring sister branch.

What’s the story? Aki Abe began in the industry as a translator for Japanese record dealers looking for deadstock records in the early Nineties. He learned the trade and started to wholesale rare albums in the genre of disco and rare grooves to select shops in Japan while finishing school in Toronto.

Sometime during ’97, he decided on opening a permanent space to sell records and spent six months gathering stock from major cities in the US.

“I remember finding a flea market in Atlanta with over 10,000 albums, finding Guinness soul albums and Strata East records, recalls Abi. “I wasn’t sure if this idea would work in Toronto but after two weeks we had run out of stock so I had to close the shop for another two weeks and go on a buying trip.”

The shop’s aim is to supply customers with music that has fallen into obscurity but deserves renewed attention. “Our job is to find the ones that slipped through the cracks and find relevance,” Abi says. “With the Internet now it’s a lot easier to do our job since most of the information is out there but the time we spent tracking the music for years can’t be easily replicated.”

Since opening in 1998, Cosmos has expanded into two further locations: Cosmos West, located just a stones throw from the flagship branch in downtown Toronto, and Cosmos London, which opened in 2015.