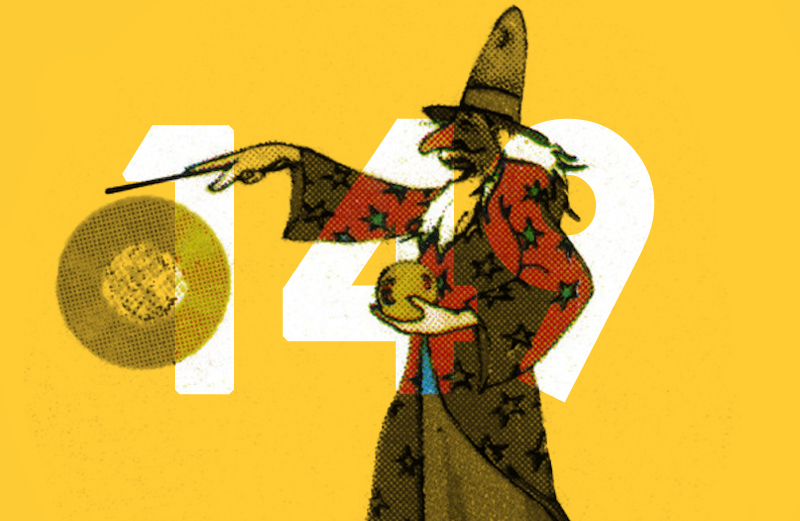 An introduction to one of the largest italo disco labels.

Founded by Severo Lombardoni in 1982, Discomagic was responsible for thousands of recordings released under hundreds of sub-labels that defined the genre’s irreverently kitsch sheen, from the early ’80s until the mid-’90s.

Formerly known as Happy Meals (whose 2014 album Ápero on Night School made our top 100 records of the year), kosmische musik-indebted Glasgow duo Suzanne Roden and Lewis Cook have returned as Free Love, with the seductive Euro disco-influenced single ‘Pushing Too Hard’.

To mark their return, Roden and Cook have braved the vast discography of the italo behemoth Discomagic for VF Mix 149, finding kinship in the label’s shape-shifting polynyms and glitterbeat nightcrawlers.

Listen to the mix and read their introduction below.

“One of my friends introduced me to the Discomagic back catalogue a while ago and, while I was already familiar with a lot of the tracks, it blew my mind that so many of these records were connected by this golden thread – literally hundreds of sub-labels and artistic pseudonyms spanning decades starting in the early days of Italo-disco taking it right through to ’90s trance and Eurobeat. There have been a lot great releases over the years the years, but I think the golden era of the label has to be the ’80s, when some of the best Italo records were associated with the label in one way or another. I love how elusive and productive the artists involved with this music seem to be – often dropping one record under one name and then never coming back to it, only to release another under a different name very quickly after it.

“The volume of music is astounding so we tried our best to pick out some our favourites and avoiding some of the immediately obvious choices (Mr. Flagio – ‘Take A Chance’) but gave in a couple of times (Ryan Paris – ‘Dolce Vita’)! Playing these tracks out on dance floors and feeling the NRG of a room escalate and bubble has been a massive influence on us. Although often sadly considered disposable, these productions stand tall, masterful and quite pleasingly oddball on a big sound system.”