Shafiq Husayn: The journey of a love czar in 10 records

From hosting sessions at his Silver Lake studio house with Thundercat, Dilla, Herbie Hancock and Erykah Badu, to co-founding the game-changing trio Sa-Ra Creative Partners, producer and unsung hip-hop hero Shafiq Husayn traces his life in music in his own words.

As one third of Sa-Ra Creative Partners, Shafiq Husayn pioneered a funk-laden, futurist approach to soulful music in the 2000s. With albums like 2007’s The Hollywood Recordings and 2009’s Nuclear Evolution: The Age Of Love, Sa-Ra — which also includes Taz Arnold and Om’Mas Keith — Husayn cleared the runway for bands like The Internet, Thundercat, Anderson .Paak and Jimetta Rose, all of whom spent time in and around his Silver Lake studio in their early years.

As he celebrates the release of his long-awaited second solo album, The Loop on Eglo Records, Shafiq Husayn takes time out to reflect on some of his landmark projects and the moments that have shaped him along the way. 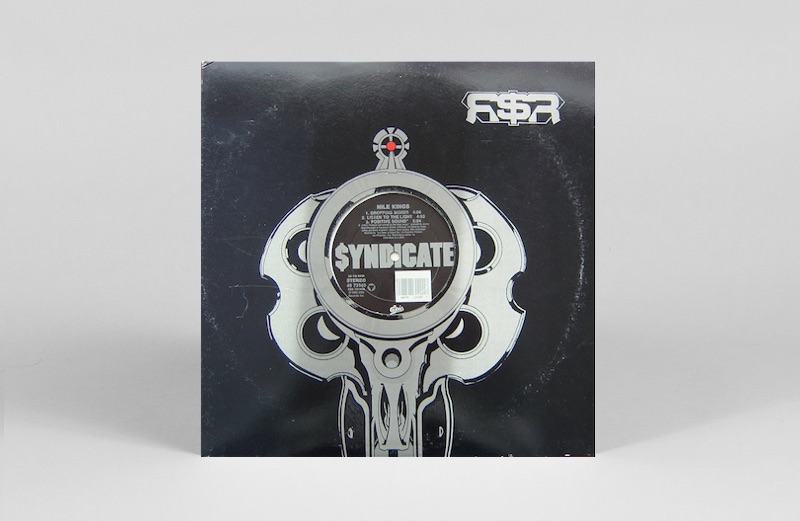 My original running crew was with the likes of Prince Whipper Whip from The Fantastic Five, Lil Ronnie and Charles B. These were MCs in Los Angeles — we all went to Inglewood High School. I ended up in New York around 1983/84 through some vicarious interactions, and was eventually hooked up with the Zulu Nation. I actually met King T while living in Houston, and then moved back to Los Angeles to start what would be known as the Nile Kings.

I went to Crenshaw High School, and at the time my classmates were [LL Cool J’s producer] Bobcat and the legendary Battlecat. They were part of a DJ group called Uncle Jamm’s Army. I would go to Battlecat’s house and play records, showing him breakbeats. I watched the early growth of LA hip-hop while also being connected to the foundation of hip-hop in New York.

Dropping Bombs was my first record. A year before I produced for Ice T, my group signed to his label, Rhyme Syndicate. At that time I was going to Compton College and still hoping to get into the NFL. I remember having a college football game as starting running back, but Donald D had also handed me his SP-1200 to learn before our session that weekend. Right before the game, I was playing around and made ‘Listen To The Light’. 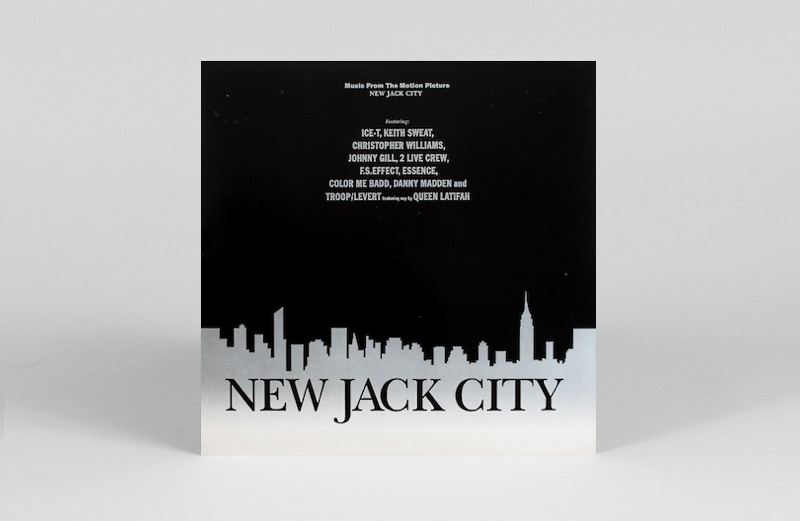 My first production with Ice T was for the New Jack City soundtrack, and it was definitely a landmark record for me. At the time, me and DJ Aladdin were a producer group called Ammo Dump. We had produced 12 songs on Ice T’s O.G. Original Gangster album, which had come out of producing the New Jack City soundtrack. I didn’t even know that New Jack City was going to be a big movie. I just remember going to the Warner Brothers [studios] a lot, and hearing the song that I’d produced on this big screen with all the movie stars of the day — Mario Van Peebles [New Jack City director], Chris Rock, everybody was there. I was bugging out as a 22-year-old. 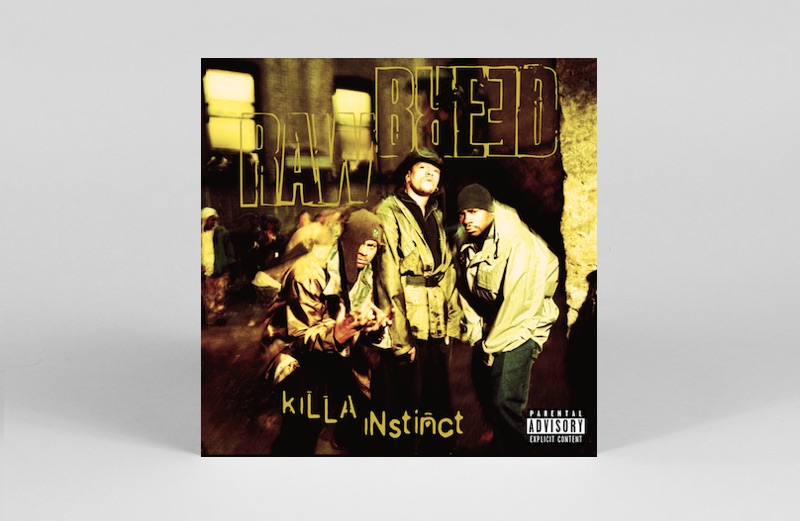 Om’Mas Keith was an engineer and producer for Raw Breed and I met them both at the same time at Ice T’s house in the Hollywood Hills in 1994. That same night, I recorded what became ‘Carlito’s Way’. One of the MCs wasn’t available and TR Love from Ultramagnetic MCs had asked me if I had anything for it, so I wrote a verse and they loved it. We ended up doing four songs, and two days later, Warner called and offered us a deal.

The first album, Killa Instinct, was set to be a smash. We had all the boroughs of New York on lock. But right before the album was about to come out they called us into the office and said they had good and bad news: we could take the album to another label, or be given a budget to record a new one – either way we couldn’t put this album out. Warner were giving out nice budgets at the time so we recorded another album. This time we utilised Om’Mas at Marc Giveand’s request, and that’s how we started working together, on what became Blood, Sweat & Tears.

I met Taz around 1988-89 while I was in college and he was at Washington High School. We met each other because he took his testimony of faith at the same mosque in Watts, but we didn’t start messing around with music until a few years later. A lot of people don’t know that he also studied engineering at UCLA. At this time I was living in New York, but whenever I came to LA I would always stop at his place. On one trip with Om’Mas, we mixed the Raw Breed album in LA, so I introduced them to each other. 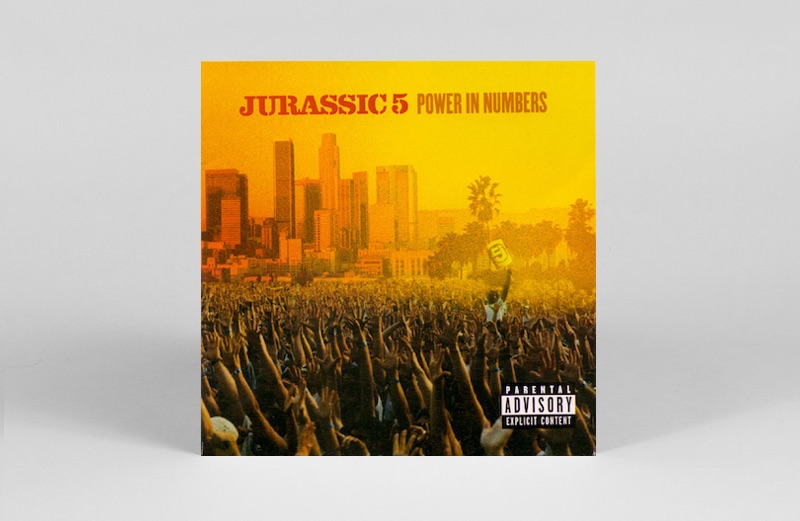 I’d produced two songs on the first Jurassic 5 album and they came back to me for the second. By that point, I was producing with Sa-Ra.

‘Hey’ is the first track from Sa-Ra as a producing unit. I already had the basic programming done for the track when we got a call from India.Arie’s people, who needed a remix for ‘Brown Skin’. I played the track for Om’Mas and he started building on it with a more enhanced chord layer. In the end, they didn’t accept the remix, but we now had this track that had started off on the MPC and ended up as a song. So I told him, let’s split the track and put our names on it.

Some artists didn’t know what to do with our unorthodox tracks, so we’d give them a vocal reference. Unbeknown to us, this is how the formation of Sa-Ra the group would happen. 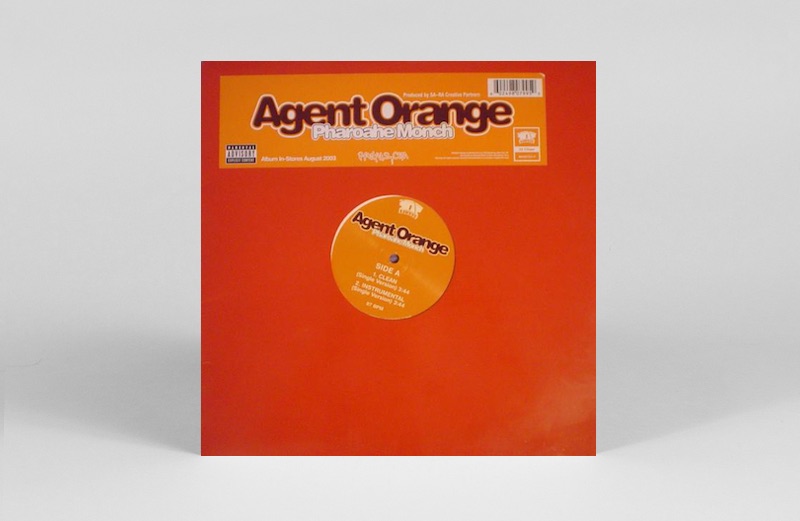 Over on Crenshaw and 54th was the Hotep Palace, ground zero for Sa-Ra and also Taz’s mum’s house. This was the place where Om’Mas settled, having relocated to Los Angeles. We made ‘Glorious’, ‘Rosebuds’, and a lot of those foundational Sa-Ra songs there.

Pharoahe Monch had heard one of our beat CDs and was going on about the tracks. We set up a session and ‘Agent Orange’ was the first track we made together. ‘Glorious’ also happened to be on the beat CD and he loved that too – there’s a version of ‘Glorious’ featuring Pharoahe Monche that didn’t make the album. In the end, ‘Glorious’ became a Sa-Ra track with ‘Rosebuds’ on the flip. 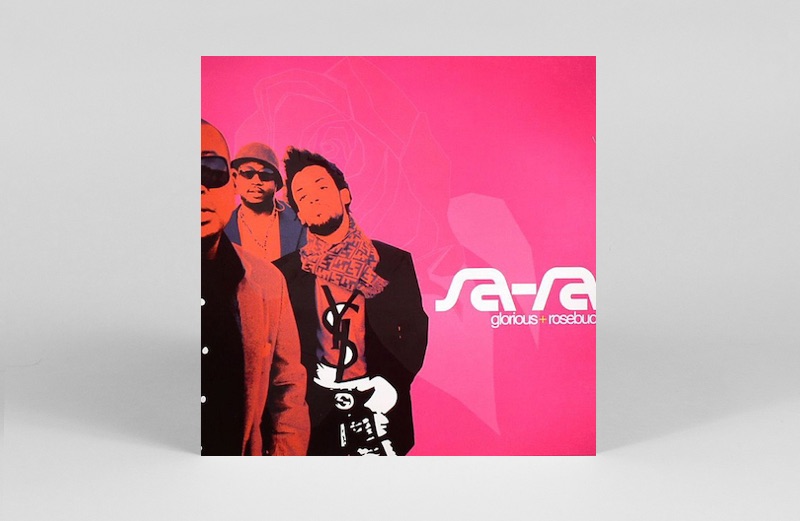 In 2004, we built the studio house in Silver Lake. We hadn’t signed our deal with Kanye [West, G.O.O.D Records] yet, but were finishing up what became both the Nuclear Revolution: The Age Of Love and Hollywood Recordings albums.

A lot of people don’t realise that Jameel “Kintaro” Bruner [former keyboardist in The Internet and the younger brother of Ronald Bruner Jr. and Stephen “Thundercat” Bruner] was in the Sa-Ra house when our records were being made. He was super young, maybe 11 or 12. Thundercat would bring Jameel to the house, he pretty much lived with us.

The type of people coming to the Sa-Ra house was wild: Erykah Badu, Herbie Hancock, Afrika Bambaataa, Dante Ross, Diamond D, Kanye West, Fonzworth Bentley, Jill Scott, Black Eyed Peas, Freestyle Fellowship, Talib Kweli, The Roots, Musiq Soulchild, John Legend, J Dilla. Dilla stayed with us for a week – at that time he was living with Common about 15 minutes away. A lot of historic sessions happened in that house. 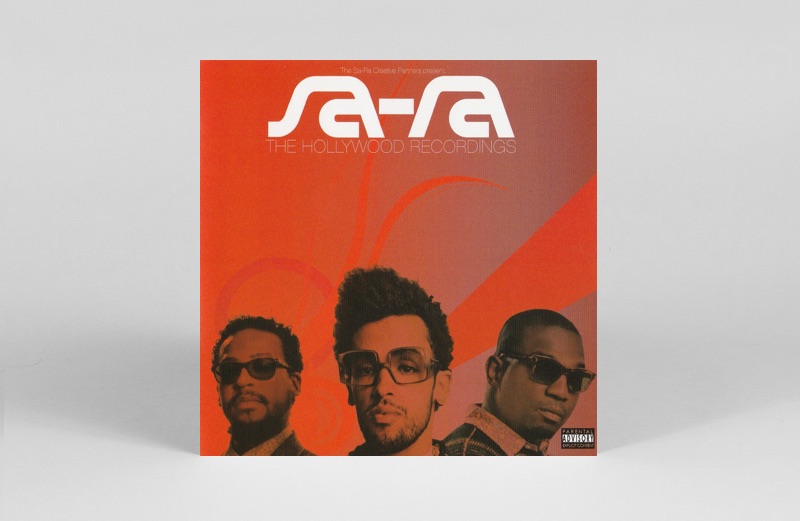 ‘Hollywood’ is in reference to Om’Mas because when he first moved to LA, he’d always get caught up in Hollywood. He’d say he was on his way back to LA to finish something, but it would usually take him all day and you might not see him the next day either.

When Herbie Hancock came to do the session for ‘Fantastic Vampire’, he pulled up to our house in a canary yellow Corvette. As a GRAMMY nominee at that level — the year before he won a GRAMMY for ‘Album Of The Year’ — he got a choice of car. He fixed our Rhodes and showed us a bunch of tricks with the synthesiser and voice box, among other things. 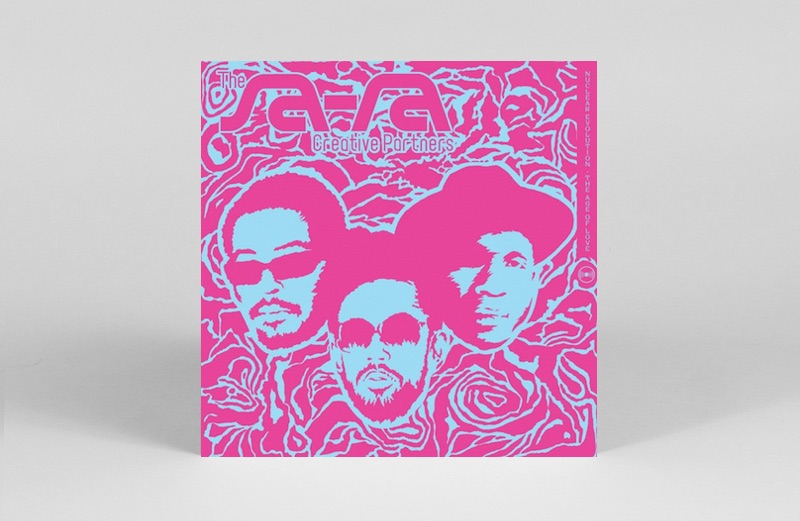 ‘Love Czars’ took about five sessions to finish and when I first started on the track, I remember hearing that piercing organ sound in my head. It was so strong and meaningful. Thundercat came in and played the bassline and guitar. We mixed the record over at Josef Leimberg’s studio and I vividly remember people constantly stopping to listen as they passed through the session, because you had to pass through our room to get to the other studio.

I remember sitting down with Taz when we came up with the lyrics, ‘The El is coming’. ‘El’ means God or ‘God is love’, so that line tells people that love is coming, or in other words, we’re about to switch the polarity from hate to love. 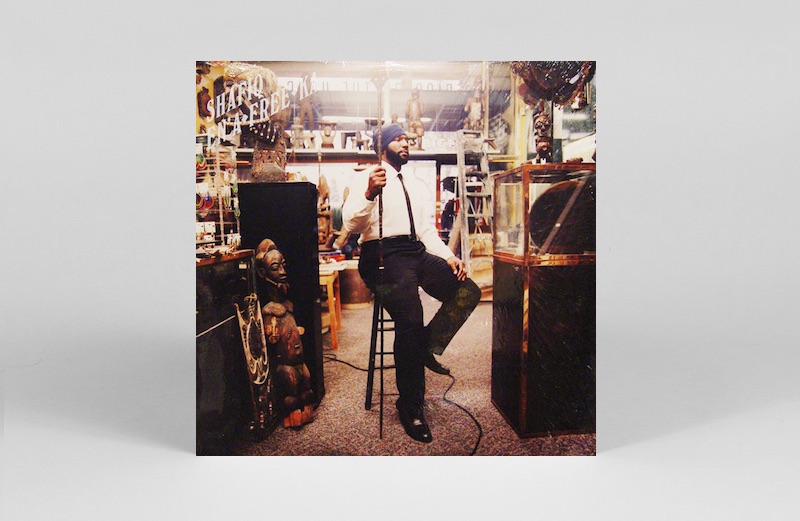 By this time, we’d all moved out of the Sa-Ra house. I’d just got married and moved to Mount Washington, so I had a studio built on the bottom floor of our three-storey apartment. I started working on this album as a means of making people think about other ways of making music — both as a producer, artist, and a listener.

En’ A-Free-Ka took me three months to make. The album title was a play on the movie Shaft In Africa. Eric Coleman, who did the album cover and promo for the project, thought it would be a dope idea to do something based on that movie, but I wanted to turn it into something else. ‘Ka’ means spirit, so it became, “Shafiq ‘in a free spirit’”. 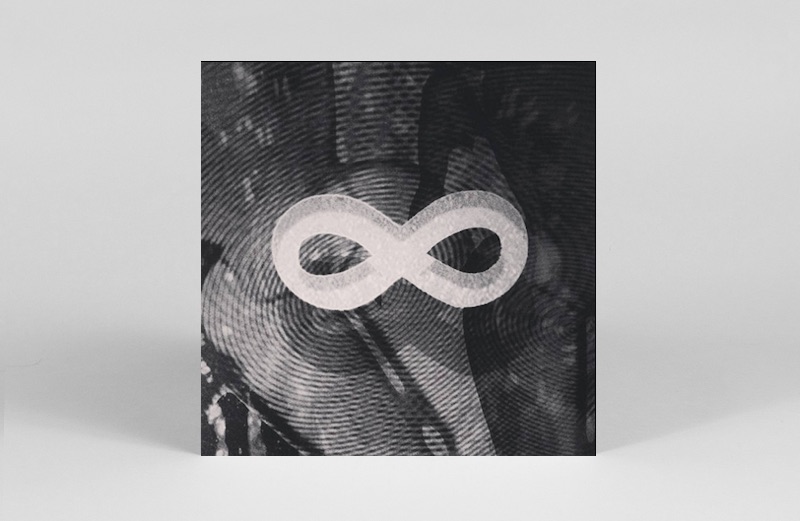 I was working on The Loop while the likes of Jimetta Rose and Anderson .Paak were living at the house. You had members of what would become The Free Nationals and a few other acts in and around too. Dove Society was an idea for an umbrella that the whole crew could work under, an international creative collective: Jimetta Rose, Nanna B, Anderson .Paak, The Free Nationals, and many more.

I started working on The Loop in 2010, so it’s been nine years. I’d met Anderson .Paak (known as Breezy Lovejoy at the time) that same year, and these are the tunes that were made around the same time as Venice and Malibu. It’s been a long road, but I’m so glad to finally have this music see the light of day.

Shafiq Husayn’s The Loop is out now on Eglo Records.