Not the hippest bunch: Behind the scenes of the Hacienda’s opening party

The Hacienda may have become the UK’s most influential club, but these photos taken on the opening night tell a slightly different story.

Having never designed a nightclub before, Ben Kelly was tasked with transforming the Factory aesthetic into a living, breathing three-dimensional space. On 21st May 1982, armed with a camera and most probably a few pints of bitter, one of the architects of Manchester’s hottest new club captured the historic moment the Hacienda was born. Accompanied by prints of the photos he took that night, Kelly recounts the Hacienda creation myth first hand.

It was definitely perceived to be a big thing, something important happening, something unusual. My friends knew the Hacienda project was happening and they new it was an important thing for Factory. I suppose when you’re in the thick of it, you’ve just got your head down and hoping everything is going to work out.

The run-up was obviously fairly chaotic, to get it all finished. I can remember wet floor paint, which wasn’t a good thing, I think people’s feet were getting a bit sticky. I remember one very close friend of mine travelled all the way from Las Vegas to come to the opening night, which was quite amazing for me.

There was one incident during work in process, where there were big pieces of steel going in, welding and heavy duty stuff and I remember there was a guy up on some scaffolding inside the building plastering something. And it turned out he was an epileptic, and he was standing on this thin board when suddenly he had a fit and fell to the floor. And as soon as he’d recovered from his fit he climbed back up and carried on plastering! Perhaps that was indicative of a certain determination to get the bloody job done. 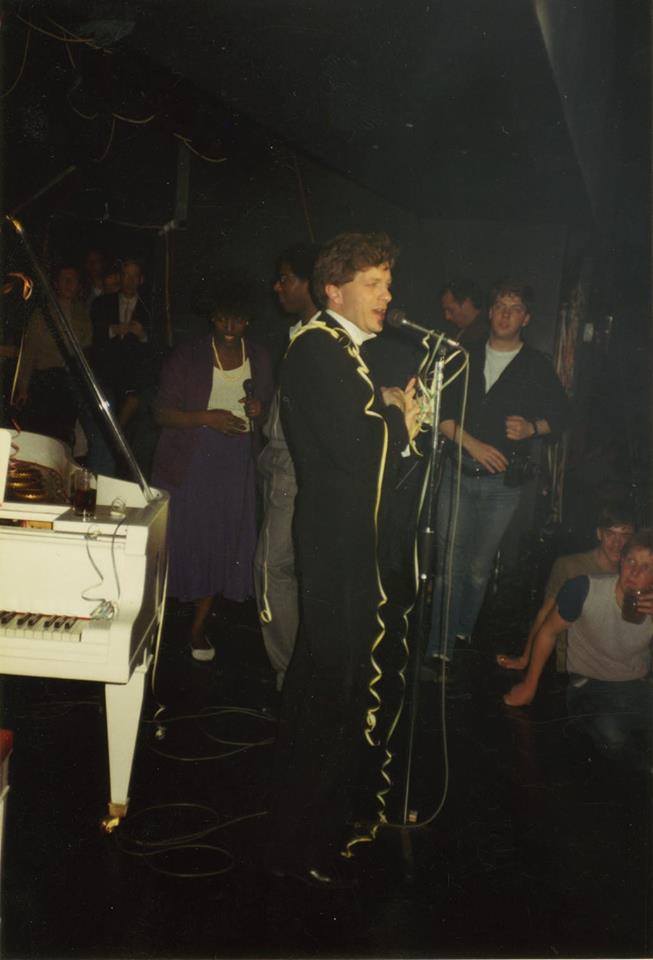 One of the highlights of the evening when it had kicked off, Tony Wilson in his infinite wisdom, had the northern comedian Bernard Manning as one of the opening acts. He was a very large, overweight, crude, vulgar northern comedian who ran a big and successful club called the Embassy Club, a cabaret place, and he had a reputation in the north of England. He came onto the stage and took a look around – and I don’t know if he even started his first joke – but the audience were rather taken aback with Bernard Manning being there, and he just looked at me and said “I’ve played some fucking shitholes in my time, but this beats the lot of them,” and walked off stage and handed his money back! And a cheer went up. It was chalk and cheese and it was like Tony had put the most unlikely person into the spotlight knowing that some fireworks were going to go off, and they did. 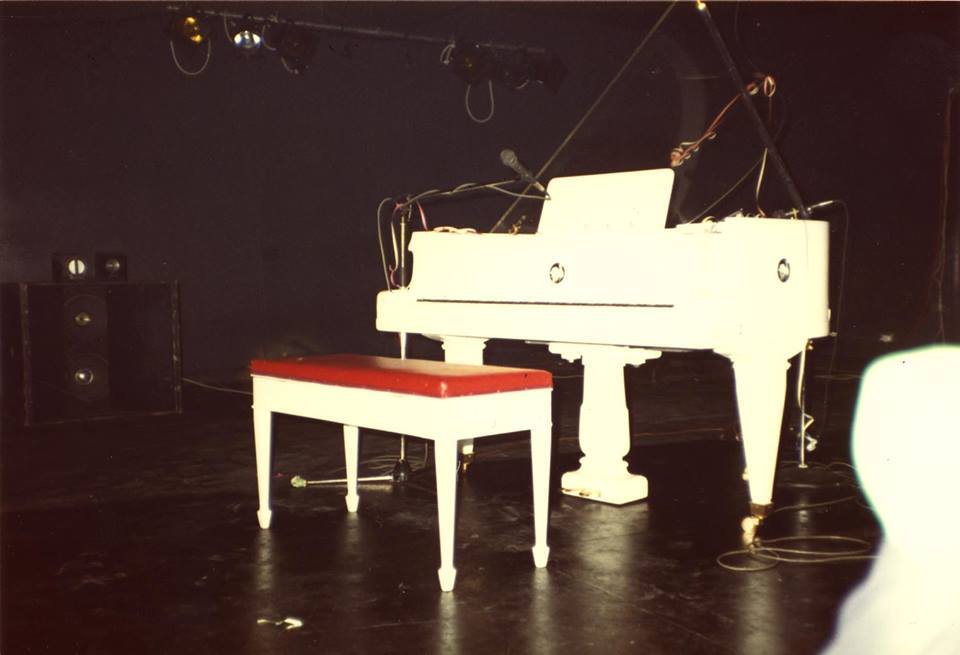 I think there was a band called ESG from New York who were quite unusual and that gave another air of expectation amongst the gathered throng. And there was a white grand piano on the stage, and Vinnie Reilly with Tony Wilson sat at the piano. It was a party as much as anything else. 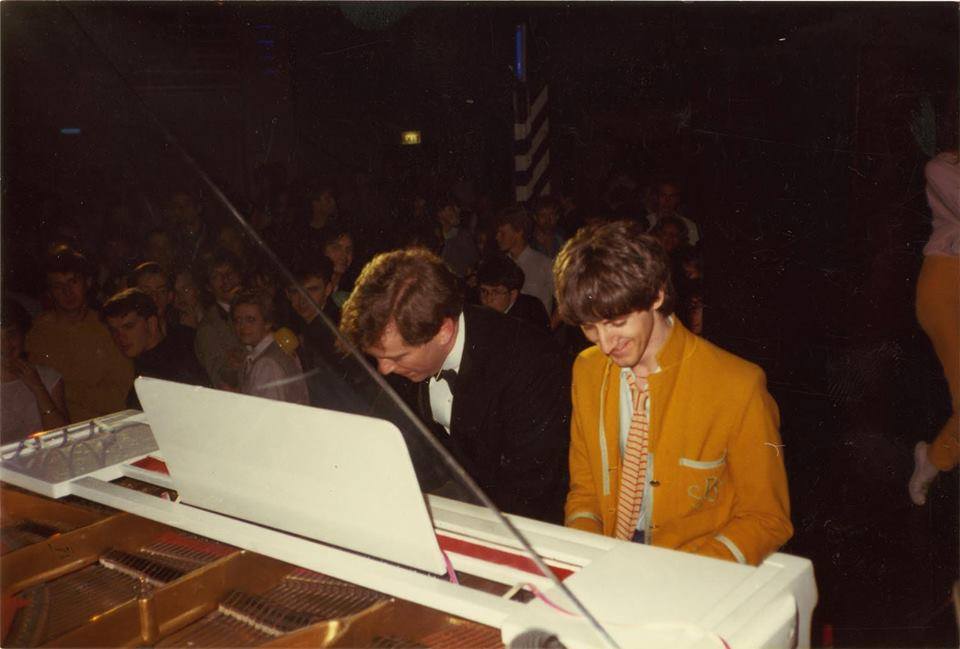 People turned up not really knowing quite what to expect and I guess also because when it first opened, and for the first few months, it took a long time to settle into what it eventually became. It was open almost every night of the week, but the people that came along weren’t necessarily the hippest bunch of people. They were a very straight looking bunch of people, all very conventional looking, drinking pints of beer. 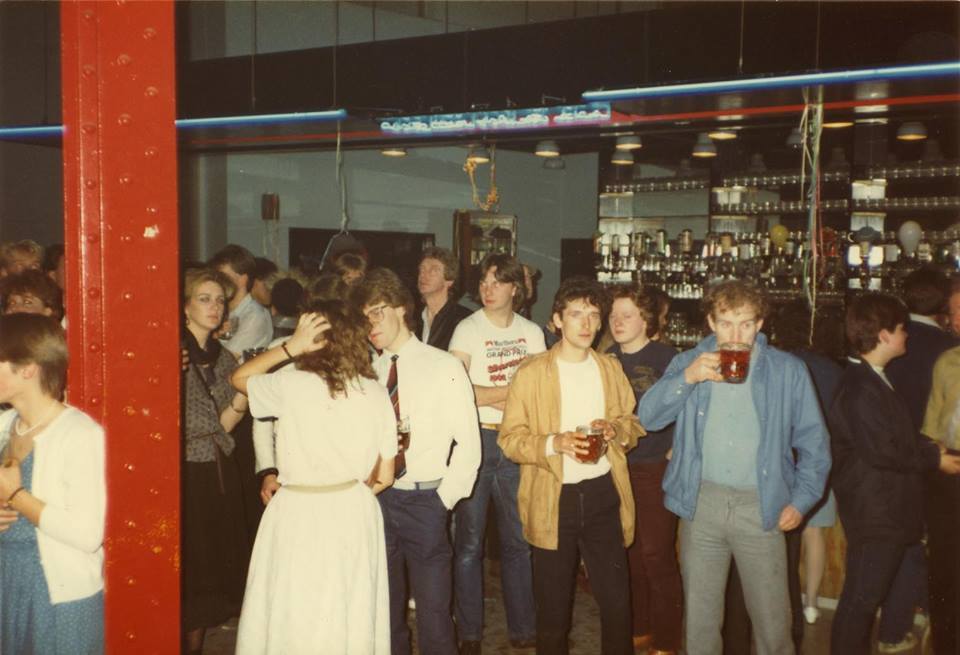 The client group, Factory, they’d never run their own nightclub before and I certainly had never designed a nightclub before, so there was a massive amount of naivety on everybody’s part and that ultimately contributed to it being great, because we had no preconceptions. It took on its own unique quality.

Because it was Factory and because of the music of the label and the artwork, I came along and felt like I had an idea of what a three-dimensional manifestation of the Factory ethos might be, and for me it was just the most fantastic opportunity because the scale of the thing was so massive, like building a giant piece of sculpture, or a huge painting. It was a massive blank canvas. 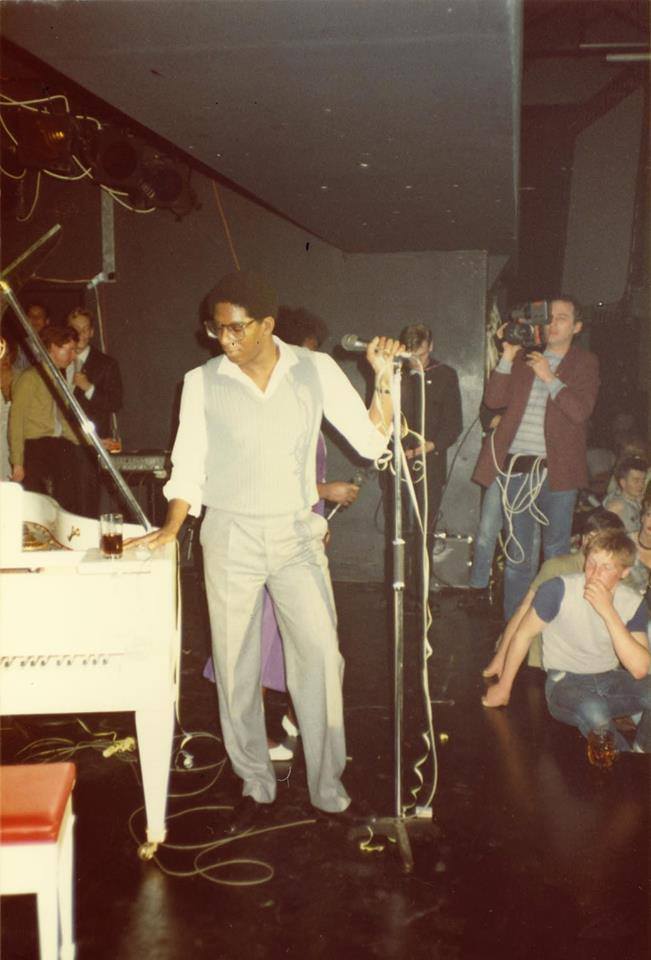 As far as I was concerned, they always called it a club and if the main stage went at the far end of the space it would be a venue, not a club, and because the stage was off to one side, the focus wasn’t in any one direction. The bar was at the far end but it was at an angle to offset the geometry of the whole thing, and I set it up geometrically so you had to go on a journey and discover things along the way.

It had flexibility it wasn’t pushed too much in any one direction, and I think that assisted with its longevity and allowed for different things to happen. And by the end when it became the Halucienda, everyone was dancing on everything, and that was fantastic. It had this sense of democracy. But in the first instance people were really taken aback by what they saw and it took a look time for people to see what it was and what it might be. Nothing like it had existed before, not in the UK, so inevitably it took time. 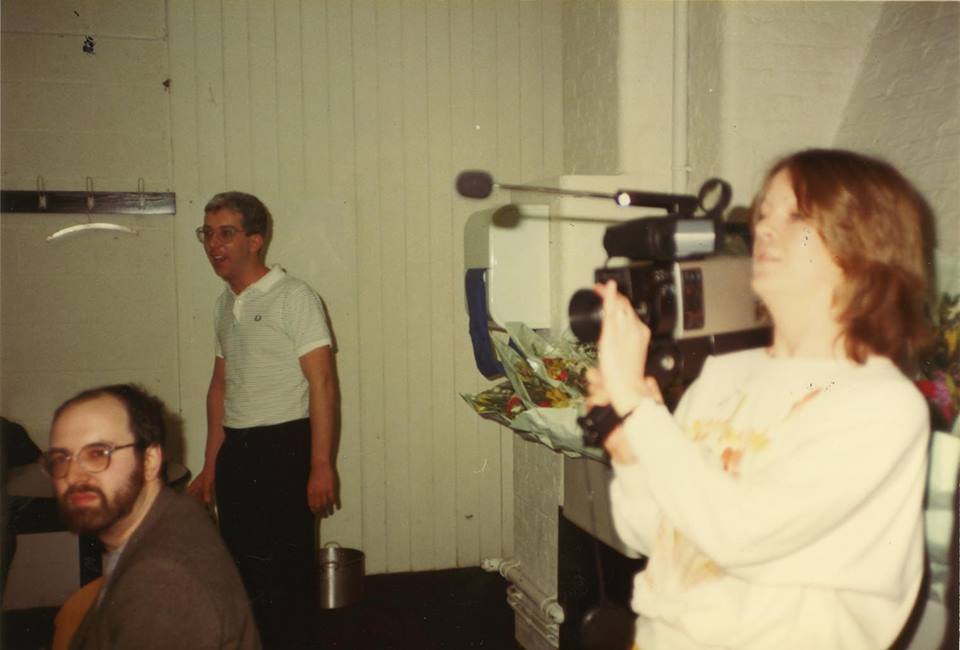 People made it their own, They felt like it was somewhere for them. That’s the great thing about a place, if you feel some sense of belonging. Not ownership, but it is in a funny way partly yours, you can relate to it, and relate to the people. The other thing, because of its location at that time 35 years ago, it was a seriously rundown area, off the beaten track. That was the amazing thing about Factory, they went where other people were afraid to go. The whole regeneration issue was an important thing and it brought people to that area. It was mind-blowing, we’d see people queuing hundreds of yards down the road to get in. It is totally accepted that that day was the beginning of the regeneration of Manchester. The local council have acknowledged that, it’s 100% acknowledged that that’s what happened. 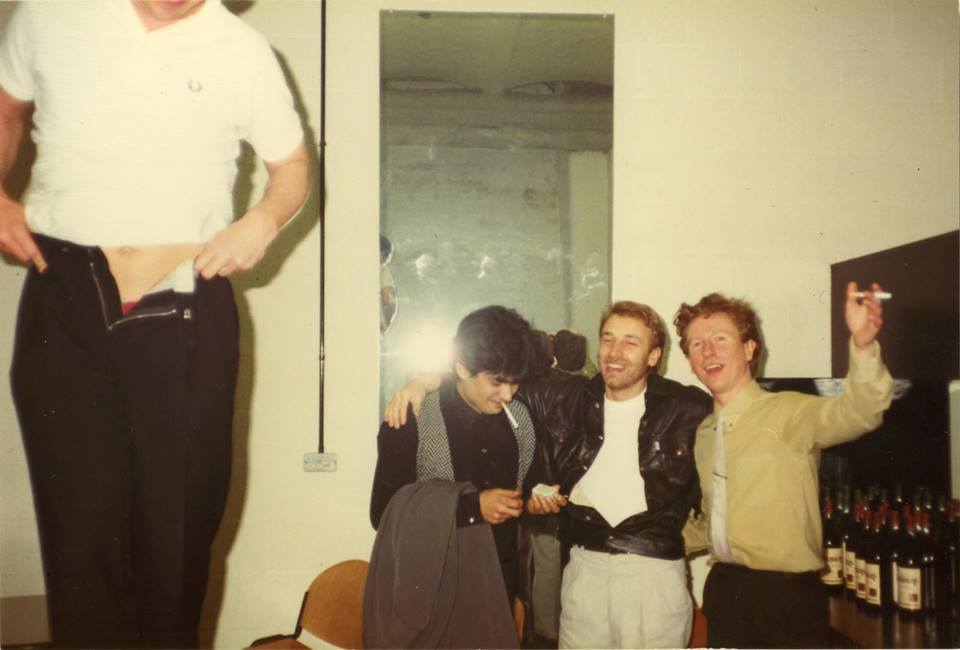 People didn’t have anywhere else to go. There were traditional pubs, there were a few Peter Stringfellow-type places with mirror balls and flocked wallpaper with a dress code or there were shitty filthy basements, and so suddenly there was this cathedral like space that had colour and different materials and things going on that were Factory-esque, and it had a narrative. It was called the Hacienda, that was kind of mysterious, and it had a number and the bar had a name, the Kim Philby bar and there was another called Hicks, and so there was a narrative and all these things that were stitched into it that gave intrigue and interest. It was completely unique.

That opening night was amazing. People came, the sound was fairly appalling because they hadn’t sorted the sound system, the acoustics were terrible, it was cold, but it was fantastic. It was the beginning of something and it had a major, major impact.

Read next: 10 tracks the club built – How the Hacienda inspired an era of dance music

All photos courtesy of Ben Kelly.