An introduction to shoegaze in 10 records

With some of the amorphous genre’s most important acts emerging once more, Nick Soulsby pens a short introduction to the overdriven guitars and introspective glower of early ’90s shoegaze records.

The last few years have seen a resurgence of interest in the early nineties shoegaze scene: the return of My Bloody Valentine to touring from 2007, their new album some 18 years after its predecessor (and the deluxe reissue of their existing catalogue); brief reunions for bands like Chapterhouse; the 2017 return of Slowdive with a new self-titled album and The Jesus And Mary Chain with their first new LP since 1998. Here we go back to the starting point and pick over ten key representative tracks from the original scene. 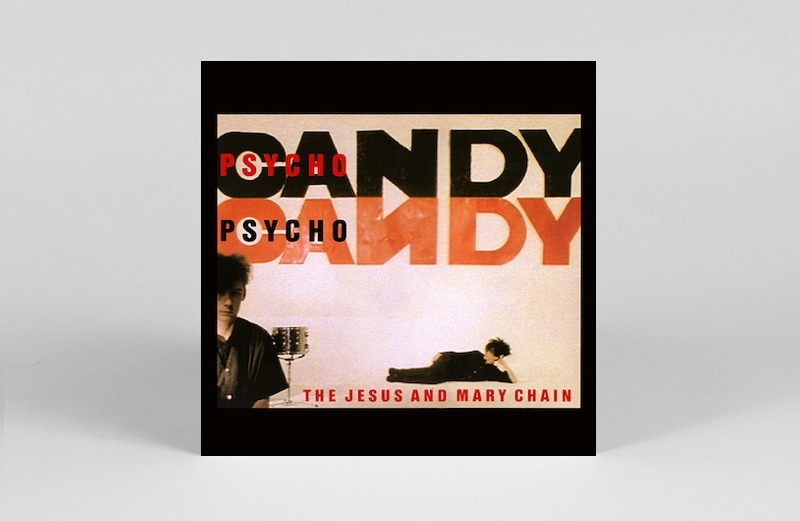 The Jesus And Mary Chain
‘Just Like Honey’ from Psychocandy
(Blanco Y Negro, 1985)

Shoegaze, as an approach to music, had echoes rippling back across 20th century pop music but the most direct precursor, the ur-text for what came next, is right here on the opening track of TJAMC’s first (and best) album Psychocandy. The song pads forward across a soft bed of fuzzed up guitar, walking pace drums and breathy vocals: there’s a warmth to the treated sound that wraps arms around the listener and converts the vague, disjointed lyrical sentiments into what sounds like an affectionate tribute or a love song. The band themselves never hid their love of the sixties’ ‘Wall Of Sound’ style of production, ’60s girl bands, The Velvet Underground: resurrecting it all, filtering it all through punk and creating this fogbound and edgy new sound which would, understandably, go on to influence others seeking both beauty and violence simultaneously. 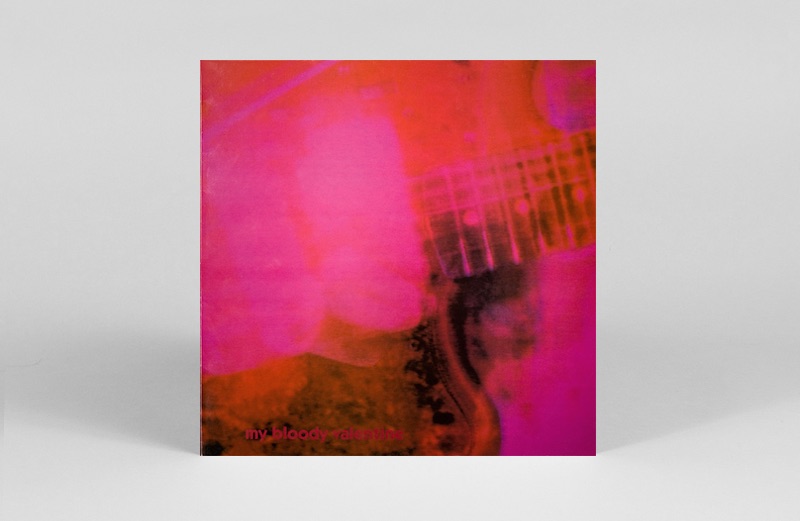 My Bloody Valentine
‘To Here Knows When’ from Loveless
(Creation Records, 1991)

While Britain’s guitar-based music was increasingly looking backward and echoing past glories, shoegaze’s premier exponents represented a unique expansion of what the instrument could create. MBV’s Loveless album stands, to this day, as shoegaze’s finest album. Kevin Shields shed virtually all collaborative support, played all bass and guitar himself; stitched most of the drumming together from samples of MBV’s drummer; wrote two-thirds of the lyrics; handled most production duties with an array of engineers as back-up. The result on tracks like ‘To Here Knows When’ is like being smothered with a pillow, an oppressive weight filling all of one’s senses while immersing you in soft sensation and sleepiness. ‘To Here Knows When’ is like a relentless cascade of sparks flickering down, endlessly disappearing and endlessly replaced: Shields’ innovative ‘glide guitar’ technique pushes and pulls at the sound making it bend and flex unexpectedly. It’s near impossible to make out a word of what Bilinda Butcher is singing but it doesn’t matter anymore than the specific words of cooed pillow talk matter: it’s all hazy emotion. 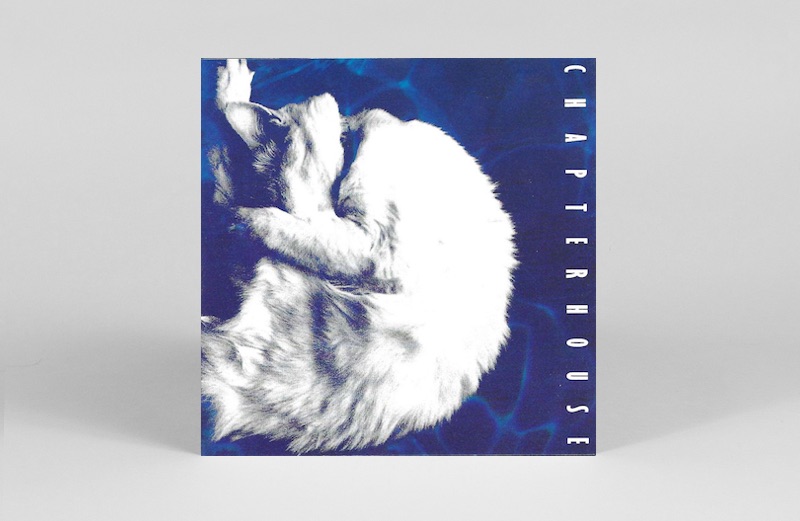 Chapterhouse, while now a relatively obscure name, in fact made it to number 23 on the British album charts, while ‘Pearl’ made it to no.7 on the U.S. modern rock chart. The band, unfortunately, didn’t last out 1994 with their entire career over in a curt four years. ‘Pearl’ itself is an attractive product of both its time and scene: the early nineties charts were haunted by that tic-a-tack-a drum shuffle and the percussive effects shaking away constantly along with the beat. The song itself has the gorgeous drift and float of shoegaze: a vision expressed in soaring harmonies, purred words and soft sustain. Every line is sung as if dazed and gasping for breath, as if the words barely reached up to the surface of the music, remaining mostly submerged beneath the loping guitar riff that circles endlessly above. 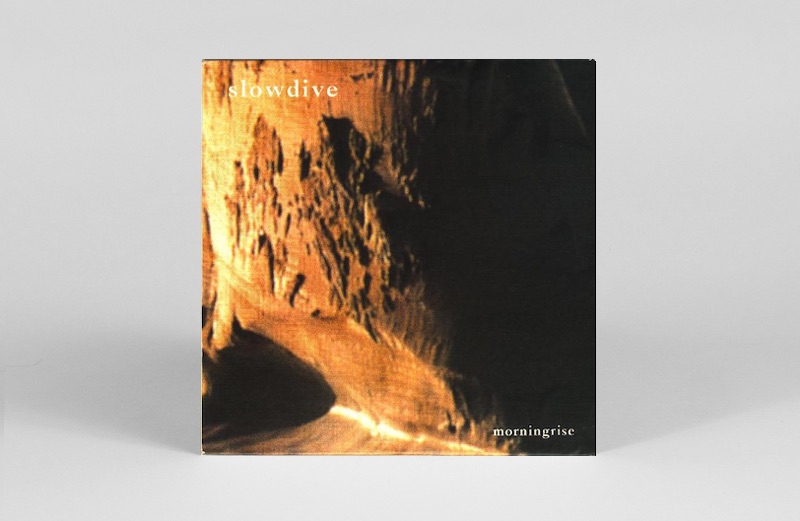 19 year olds from Reading, named after a song by Siouxsie and the Banshees, Slowdive signed to Creation within months of their formation, who ended up drowning in a sea of aggressive backlash against the entire shoegaze ethos by the time they finally managed to release their first album. It’s an unfair fate for a charming band and the current reformation will, hopefully, ensure a heightened appreciation of their charms. Title track of the band’s second EP, released in early 1991, ‘Morningrise’ is a fair representation of their labours: a blurred soundscape of dark hollows and cresting howls, permanent crescendo, endless peaks, with little way to tease apart voice or instruments for longer than a second or two amid the tumult of peals and roars. Neil Halstead’s vocals come through wan and pale, as if eavesdropped through a closed door. 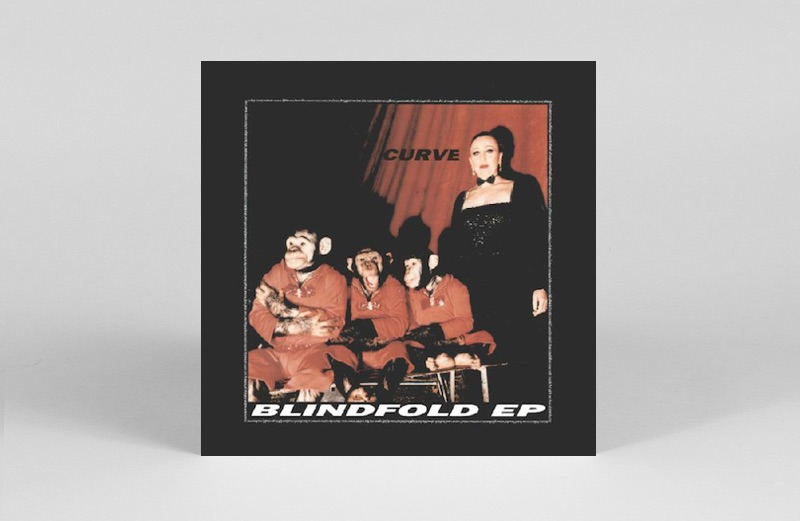 While their contemporaries tinkered with drum machines and sampling, Curve dived headlong into beat-making and electronica. It’s hard to remember how rigid the genre boundaries were prior to the late nineties: bands like Senser or Atari Teenage Riot were deemed innovators for marrying rave to rock; Rage Against The Machine made arguably the only truly perfect merging of hip-hop and rock. Curve, meanwhile, made a highly original hybrid of shoegaze’s rock solid guitar core, mashed into a carefully aligned array of vocal samples, warbling effects and shared male/female vocals. The latter feature, equal presence and time given to both male and female musicians within a single band or song, was a fairly significant feature of shoegaze — something which gave way, for better or worse, to the blokeishness of Britpop with its ‘lad about town’ aspect and female ‘ladette’ element. 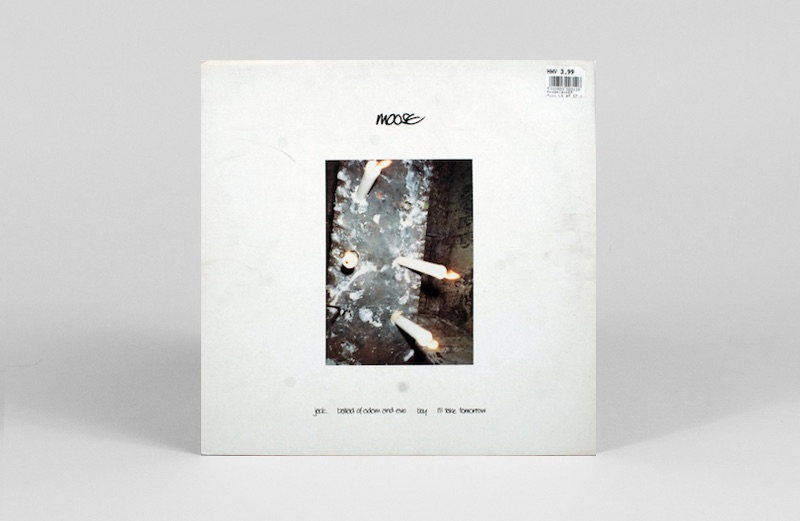 A quintessential shoegaze sound, ‘Jack’ comes out of the gate all-guns blazing and the cacophonous guitar never lets up — the band simply pile additional guitar tracks on top whenever they wish to create further drama, impact or a switch of vibe. Despite releasing three albums, two EPs and a half-dozen single in the early-to-mid nineties to various levels of critical approval, Moose simply never received the acclaim or notice to make them an enduring name. ‘Jack’, their first EP, came out in spring 1991, not much before the tides turned against shoegaze leaving only its foremost practitioners in favour. Moose’s first release certainly pinned their colours to the mast of ‘the scene that celebrates itself’ as shoegaze became known: their sound featured all the love of noisy, amp-worshipping pop that was taken to be the scene’s main definition. If one loves that sound, then this track is a winner. If not… 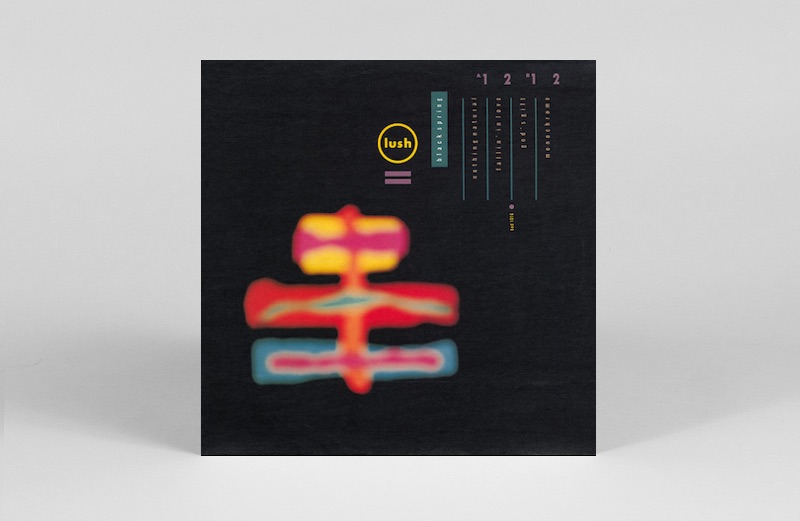 Apparently the band despise the video but the impression it gives of static performance very much captures the way a lot of the shoegaze bands were live: minimal movement, endless strumming, little audience contact or visual distraction. It doesn’t detract from the band’s interesting qualities: whether Emma Anderson and Miki Berenyi’s vocal interplay; the way the time signatures shift and change amid song; the effects-drenched sound of the guitars. On ‘Nothing Natural’ there’s only the slightest nod to traditional guitar solo breaks — a 20 second guitar stutter breaking into the briefest of riffs from around 2 minutes 15 in — before the track resumes its relentless press. Lush’s drum sound and jangling tone reflect their openness to the pop music of the time — they’re a less aggressively loud band than MBV or Slowdive — marrying this to a love of propulsive overdriven guitar. 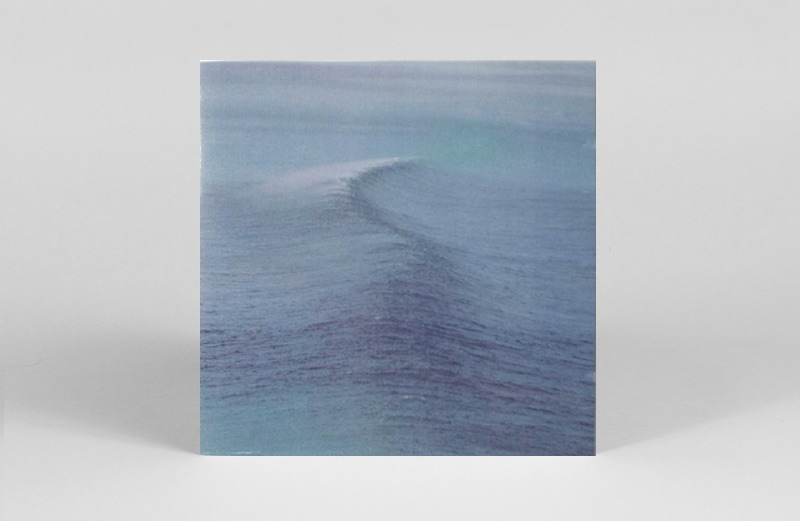 Ride’s combination of bright cheer and shoegaze glower made them a very appealing and distinctive presence amid an increasingly crowded scene of identikit bands. ‘Vapour Trail’ became the band’s most successful and critically-praised anthem with its triumphal guitar clamour and hypnotically repetitive main riff. Having two guitars hammer out the four chord pattern created the sense of shift and impact which some listeners put down to use of effects — not true in this case. The song is underpinned by both bass and a guitar drone which, combined with the guitar line, makes it akin to the work of U.S. minimalists where impact was created by endurance leading to trance states rather than by flashy changes and distractions. Many shoegaze bands experimented with loops to create this kind of sensation: Ride simply stick to the basic guitar band set up and hammer it out. 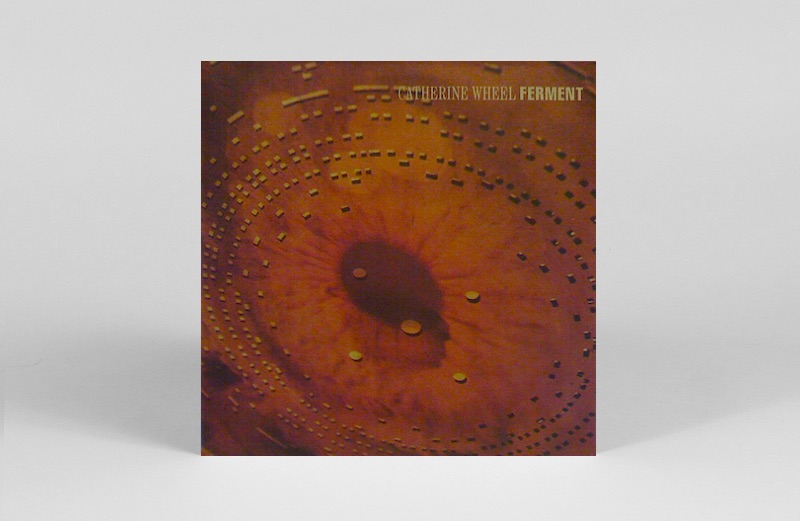 The boundaries of Shoegaze were always amorphous: few bands, if any, openly acknowledged themselves as belonging to what was a semi-disparaging shorthand. Catherine Wheel certainly showed the openness of the genre, they slot equally well into the sound of the U.S. alternative rock scene of the time (it’s possible to hear traits of Soundgarden’s later hit ‘Blackhole Sun’ buried inside of ‘Black Metallic’) and stuck relatively tightly to the quiet verse, loud chorus formula. The effects-laden guitar sound and buried vocals certainly made them a part of this particular moment in British guitar music, however. 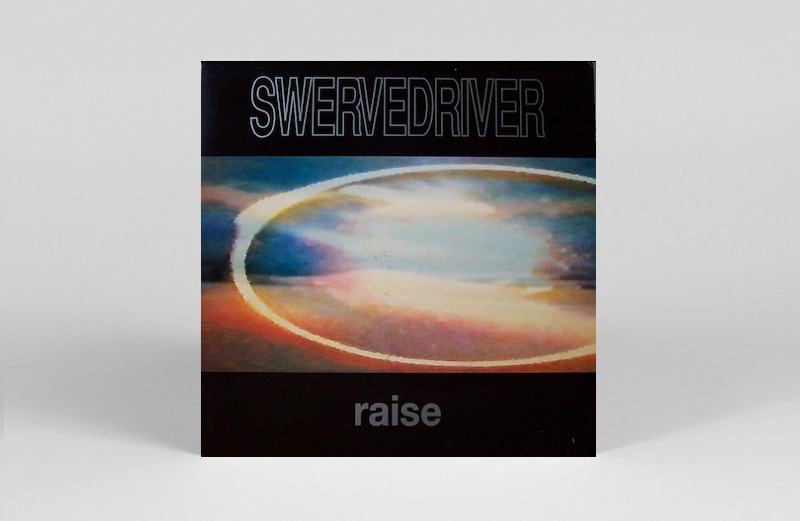 To some extent, shoegaze was a handy marketing phrase for a specific record label trying to market its wares. Swervedriver were yet another Creation Records band, like a significant proportion of the premier acts of shoegaze (the other label with a substantial stake in the scene was 4AD). What we’re listening to, to some extent, is the taste of Alan McGee and his desire to have his label — initially — possess a recognisable sound. ‘Rave Down’, title track of one of Swervedriver’s 1990 EPs, saturates the soundfield with ringing tones, a torrent of feedback dashing against the eardrums, a shouted declamation of the lyrics which simply compete against the tidal wave pouring from the speakers. From about three minutes in, the song changes pace and a dissonant series of riffs pulls the band out of the narcotising run of the verses. 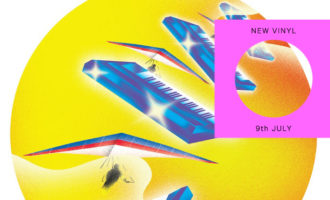 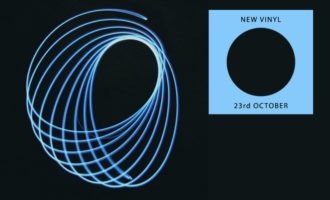 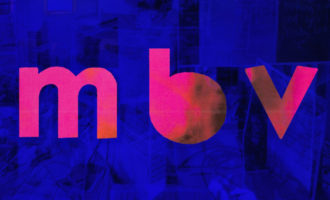 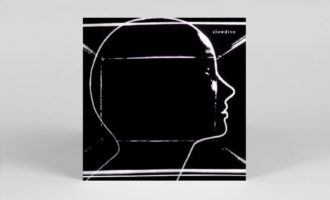