An introduction to Jon Hassell in 10 records

To mark the first vinyl reissue since 1987 of Jon Hassell’s landmark album Dream Theory In Malaya: Fourth World Volume Two, Chris May suggests a ten-disc primer on a trumpeter and composer who defies categorisation.

Hassell’s roots go back to the early days of modern minimalism in the US. After studying with Karlheinz Stockhausen at the Centre for New Music in Cologne in the mid 1960s, Hassell returned to the US and fell in with Terry Riley and La Monte Young. He played on the first recording of Riley’s In C in 1968, and toured and recorded with Young’s Theatre Of Eternal Music collective.

In 1972, on a European tour with Young, he heard the Indian singer Pandit Pran Nath, who was performing on the same concert programme in Rome. Encountering Nath’s microtonal Kirani style was a profound, life-changing experience for Hassell and he persuaded Young and Riley to join him on an extended trip to India to study with the singer.

Hassell’s unique, transcultural approach to the trumpet – raga-like, microtone-inflected, half sung and half blown, breathy and allusive – developed out of these studies. In the four decades since Vernal Equinox he has not fundamentally changed his aesthetic, simply refined it as advances in audio technology have opened up new possibilities.

On most of his own-name releases since 1980, Hassell plays synthesisers as well as trumpet, and does so on all the records listed below unless stated otherwise. If you have yet to hear his music, prepare to have your paradigm shifted. 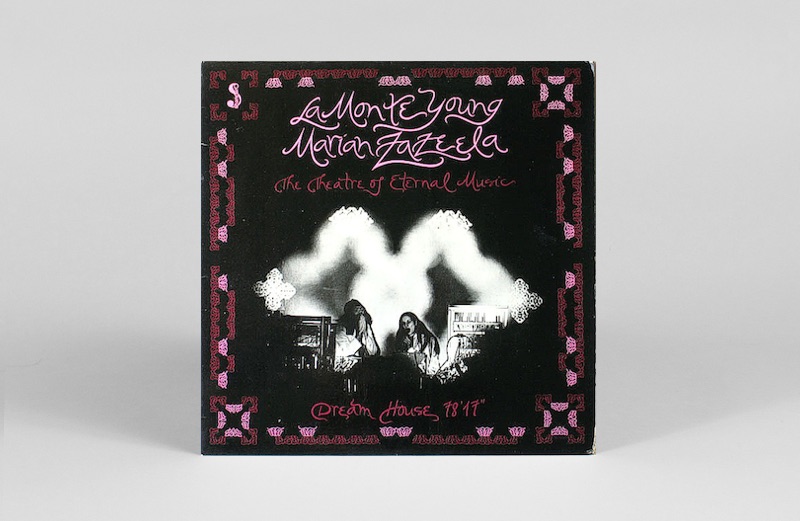 Hassell’s minimalist period is documented on two historic albums – Terry Riley’s first recording of his seminal composition In C, released in 1968, which also included Hassell’s wife on piano, and La Monte Young’s Dream House 78’17”. Young performs one side on his own, using custom-built oscillators to create hypnotic sine-wave drones. On the other side he is joined by Hassell on trumpet, Marian Zazeela on voice and Garrett List on trombone. 78’17” is the total playing time of the album, a technical feat which delivers an intensely immersive outcome. Aguirre Records reissued the LP in 2016. 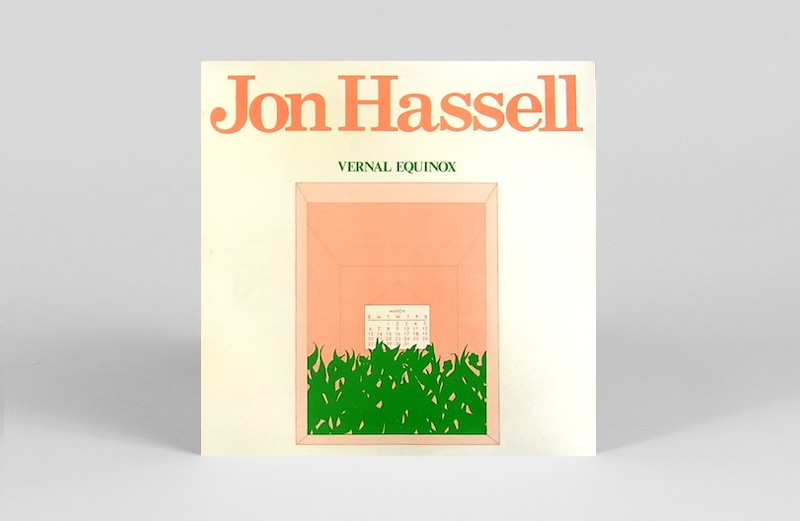 Hassell’s roadmap for four decades of Fourth World exploration, Vernal Equinox, his own-name debut, is a pioneering blend of electronics and non-Western ingredients. He is accompanied by percussionist Naná Vasconcelos and lead synthesizer-player David Rosenboom (who had played viola on the 1968 recording of Riley’s In C). In 1976, synthesizers were far from standard studio equipment, and most of Vernal Equinox was recorded at Toronto’s York University, where Rosenboom was the director of the well-equipped Electronic Media Studios and Laboratory of Experimental Aesthetics. A perfectly realised manifesto. 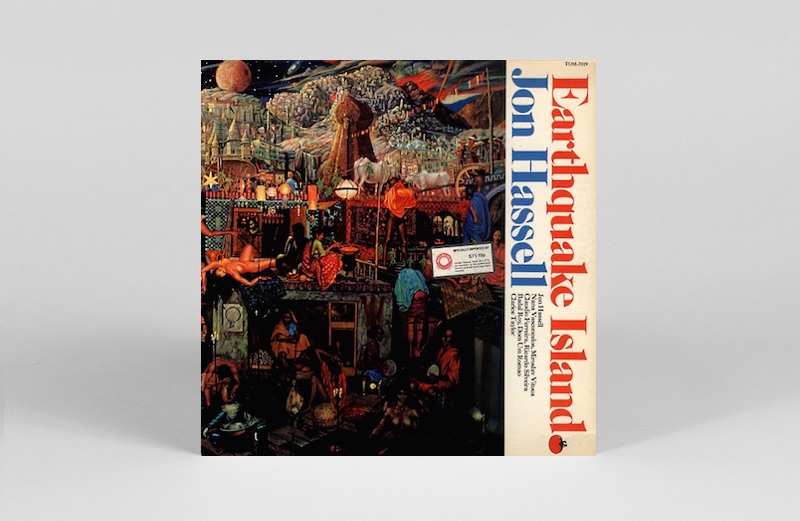 Recorded around the same time as Vernal Equinox, Earthquake Island is the most conventional album Hassell has released under his own name – though with Hassell, “conventional” is a relative term. The sound approximates a mid-1970s Miles Davis album, but is less dense and lacks as many dark corners. The band includes tabla player Badal Roy from Davis’s group and bassist Miroslav Vitouš and drummer Dom Um Romão from Weather Report. Sandwiched as it is between more overtly experimental albums, Earthquake Island tends to get overlooked, but unfairly. If you are in the mood for some jazz-rock with your Fourth World, it hits the spot. 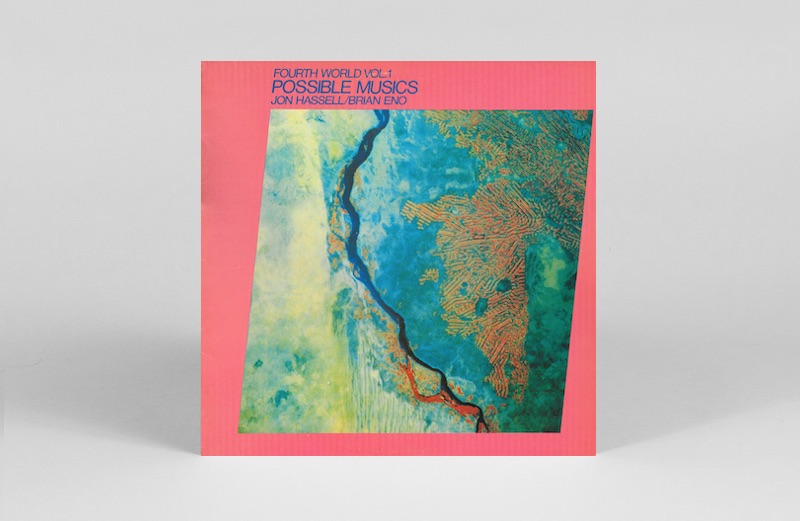 Hassell and Eno were a studio partnership made in heaven and this is the first of two back-to-back collaborations of flawless beauty. The atmosphere owes something to the studio techniques developed on Eno’s Ambient 1 (Music For Airports), but more to the transculturalism of Vernal Equinox, and it was not by accident that Hassell’s name was first up on the front cover. ‘Charm (Over ‘Burundi Cloud’)’, which takes up all of side two – with Vaconcelos joined by second percussionist Ayibe Dieng and Eno replacing Rosenboom on synthesizers – is particularly effective. Even the best partnerships, however, can run into difficulties… 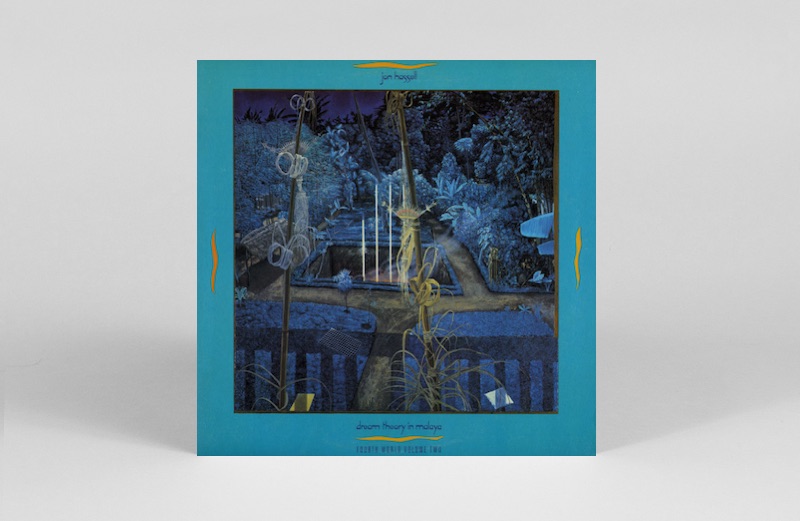 Possible Musics was a succès d’estime for which most of the acclaim accrued to Eno rather than its little-known primary creator. As Eno embarked on high-profile, Fourth World-inspired collaborations with other musicians, beginning with David Byrne’s My Life In The Bush Of Ghosts3, Hassell felt that a wholesale appropriation of his ideas was going on. He has said he reached tipping point when he came across Possible Musics racked under “Brian Eno” in a New York record store. So while Eno contributed to Dream Theory In Malaya as mixer and musician, his name does not appear on the front cover and the sleeve credits unambiguously state, “All compositions by Jon Hassell. Produced by Jon Hassell.” Peter Gabriel was so enthused by the album that he booked Hassell for the first WOMAD festival in 1982. 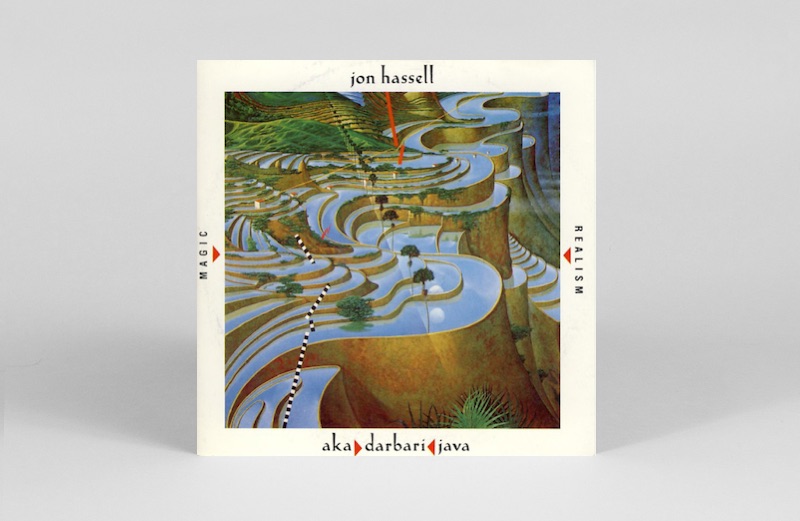 Parting company with Eno – temporarily as it turned out – Hassell co-produced Magic Realism with Daniel Lanois, who had engineered Dream Theory. Hassell’s liner notes describe the new album as the blueprint for a “coffee-coloured classical music of the future,” in which the “allowable” musical vocabulary is expanded to include influences from beyond the European tradition, creating “serious music” with transcultural appeal and a smile – a precise definition of Fourth World. Hindustani raga, Senegalese ritual drum-music, Central African Pygmy songs and faux-gamelan Balinese soundscapes are luminously reimagined by Hassell and his sole accompanist, percussionist Abdou M’Boup. 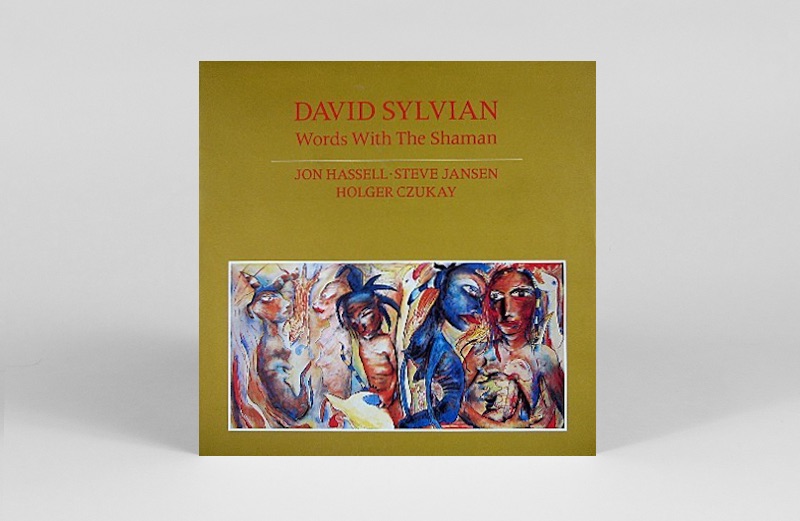 Another relatively conventional outing for Hassell, Words With The Shaman replaces the jazz-rock of Earthquake Island with European avant-rock. The musicians are ex-Japan vocalist Sylvian on synthesizers and guitars, Hassell on trumpet, Can bassist Holger Czukay on radio and dictaphone, Percy Jones, from guitarist Bill Frisell’s band, on bass guitar and Japan’s Steve Jansen on drums. A three-piece suite composed by Sylvian and Hassell, the music grew out of fragments from Sylvian’s 1984 album Brilliant Trees, for which Hassell wrote the title tune and guested on two tracks. A miniature masterpiece. 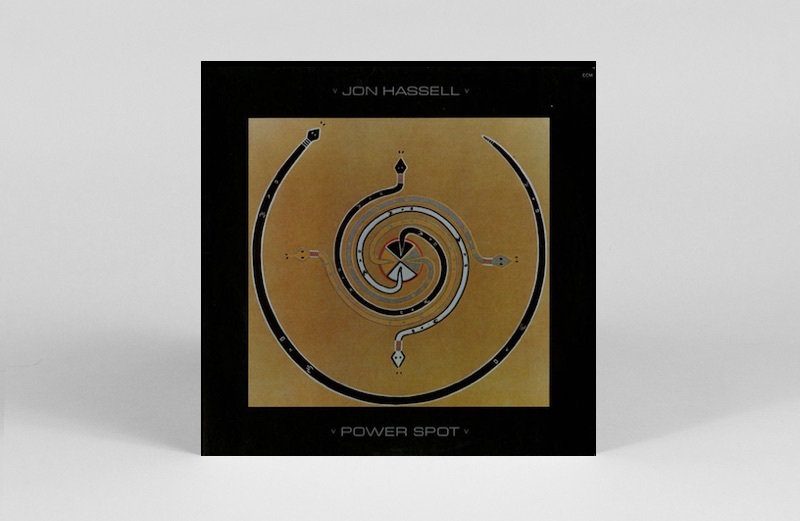 Hassell’s irritation with the way music journalists had cast Brian Eno as the inventor of the Fourth World concept did not extend to Eno personally – or if it did, it was short-lived. The partnership resumed with Power Spot, which Eno co-produced with Daniel Lanois. The mood switches between an uncomplicated propulsive drive similar to that on the second section of Words With The Shaman and the dreamier, more asymmetrical approach typically associated with Hassell. 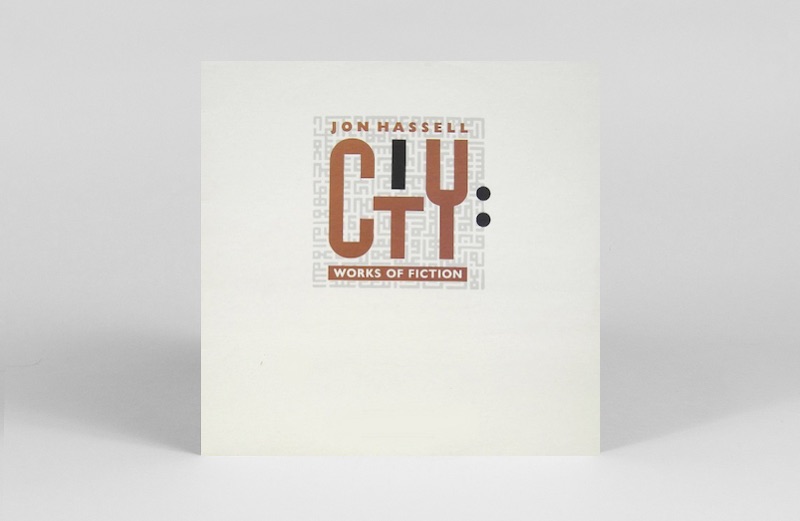 Hassell has said that his intention with the EDM-focused City: Works Of Fiction was to “explore my own back yard.” The Fourth World concept was extended to accommodate incursions into hip-hop, techno and dub, and the album has an altogether more in-your-face ambience than Hassell usually favoured. For the first time, he also made liberal use of samples, from Kenyan field recordings of Maasai hunting calls to fragments of hip-hop. The experiment, an unqualified success, was continued on 1994’s Dressing For Pleasure (which has yet to be released on vinyl). 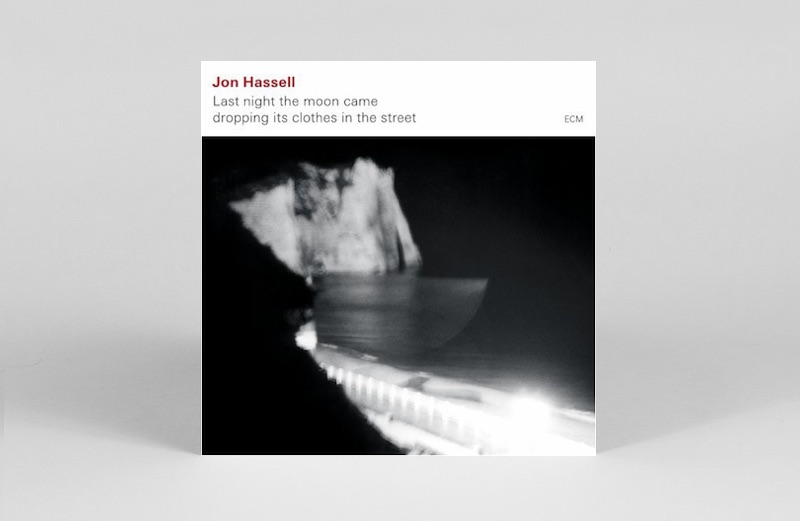 Hassell’s second ECM Records album augments his Maarifa Street touring band with some of the electronicists and beyond-jazz stylists with whom he had collaborated on several occasions at Norway’s adventurous Punkt festival. The stellar line-up includes live sampler Jan Bang, guitarist Eivind Aarset, percussionist Helge Norbakken, bassist Peter Freeman and Was (Not Was) keyboard player Jamie Muhoberac. As breathtakingly inventive as Vernal Equinox was 30 years earlier.