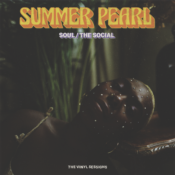 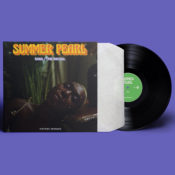 Summer Pearl performs ‘Soul’ / ‘The Social’ live at Vinyl Sessions – a series from The Vinyl Factory and Soho Radio, where artists record direct-to-dubplate, captured in a single take.

London-based, singer-songwriter and composer Summer Pearl is a true artist who harnesses her writing and performing prowess into singular form. Alongside her solo output, she has collaborated with Enny, written for Kojey Radical, and featured as the face for Kamasi Washington’s ‘Hubtones’.

Speaking about her inspirations, Pearl shares: “my music is a meditation on my past and a reflection of our present. It is both a personal and political message exploring black and female liberation and love gained and love lost. It is heavily influenced by jazz, soul, hip-hop and dub; I channel the experiences of ancestors, women and myself to conjure these emotions.”