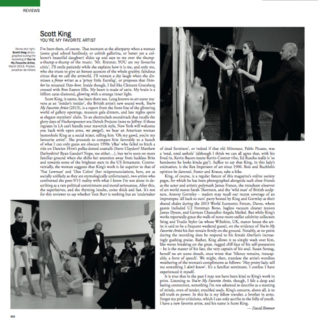 * Concept, artwork and lyrics by Scott King
* Mastered for vinyl by Noel Summerville at 3345
* Pressed on 180-gram black vinyl on the EMI 1400
* Limited edition of 300 copies

Invited to make a record by The Vinyl Factory, Scott King recruited old friend James Fry (Earl Brutus), producer Tim Larcombe and singer Polly Martyn to create a song based on a real experience King had in New York.

‘You’re My Favorite Artist’ is a dance track with a difference, a bitter and sweeping comment on celebrity, success and ‘phoniness’ in the art world. The sleeve is an imagined and glowing review of ‘You’re My Favorite Artist’ from New York art bible Artforum – an excitable hack fawning over King’s ‘new sound work’ in a world defined by pretentious art dinners, charity events and celebrity suck up. 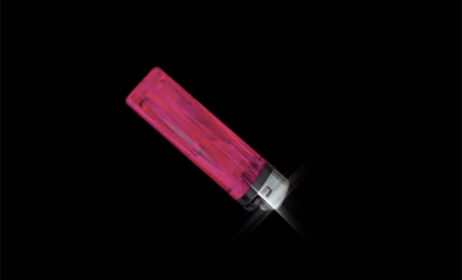 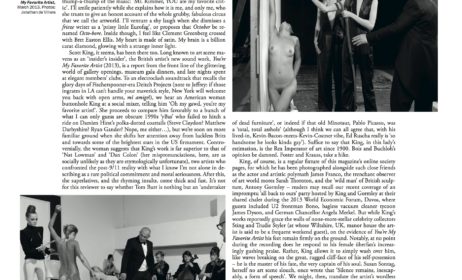 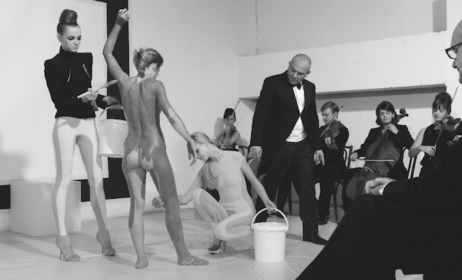 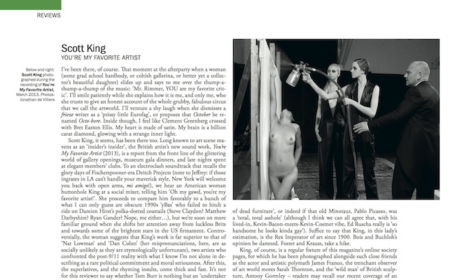