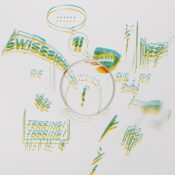 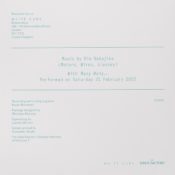 Rie Nakajima was born in Japan and lives and works in London. Nakajima works with installations and performances that produce sound. Her works are most often composed in direct response to unique architectural spaces using a combination of kinetics and found objects.

Besides her solo projects, she has collaborated with David Toop, David Cunningham, Keiko Yamamoto, Miki Yui, Junko Wada, Guy De Bièvre, Pierre Berthet, Phill Niblock amongst others. Since 2013 she has worked with David Toop to produce the Sculpture series.

Nakajima has exhibited and performed widely, both in the UK and overseas. In 2014 she won the Arts Foundation Award in the category of Experimental Music.