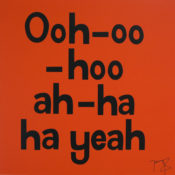 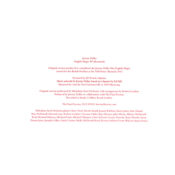 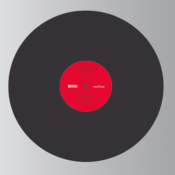 Limited to only 50 copies worldwide, each hand-numbered and signed by the artist, this special two colour screen printed edition of Jeremy Deller’s cover version of ‘Voodoo Ray’ is a fitting celebration of an outstanding year for the Turner Prize winner whose British Pavilion was widely regarded as the highlight of the 2013 Venice Biennale.

Recorded at Abbey Road with the Melodians Steel Orchestra and remixed by Glasgow’s Optimo, the original cover version sound tracked Deller’s film work, English Magic, on show at Venice and set to tour the UK in 2014.

This new dancefloor-orientated remix by Optimo of Deller’s much celebrated cover version of A Guy Called Gerald’s acid house classic ‘Voodoo Ray’ has been reworked by Optimo’s JD Twitch in a classy piano-house style inspired by Frankie Knuckles. The three track 12″ features a vocal mix, instrumental and bonus beats.

Earlier this summer, The Vinyl Factory collaborated with Deller on the soundtrack to English Magic, his film work exhibited in Venice; the music for which is composed of three cover versions of classic British songs – ‘Voodoo Ray’, ‘The Man Who Sold The World’ (by David Bowie) and ‘Symphony in D Minor’ (by Ralph Vaughan Williams) – played by the Melodians Steel Orchestra, an English/Trinidadian steel band, and produced by Deller in collaboration with The Vinyl Factory.

The Melodians Steel Orchestra performed at both the Pavilion’s official inauguration on the 29th May and later that evening at now legendary The Vinyl Factory & British Council party on the Isla Vignole, Venice, alongside Scottish DJ/duo Optimo, long-time friends and collaborators with Deller. Inspired by this party, JD Twitch from Optimo has now remixed ‘Voodoo Ray’.