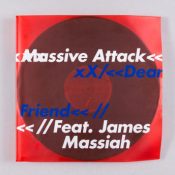 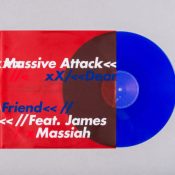 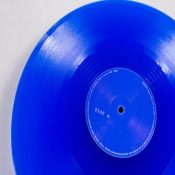 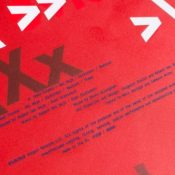 James Massiah is a poet and DJ from South London who shares his work via ‘The A & The E’, a philosophy and arts project founded in 2012 to explore ideas about sexuality and ethics through performance, writing and visual media

He has been commissioned to produce work for the BBC, the Guardian, Britvic and Nike, as well as featuring in campaigns for Levi’s and Dr Martens. He has performed readings of his work at the Southbank Centre, Tate Modern, Queen Elizabeth Olympic Park and the Houses of Parliament

Designed by Robert Del Naja and Hingston Studio the release is pressed on to a bold blue vinyl and housed in a screen-printed, red PVC sleeve.