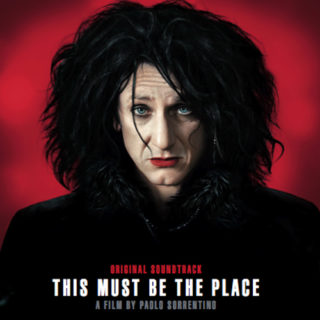 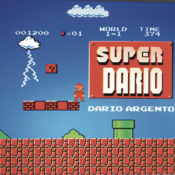 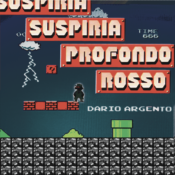 The horror genre has long been an inspiration and reference for Aries’ Creative Director Sofia Prantera. Under Goblin, Claudio Simonetti’s Italian progressive rock brand, he collaborated with Argento to create soundtracks that were to cross over in their own right.  In this special release of both title tracks on this, Aries have produced artwork inspired by the 1980’s gaming icon Super Mario in a collection edition of just 300.

“Dario Argento’s movies have been a huge influence on my work both visually and musically, the title graphics was the inspiration for a series of tees for my first brand Holmes and it has been fun to revisit it this time.  The mix with the Super Mario graphics, came from one of the original graphics produced and included in Aries’ first brand book, a nod to my Italian background and a misspent youth of video games and horror. We followed this theme with both the graphics and the short film produced for the release and directed by one of my long time collaborators Martin Wedderburn. We will be launching the record in the store at the same time as the full back catalogue of Italian counter culture magazine FRIGIDAIRE. Because of my dual nationality I wanted to bring these hidden gems of Italian culture to the store and show them to an new audience who might not have been aware of them until now” – Sofia Prantera

A. Suspiria
B. Profondo Rosso