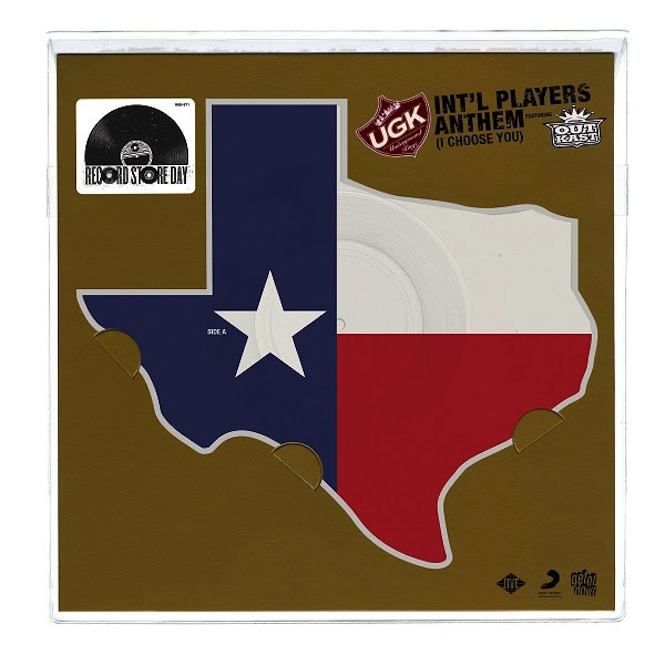 “I know you ain’t a pimp, but pimp remember what I taught ya.”

Every year, the Boston-based Get On Down imprint manages to one-up themselves on Black Friday, offering some of the best novelty releases we’ve seen. This year’s no different – not only do they have the first ever vinyl version of James Brown’s Funky People (Part 3) and a 2LP version of the Jungle Brothers’ Done By the Forces of Nature but they’re releasing a very special edition of UGK and Outkast‘s era-defining breakout hit ‘Int’l Players Anthem (I Choose You)’.

The DJ Paul and Juicy J-produced track will be released on special Texas-shaped picture disc (really) to celebrate UGK’s Houston roots – it’s basically the perfect stocking filler for the Southern rap lover in your life.

All three releases will be available from participating shops on Black Friday – November 25.