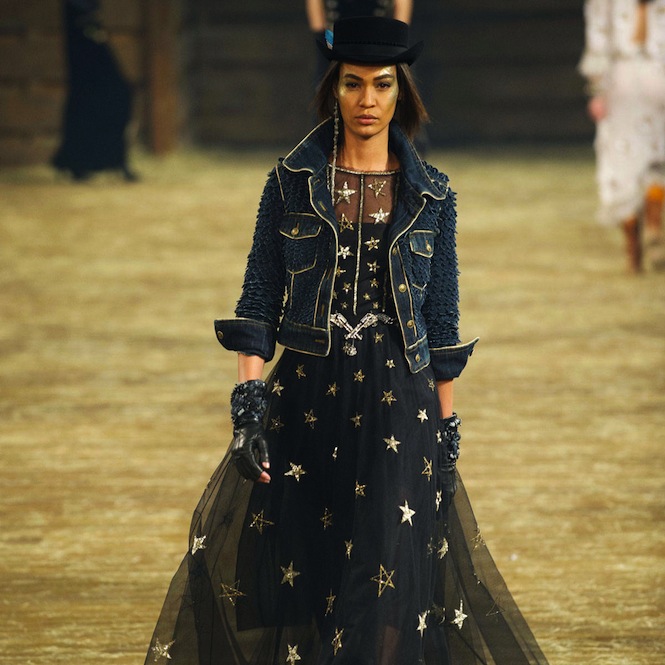 What may seem like unfamiliar territory for both Jackson and Chapman, whose Luftbobler LP has this year soundtracked a series of his own audio/visual shows, the track’s unforgiving gunshot beat proved a fittingly tense background to the outlaw-themed showdown, which you can watch in full below.

Trevor Jackson’s ‘Luftbobler’ remix appears on Dinos Chapman’s new EP LUV2H8, which you can purchase from our shop.

It was accompanied on the catwalk by Daniel Avery’s ‘Drone Logic’ on Erol Akan’s Phantasy Sound label, which was included in our rundown of the top 100 vinyl releases of 2013.

As they ready the release of their era-defining book with The Vinyl Factory, Massive Attack to unveil new audio/visual show at Sónar 2014