Recorded in between the birth of her first and second child, Colourgrade paints a portrait of motherhood and artistry, as well as exploring themes of recovery, gratitude, and new beginnings.

It comes three years after Tirzah’s last album, Devotion, which was our favourite album of 2018.

Pre-order Colourgrade here in advance of its 1st October release, check out the artwork and tracklist below. 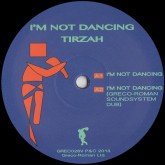