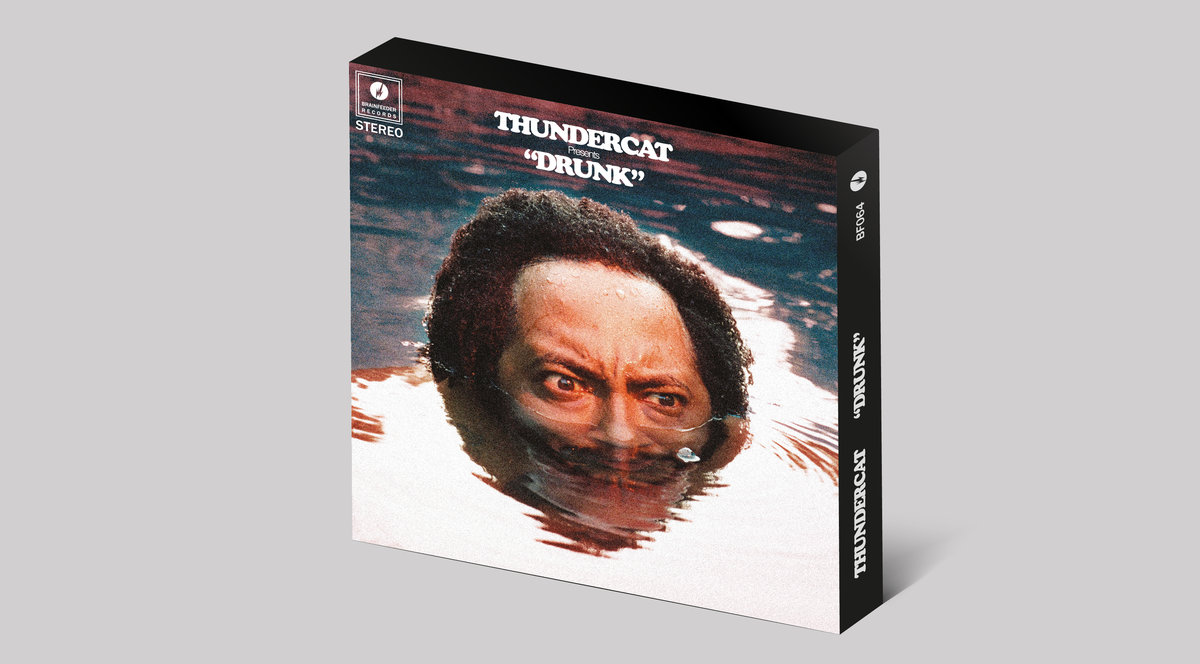 Following 2015’s The Beyond / Where the Giants Roam , Thundercat has announced his third studio album Drunk via Flying Lotus’ Brainfeeder label.

As well as CD and digital, the 23-track album will be released as a deluxe set, comprising four red 10”s with artwork inners, housed in a “lift-off” box.

The album features contributions from the bass guitarist’s friends, including Kendrick Lamar, Pharrell, Wiz Khalifa, Kamasi Washington and Flying Lotus, as well as guest spots from two of his heroes, Kenny Loggins and Michael McDonald. Find the tracklist below.

“These are guys that I’ve listened to and where I felt that I’ve learned that honesty in the music. Kenny Loggins is one of my favourite songwriters,” Thundercat said in an interview with RBMA. “I think one of the most beautiful moments was realising how amazing Michael McDonald is. He would go through so many ideas and have so much to offer.”

Drunk lands on 24 February on CD and digital formats, with the vinyl box set due on 10 March. Place pre-orders here.