This ’80s car had a tiny 3″ record player built in 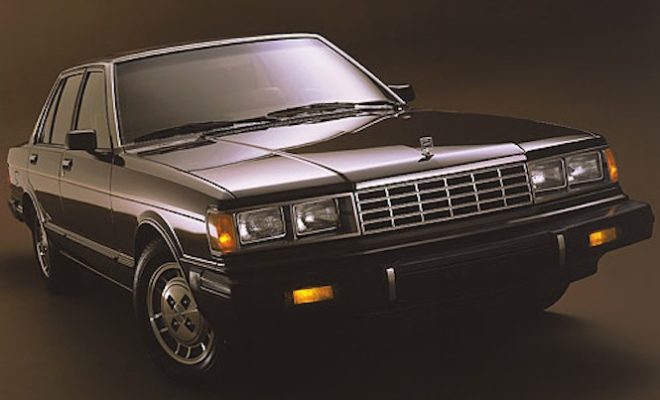 Nissan’s Datsun 810 Maxima had a three inch vinyl record under the dashboard.

A while ago we pulled together a gallery of the golden era when cars had record players. That was glamorous and unbelievably sexy. This isn’t quite so glamorous, but it is pretty cool. So bear with us, because it’s going to take a bit of explaining.

In the ’80s, Nissan kitted out their Datsun range with a futuristic device dubbed the Nissan Voice Warning system. If your left door was open, your lights were on or your fuel level low, a breathy, oddly suggestive female voice would let you know.

Why do we care? Believe it or not, the voice was played off a 3″ white plastic record. Tucked under the dashboard, the tiny phonograph record would play one of six parallel grooves each cut with a warning about the current state of your Datsun. There was even a stylus and tonearm of sorts that tracked along the record whenever each command was triggered by the car’s control circuit.

As far as analogue engineering goes, we think that’s pretty cool. Watch the 3″ record in action below. [via Auto Evolution]

Listen to a new vinyl-only ambient mix by Kyle Hall