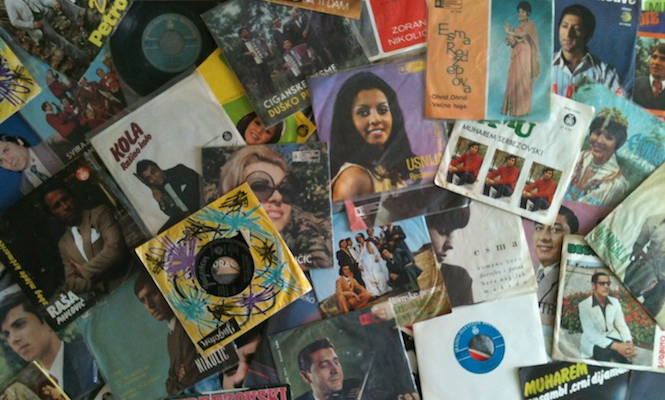 Fledging label Vlax Records have scoured the record bins and flea markets of Serbia, Bosnia and Croatia to compile a stunning new collection of Roma gypsy music from behind the Iron Curtain.

One of the most daring and poignant collections of music to come our way in recent times, Stand Up, People brings together the forgotten love songs, ceremonial hymns and raucous pop dances of the Roma gypsies, whose abiding persecution has shrouded a musical legacy rich in the traditions of migrant Europe.

While Stand Up, People is, of course, packed with the regulation brass stabs and brash party flair that has seen traditional music from the Balkan region enjoy success internationally in recent years (Balkan Beat Box, Gogol Bordello and even Beirut to name a few), there is a subtlety to the music of stars Esma Redzepova and Medo Čun which makes this collection all the more attractive. 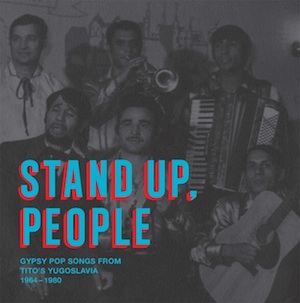 From its own dark, brooding cover photo to the faded Bollywood glamour of the the original 7″ sleeves, the music on Stand Up, People is as much a snapshot of where the Romani people have come from as where they’ve ended up; from their origins in the northwestern Indian subcontinent to corners of South Eastern Europe still coloured by cultural residue of the Ottoman Empire.

As a result, the rhythms and melodies are recognisably more eastern in flavour and less abrasive than the Balkan music with which it’s often confused, filled instead with a longing for homes and histories left behind.

Released this week on Vlax Records in association with German label Asphalt Tango Stand Up, People is a melancholy love letter to the lost treasures of the Romani tradition, and you can stream two tracks from the first side of the double LP below.

Find out more at Vlaxrecords.com.