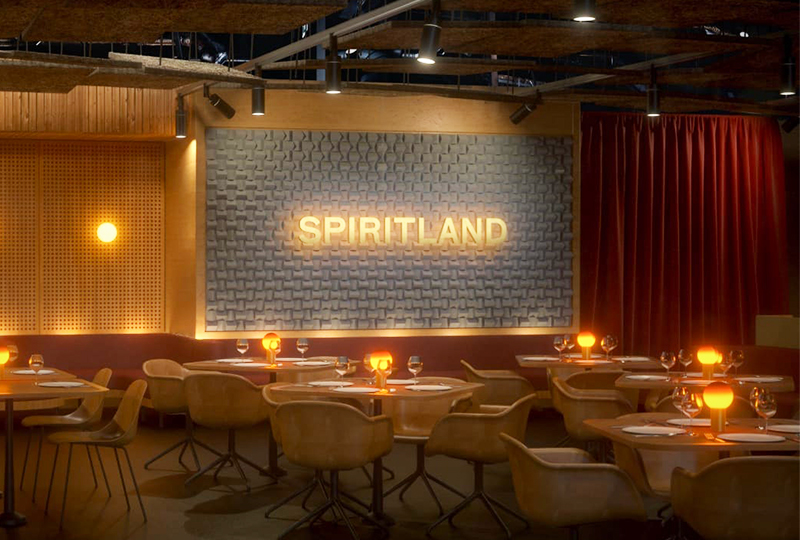 The 180-person space launches this week.

Spiritland is opening a new venue inside the Royal Festival Hall on Wednesday 19th December.

The appropriately named Spiritland Royal Festival Hall will include a 180-cover restaurant, a rotating schedule of guest DJs Thursdays through Saturdays, as well as talks curated by BBC Radio 4 broadcaster John Wilson.

Design-wise the space has diverged from its sister location: “In a departure from the familiar 1970s Japanese HiFi references that inspired the interior of Spiritland King’s Cross, our Royal Festival Hall restaurant nods to the performing arts with an atmospheric, theatrical interior.” shares Spiritland.

Head here for more info, and watch our film about Spiritland below.