This new smartphone-controlled “turntable” spins on your records 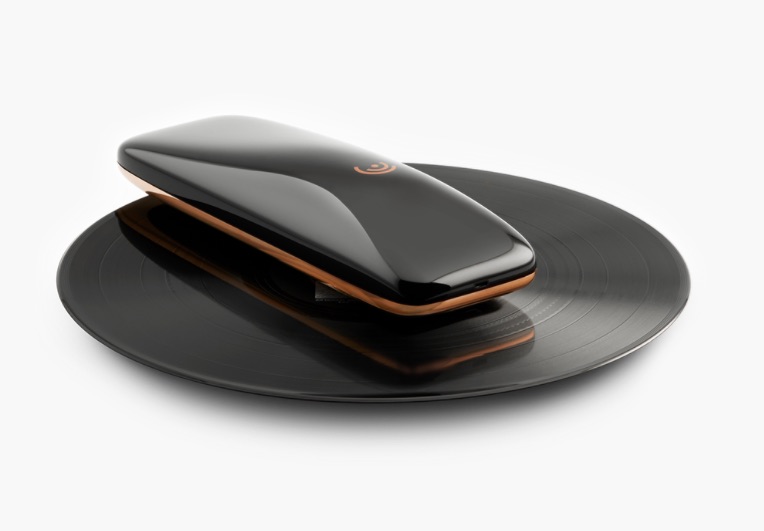 The race for the most ridiculous new record player is on.

Following the launch of the RokBlok – a small wooden caravan that drives in circles around your records – platform comingsoon-tech.com has shared details of a so-called “turntable” that plays your records by pivoting around a central point and sending the audio signal to your speakers via Bluetooth.

Read next: Inside the UK’s leading turntable factory

Promising “the intimacy of vinyl with modern day convenience”, almost nothing about the LOVE record player seems to have anything to do with the experience of playing your records. Instead, the company describes it as the “first intelligent turntable”, controllable via your smartphone, which will also identify the record that’s playing and its artwork, in case you can’t reach the record itself – or remember what you just put on.

Designed by Yves Behar, the slug-like device claims to be a “revolutionary and timeless high-end turntable”, although information about the specs are scarce. And describing it as reading your records “with a standard size stylus in order to transmit melodies specific to analog sound” doesn’t really cut it.

That said, we seem to be living in an alternate reality where there’s a demand for things like this, with the RokBlok on the verge of earning seven times the necessary backing on Kickstarer.

Set to launch next month, you can find out more about the LOVE deck here and get a pre-launch discount.