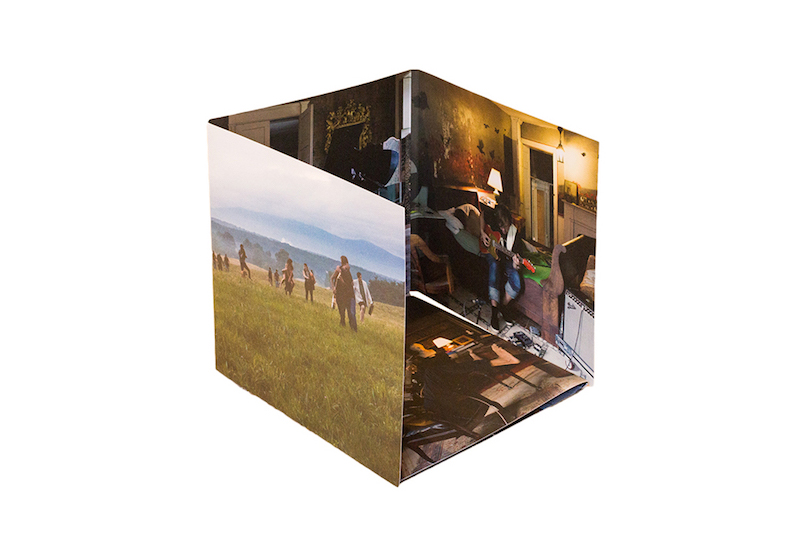 The sold-out 5-panel vinyl edition is back by popular demand.

The soundtrack to Ragnar Kjartansson’s spell-binding 9-channel video installation The Visitors is being repressed on vinyl for the first time, via The Vinyl Factory and Bel Air Glamour records.

Originally released to coincide with the London premiere of the work at Brewer Street Car Park in 2015, the repress now accompanies the inclusion of Kjartansson’s 6-hour marathon video work with The National in new The Store X show Strange Days.

The vinyl edition opens out into a five-sided cube to reflect the nature of the multi-screen of the installation. The music, described by Kjartansson as “a feminine nihilistic gospel song”, was composed and performed by Ragnar and his All Star Band in various rooms of the almost two-hundred-year-old Rokeby villa on the picturesque Hudson River in New York State.

The sleeve showcases the photographic stills of the band in situ at Rokeby, and including liner notes by Canadian poet Anne Carson.

Click here to order a copy, and check out the artwork in more detail below.