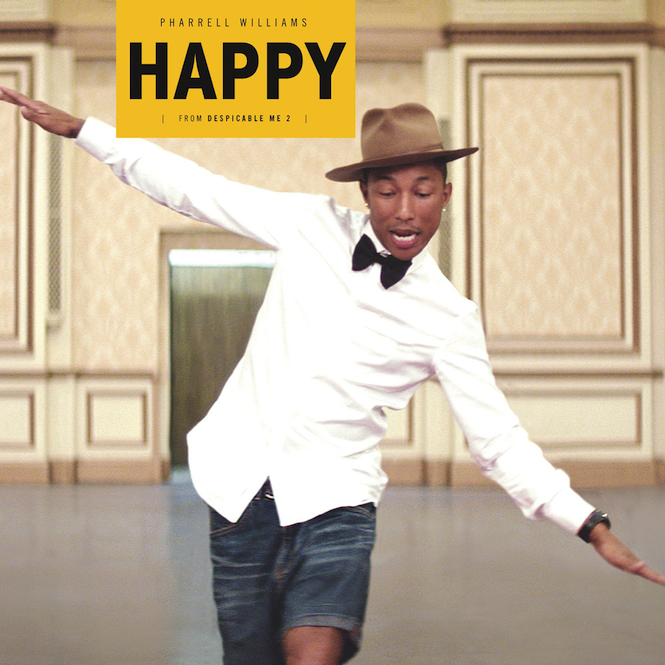 With songs as ubiquitous and infuriatingly catchy as Pharrell’s ‘Happy’, it can be hard to see the wood for the trees.

In relative terms, sometimes the biggest hits have the smallest pressings and although we don’t have exact numbers you can bet your bow tie the new limited edition yellow vinyl 12″ release is going to register a serious deficit against the nigh on 140 million views the track has had on Youtube.

That the jingle to the forgettable animation Despicable Me 2 and one of the biggest hits of 2013 is getting a vinyl release is neither here nor there, but what is worth a look is that the original 7″ with punched out jukebox hole on Back Lot Music is now shifting for a quid shy of £100 on Discogs.

Given, the 12″ is appearing via Columbia, but any hit as large as this with such a disparity of editions on wax is bound to sell in a flash and may even put on a few pounds in the process. And if not, we’ll happily all sit down together and eat a Pharrell-sized mountain hat.

As music journalist Pete Paphides pointed out in this short video for The Vinyl Factory last year, there’s something particularly beguiling and important about owning the biggest hits of the day on vinyl.