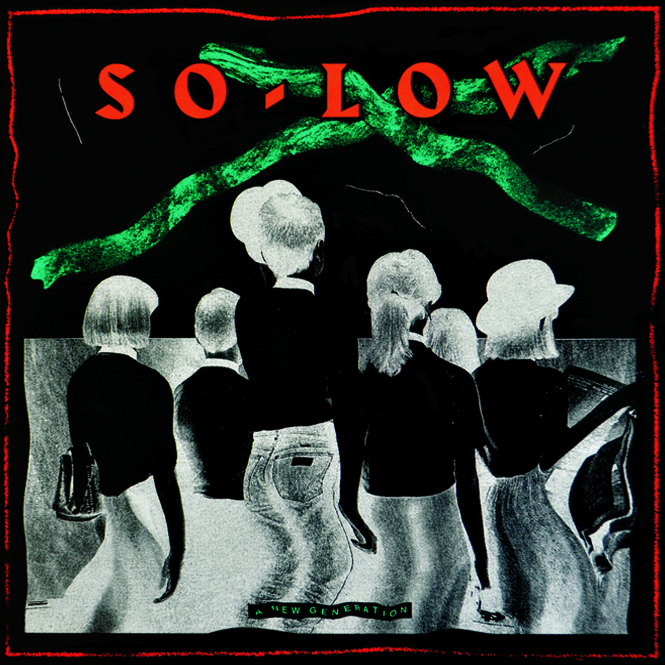 JD Twitch has done more than most to improve our record collections this year, introducing us to some incredible post-punk rarities on his Optimo Music compilation [Cease & Desist] and releasing an inspired intercontinental collaboration featuring young musicians from Glasgow, Ghana and Belize on his Autonomous Africa imprint.

For his next trick, Keith McIvor is going back to his roots with a compilation of club favourites from his earliest days behind the mixer. “So Low is an occasional night at The Poetry Club in Glasgow where I play some of the music I played when I first started DJing back in 1987,” McIvor explains.

“At that time the audience I played to mostly loathed what I was playing and rarely danced, but then shortly after, when house music arrived, I found a different audience who actually liked to dance.”

At the request of his wife, and some friends who were too young to hear these songs in the club at the time, he now runs the So Low night as an excuse to give records by the likes of Front 242 and Chris & Cosey another airing. “It has an extremely enthusiastic audience, a joyous atmosphere and is the antithesis of what a club in Scotland playing this music nearly 30 years ago would have been like,” he explains.

The So Low compilation focuses on some lesser known stars of cold wave, from UK and European minimalists like P1/E, Colin Potter and Gerry & The Holograms, to US industrial band Hunting Lodge and avant-garde San Francisco collective Tuxedomoon, as well as a number of French and Belgian acts such as Siglo XX, Front 242, Marc Verhaeghen’s The Klinik and Clair Obscur.

Teaming up with The Vinyl Factory for the releases, McIvor has also enlisted contemporary cold-wave fans Powell and Helena Hauff to provide remixes for their favourite tracks on the compilation, which seems like a very good idea to us.

Check out the artwork and tracklist below, and look out for the compilation on February 19 on 2xLP, CD and digital, with the remixes following soon after.