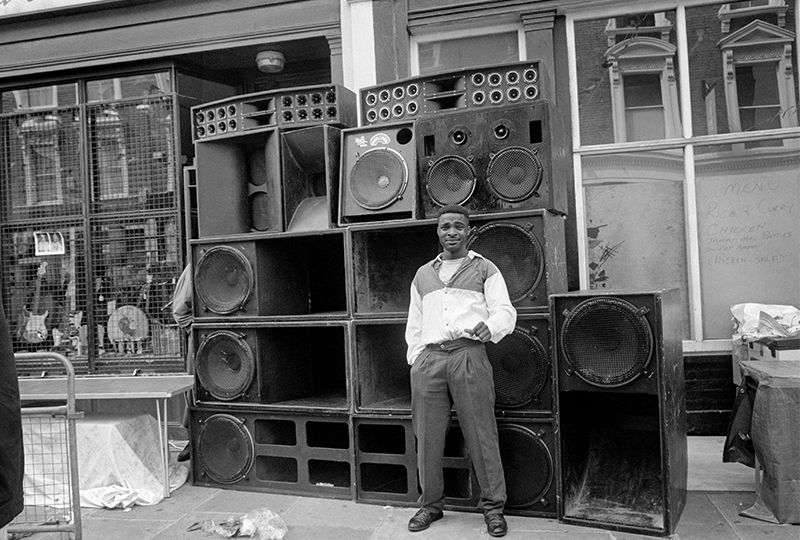 A new exhibition celebrating the legacy of dub reggae in London – called Dub London – is opening at the Museum of London this May.

Listen next: A two hour mix with reggae icons Channel One Sound System.

Dub London will explore both the musical and cultural impact of dub reggae over the past fifty years, spanning from its influence on drum and bass, garage and hip-hop, and pop, to other artistic and community-orientated realms.

Alongside imagery, audio and objects, Dub London  includes Channel One Sound System’s speaker stack, which has featured at London’s Notting Hill Carnival since 1983 as well as a record shop.

“Reggae record shops are very significant because when people came to London through Windrush, the primary way of finding out what was happening back home was through music”, says Papa Face. “They were a meeting point, a place for social gatherings and a main part of the community back then”.